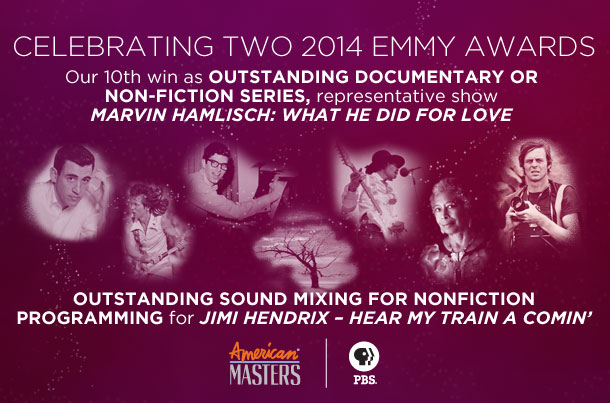 “The entire American Masters team and WNET couldn’t be more thrilled with our Emmy nominations and wins. The field of documentary filmmaking is getting very crowded these days, yet American Masters continues to set an unrivaled standard for excellence. Here’s hoping that our remarkable roster of upcoming films generates the same kind of excitement with Emmy voters next year!”

Marvin Hamlisch: What He Did For Love (representative film)
Dori Berinstein, Producer

American Masters a production of THIRTEEN for WNET 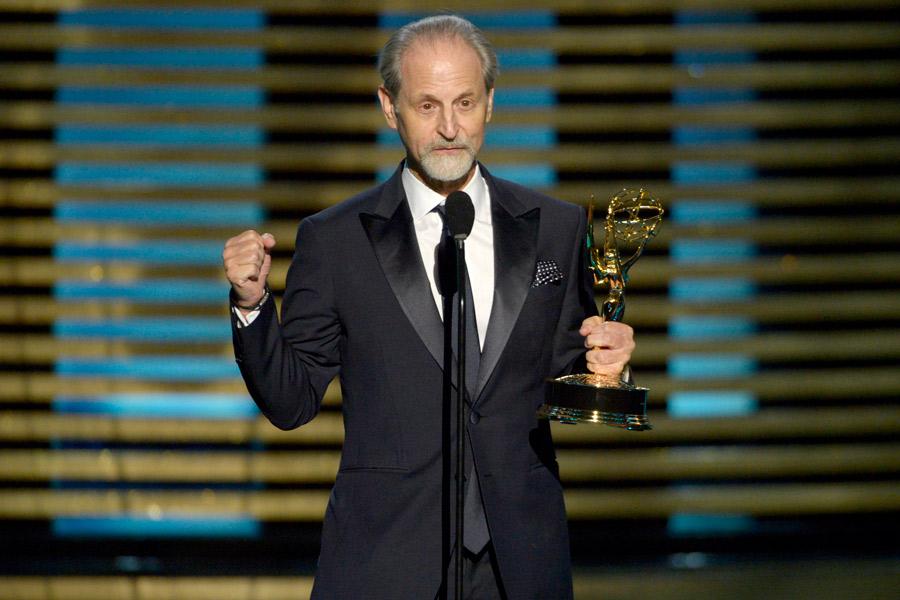 Marvin Hamlisch: What He Did For Love: premiered December 27, 2013

“The Way We Were,” “Nobody Does It Better” and scores for “The Sting,” “Sophie’s Choice” and the Broadway hit “A Chorus Line” made Marvin Hamlisch the go-to composer and performer for film, Broadway, every U.S. President since Reagan, and concert halls worldwide. Hamlisch won four Grammys, four Emmys, three Oscars, three Golden Globes, a Tony Award, and a Pulitzer Prize before his death in 2012. Dori Berinstein is the film’s director, producer and writer.

Jimi Hendrix – Hear My Train A Comin’: the 90-minute director’s cut of the two-hour film that premiered November 5, 2013

Directed by Bob Smeaton, the film traces the legendary guitarist’s remarkable journey from his hardscrabble beginnings in Seattle, through his stint as a US Army paratrooper and as an unknown sideman until his discovery and international stardom. With previously unseen footage of the 1968 Miami Pop Festival, home movies, and interviews with those closest to Jimi Hendrix.

For the first time, American Masters profiles a sports figure, Billie Jean King: a deliberate woman who has been a major force in changing, and democratizing, the cultural landscape. James Erskine is director, producer, and writer of the film.

Director Shane Salerno’s 10-year investigation gets beyond the author’s wall of seclusion. American Masters’ 200th episode is the never-before-seen director’s cut of “Salinger,” featuring 15 minutes of new material. The intricately structured mystery reveals how World War II influenced his life, his writing methods, his relationships with young women, and literary secrets he left behind after his death.

The first film biography of writer and activist Alice Walker. Most famous for her seminal novel “The Color Purple” for which she won a Pulitzer Prize, Walker was raised in poverty in the rural South during the violent and seismic social changes of mid-20th century America. Women, poverty and civil rights became the inherent themes in her writing. Directed by Pratibha Parmar.

The first big-picture exploration of the environmental movement, spanning 50 years of activism. Chronicling the largest movement of the 20th century, the film tells vivid stories about people fighting – and succeeding – against the odds, from the Grand Canyon to Love Canal, from the oceans to the Amazon. A film by Academy Award-nominee Mark Kitchell.

Plimpton! Starring George Plimpton as Himself : premiered May 16, 2014

Co-founder of The Paris Review and a participatory journalist George Plimpton (1927–2003) was a fascinating journalist who lived fully, strangely and incredibly. With George Plimpton’s own narration, the film includes extensive archival footage of his sport stunts and participatory journalism gigs, and interviews with friends, family and contemporaries. Directed, written and produced by Tom Bean and Luke Poling.