This year marks the 80th anniversary of Zora Neale Hurston’s best-known novel Their Eyes Were Watching God. Though the book is currently hailed as one of the most important in American literature, its initial reception wasn’t completely rosy. Richard Wright, often considered Hurston’s chief literary rival, wrongheadedly criticized her novel for not explicitly addressing the “race problem,” and for allegedly choosing sensuality over social commentary. 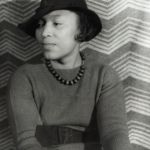 I, too, met the novel with a certain amount of skepticism. I first encountered Their Eyes Were Watching God like many young people coming of age in the late-20th century, in an introductory Women’s Studies course. While I can’t recall much of the classroom conversation on the novel, I do remember not being particularly impressed by the book. Unlike Wright, I source my early lack of reverence to my limited understanding of one of the novel’s salient and enduring themes: love, in the context of Black American life. I would eventually come to realize just how radical this meditation on love and self-determination was, and why it was so audacious that Hurston set her heroine’s romantic adventures in the poor, rural South.

A First for a Black Female Protagonist

As a young undergraduate student, I couldn’t fully appreciate the extent to which love permeates the pages of Hurston’s work. Their Eyes Were Watching God centers a Black heroine’s sensuality in a way that was uncommon in American literature at the time of its publication. Take for instance the novel’s opening metaphor, in which a flower budding illustrates protagonist Janie Crawford’s first encounter with romantic desire:

“It was a spring afternoon in West Florida. Janie had spent most of the day under a blossoming pear tree in the back-yard. She had been spending every minute that she could steal from her chores under that tree for the last three days. That was to say, ever since the first tiny bloom had opened. It had called her to come and gaze on a mystery. From barren brown stems to glistening leaf-buds; from the leaf-buds to snowy virginity of bloom. It stirred her tremendously.”

Something special is happening to Janie in this moment; that bud, surrounded by barren branches, holds the mystery of life, love, and sex. But unless one has seen this blooming play out season-after-season, one probably won’t easily recognize the wonder. To the contrary, Janie’s grandmother, Nanny, knows what’s in store just by watching the first beguiling flashes of love and lust flicker across Janie’s face as she kisses the neighbor boy, Johnny Taylor. And knowing such, Nanny attempts to snuff out Janie’s bud with marriage. Hurston’s narrative, then, is a resistance to Nanny’s respectability politics, which seek to limit with propriety Janie’s sensuality and sexual autonomy.

The Audacity of Situating Love in the Rural South

Nanny, living in the wake of slavery’s oppression, struggles with Janie’s budding identity as a modern woman, one free to love who and how she chooses. This tension of grasping towards a future of unbridled blackness while also being weighed down by a history of chattle slavery was a theme common to many Harlem Renaissance writers attempting to create what a scholar of the period, Alain Locke, described as the “New Negro.” The New Negro stood in opposition to the “Old Negro.” In his introductory essay to the benchmark anthology of the Harlem Renaissance, The New Negro: An Interpretation, Locke describes the antiquated artistic representations of blackness that modernity has ushered out. He decried “the day of ‘aunties,’ ‘uncles’ and ‘mammies’” over. In its place, a new type of black experience was made possible.

For many of Hurston’s artistic peers, creating art during the Harlem Renaissance meant focusing on the black experience with the Great Migration, which was the movement of millions of black Americans from the rural South to the urban North. Many of the migrants left their familial homes to avoid the threat and violence promised by white supremacists, or a general desire to escape a land soaked in too much bad blood, or to find work and opportunities in an increasingly industrialized urban context. These “New Negroes” were often imagined as the antidote to the historical pain associated with the black, Southern experience.

For Hurston, unlike her peers and scholars like Locke, black rural life needn’t be synonymous with the “Old Negro” and, thus, the region needn’t be left behind for something new. Instead, she saw black culture, in all its geographical incarnations, as constantly developing and recreating itself. So while Janie Crawford spends the bulk of Their Eyes Were Watching God literally traipsing through the Florida muck and surrounded by black men and women who would sound a lot like the “mammies” and “uncles” against which Locke warns, Hurston is intent of bringing these characters into the modern era. Love was the vector through which she allowed her readers to see the modernity of rural blackness. Hurston’s work asks if it is possible to be a free, black woman and be in love? And if those two might be possible, how would that love look and what would one have to do to get it?

“[Hurston] shows us that it is possible for all black women, no matter their location or socio-economic status, to be worthy of a love they desire.”

The relationship between Janie and Nanny is symbolic of the generational shift that Locke details, without removing it to an urban setting. For Hurston, a New Negro woman has the capacity to love as she sees fit, no matter her region. In another moment we see Nanny explain to Janie how impossible it was for someone of her generation to imagine experiencing love, security, and freedom: “Ah was born back due in slavery so it wasn’t for me to fulfill my dreams of whut a woman oughta be and to do.” Nanny dreams of the stability and hetero-normative domestic life that was denied to her as a formerly enslaved person. However, this dream isn’t Janie’s and she responds to Nanny’s proposal that she marry a man very senior to her by stating she’d, “ruther be shot wit tacks then tuh turn over in de bed and stur up de air whistles his is in dere.  He don’t even never mention nothin’ pretty.”

New Possibilities for the Look of Black Love

The aesthetic possibilities of love, not the pragmatic, are what matter to Janie Crawford. We follow Janie’s journey through life as she attempts to follow her heart in search of romantic love that is fulfilling to her emotionally and physically. When Janie finally meets Tea Cake, a man at least a decade her junior (as she’s in her forties by the time this love comes), we realize that Hurston is offering us a number of revolutionary possibilities: first, that financial security needn’t be the foundation of a modern black women’s love; second, that romantic love isn’t merely for the young; and third, that modernity doesn’t only happen in the city.

This is what I’ve learned to value most about Hurston’s representation of black modern womanhood: she shows us that it is possible for all black women, no matter their location or socio-economic status, to be worthy of a love they desire. The reclamation of that space and possibility may not seem revolutionary, but history continues to show us that black love and freedom are unceasingly difficult to arrange. In Their Eyes Were Watching God, Hurston offers a moving call for black people to embrace a new kind of love, one based upon partnership and not ownership.

“‘Their Eyes Were Watching God’ continues to challenge readers to find themselves again and again.”

In her 1942 autobiography, Dust Tracks On A Road, Zora Neale Hurston wrote: “Love, I find, is like singing. Everybody can do enough to satisfy themselves, though it may not impress the neighbors as being very much.” These are world-weary words. Not negative, but deeply understanding of the difficulties of human interactions. In that sense, Hurston offers her readers the chance to consider the difference between romance and reality. The latter has the responsibility of reckoning with life and death.

Eighty years after its introduction to the world, Their Eyes Were Watching God continues to challenge readers to find themselves again and again, just like Janie does. With every return to the book, I learn a bit more about the importance of the radical embrace of love and new ways to imagine freedom.