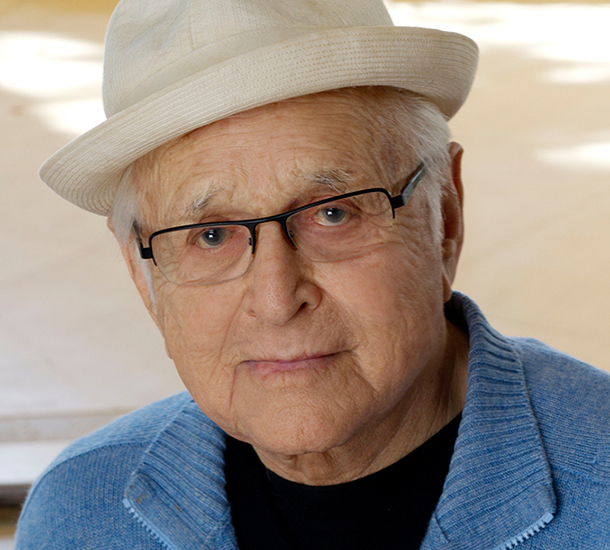 Update Dec. 8, 2015: The film will we be titled American Masters – Norman Lear: Just Another Version of You and premiere at the  Sundance Festival in 2016.

Today, Loki Films and THIRTEEN’s American Masters series announced they are co-producing a new documentary about television legend Norman Lear (born July 27, 1922). American Masters: Norman Lear (w.t.) is expected to premiere on PBS during Fall 2016. Largely responsible for the explosion of bold American television in the 1970s, Lear’s name is synonymous with the sitcom. At the peak of his career, approximately 120 million viewers tuned into his shows every week.

With unprecedented access to Lear, his work and his massive personal archives, American Masters: Norman Lear (w.t.) will combine stories from his turbulent childhood and early career with his groundbreaking TV success and social activism. The documentary will also feature colorful stories from Lear’s family, friends and collaborators, including John Amos, George Clooney, Marla Gibbs, Alan Horn, Louise Lasser, Bill Moyers, Mary Kay Place, Carl Reiner, Rob Reiner and Russell Simmons. These stories showcase how Lear set out to make people laugh, but ended up doing so much more, while creating some of the greatest moments in television history.

“It’s astounding to be a subject of American Masters when in your heart you know you are still only nine years old,” said Lear.

“Norman Lear is a hero for me and for anyone who makes programs for television. I’m thrilled that we can include him in the roster of distinguished American Masters, and Heidi Ewing and Rachel Grady of Loki Films are the ideal filmmakers to tackle his rich and complex story,” said Michael Kantor, executive producer of American Masters.

“Today as a new ‘golden age’ of television is being proclaimed, it’s a perfect moment to examine the life and storied career of the key originator of brave and meaningful entertainment,” said co-director Heidi Ewing. “Norman is not only a TV legend of times past, but with two projects currently in pre-production at the age of 93, the man is a total inspiration to all of us mere mortals,” added co-director Rachel Grady. Academy Award-nominated filmmakers Ewing and Grady own and operate Loki Films, whose credits include Jesus Camp, DETROPIA for Independent Lens, and Freakonomics.

American Masters: Norman Lear (w.t.) explores how Lear’s TV writing/producing career emerged from the intersection of art and social commitment. Lear’s popular primetime comedies All in the Family, Maude, The Jeffersons and Good Times were reflections of a culture on the brink of significant social change. As opposed to the safer, more conventional entertainment that came before him, Lear brought taboo conversations about politics, race and bigotry into America’s living rooms. All in the Family ushered in a tsunami of artistic risk-taking that continued in other socially conscious Lear series, including Sanford and Son, One Day at a Time and Mary Hartman, Mary Hartman. All character-driven, with theatrical sets and live audiences, these programs changed not only the face of national television but the content of national discourse.

To take American Masters beyond the television broadcast and further explore the themes, stories and personalities of masters past and present, the series’ companion website offers streaming video of select films, interviews, photos, outtakes, essays and more.

Owned and operated by Emmy- and Academy Award-nominated filmmakers Heidi Ewing and Rachel Grady, Loki Films is a New York production company that has been lauded for shining a light on unknown worlds and taking an honest approach to delicate subject matter. Noted films include “DETROPIA” (PBS), “Jesus Camp” (A&E), “12th & Delaware” (HBO), “Freakonomics” (Magnolia) and “The Boys of Baraka” (PBS). Ewing and Grady are members of the Directors Guild of America and the Academy of Motion Picture Arts and Sciences.

As New York’s flagship public media provider and the parent company of THIRTEEN and WLIW21 and operator of NJTV, WNET brings quality arts, education and public affairs programming to more than 5 million viewers each week. WNET produces and presents such acclaimed PBS series as Nature, Great Performances, American Masters, PBS NewsHour Weekend, Charlie Rose and a range of documentaries, children’s programs, and local news and cultural offerings available on air and online. Pioneers in educational programming, WNET has created such groundbreaking series as Get the Math, Oh Noah! and Cyberchase and provides tools for educators that bring compelling content to life in the classroom and at home. WNET highlights the tri-state’s unique culture and diverse communities through NYC-ARTS, Reel 13, NJTV News with Mary Alice Williams and MetroFocus, the multi-platform news magazine focusing on the New York region. WNET is also a leader in connecting with viewers on emerging platforms, including the THIRTEEN Explore App where users can stream PBS content for free.