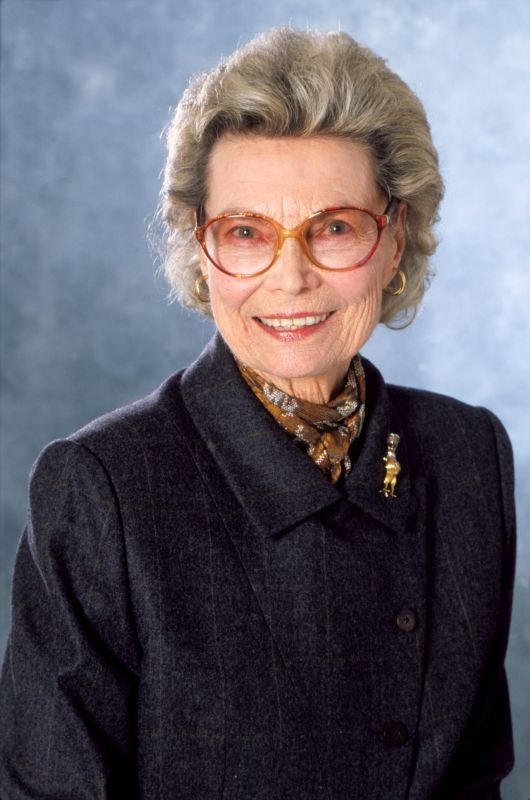 Longtime supporter of American Masters Rosalind P. Walter passed away on Wednesday, March 4.  For more than 30 years, Rosalind had been a remarkable ambassador and advocate for American Masters, and the most generous individual supporter of WNET in its history. In addition to launching American Masters, Rosalind gave extraordinary support to countless programs including Great Performances; NYC-Arts; Treasures of New York; NATURE; PBS NewsHour Weekend; Metrofocus; Amanpour and Company; ALL ARTS, the work of Ken and Ric Burns and countless special programs. Rosalind cared deeply about the quality and educational value of public television. She was an inspiration to the millions of viewers who benefited from her generosity — and who saw her name every evening in connection with their favorite programs. Rosalind will be dearly missed by the entire American Masters team. She was a beloved pioneer and a great friend.

Below are some words in remembrance from individuals close to Rosalind. 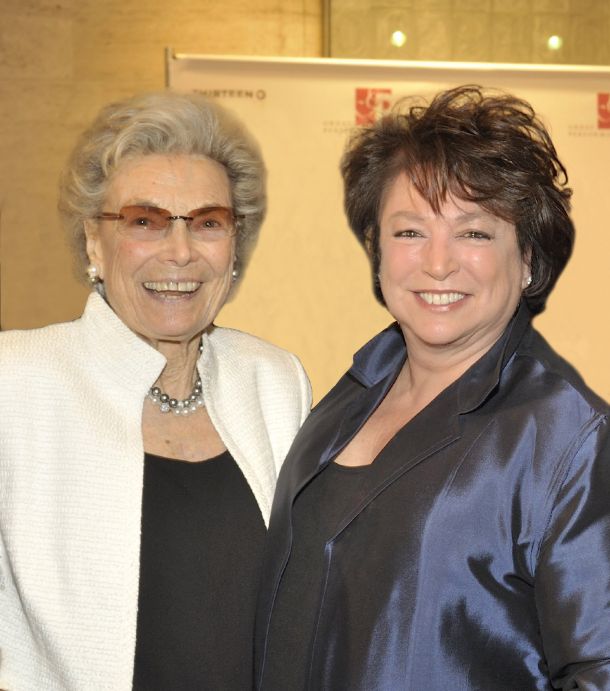 I first met Roz in 1984 at a luncheon arranged by Richard Somerset-Ward who thought she and I might have a lot in common. Boy, was he right. I can’t explain in, but we had an instant soul connection and when I told her my idea for a series called American Masters, she responded immediately.

Now you must understand that up to then, I had not gotten many positive responses to the idea except from the NEA and, of course, from Jac Venza and the Executives at WNET, but I am not sure any of them were truly confident that the series would actually materialize.

But I was like a dog with a bone and when I met Roz, I knew I had met a kindred spirit. Over the years, she was my closest confidant as I navigated the ups and downs of the series and she never wavered in her support. Roz gave generously to American Masters from day one and now, some 35 years later, is still a funder.

But, Roz’s belief in me and the series went way beyond the monetary. Roz fervently believed in the idea of a series which documented and celebrated American cultural genius. As a very smart woman, she understood the significance of creating this archive for the ages and fully supported my commitment to excellence in the creation of these programs, which often meant finding additional means of support. She is the person who brought in Jack Rudin and I know her support mattered a great deal in maintaining the support  of the WNET Board and the leadership of the station when in tough financial times, it might otherwise have wavered.

Roz dutifully watched every program and would call me the next day to tell me what she thought. She didn’t hesitate in her candor. When she loved the program, she said so and when she thought we could do better, she said that too. I admired her for that and for so many other things and we remained very close even after I left WNET to pursue other goals after 30 years at the helm of American Masters.

Roz’s passing leaves a big hole in my heart as I loved her deeply. But, her legacy will live on in the unbelievable number of important programs she supported over the years, We were all very lucky to have her in our midst.

Twenty years ago, Roz offered me three words of wisdom that have guided my work ever since:  “Quality, Quality, Quality.”  Roz was confident that no matter what program you were producing, no matter the style or subject or length, if you created something of the highest possible quality, then people would appreciate it. She innately understood how a meticulously crafted film could have an impact on a national audience of millions of viewers.  Her support for all kinds of public television programming was unparalleled.  I’ll miss her calls.  I’ll miss her enthusiasm.  I’ll miss her pride in work well done. I hope that every time anyone hears the name “Rosalind P. Walter” in the future – and her name will continue to ring out at the beginning of our programs – they will be as grateful as I am that Roz played such an enormous role in chronicling American culture and history.

I first met Roz Walter in 1994, when the phone rang at my office on the Upper West Side. The night before, my colleagues and I had previewed a scene from a film we were working on about the last five decades of the American frontier. Roz had been in the audience, and now was calling to introduce herself and ask how she could help. All the hallmark Roz qualities were immediately on display. An insatiable interest in learning, and an unquenchable desire to help. An incredible, even self-punishing modesty, matched with the fiercest integrity, self-discipline and insistence on accountability. No one ever received just one call from Roz. Every time I ever got off the phone with her, the phone always immediately rang again, usually more than once, to make sure she hadn’t been misunderstood, or said the wrong thing, or created the wrong impression – a relentless self-doubt matched by an almost uncannily acute judgement about people, projects, proposals, public tv.  American Masters would have been impossible without her support – financial, of course, but also moral and editorial – but that’s just the tip of the iceberg.  I know my own films on Andy Warhol and American Ballet Theatre would have gone nowhere without the support she and Susan Lacy provided.  And that’s true of pretty much everything my colleagues and I have worked on since that first call came in 1994. I loved her dearly, and so regret I’ll never pick up the phone and hear her wonderful voice – scratchy, girlish, always with a smile in it, always with a tremor of uncertainty, always worried, always hopeful, and always determined to help.  She was the best. 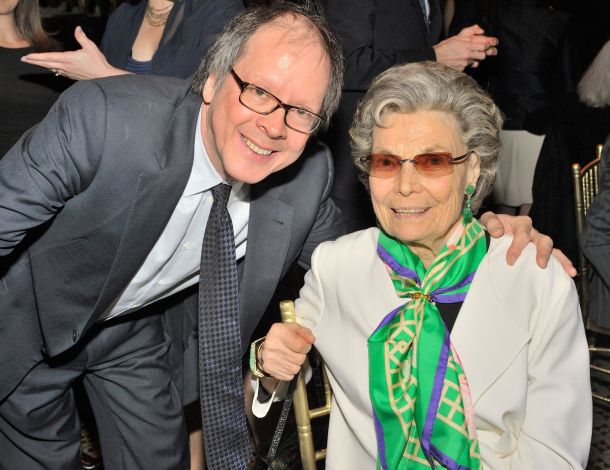