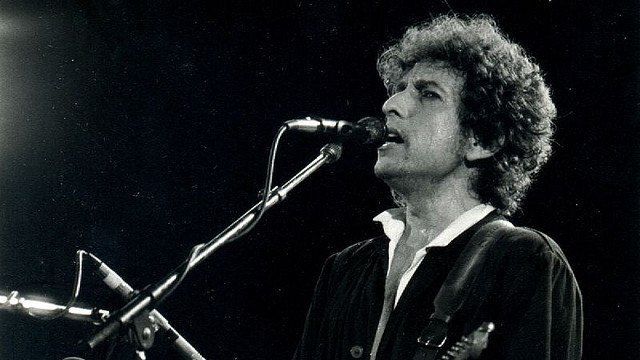 About Bob Dylan: No Direction Home, directed by Martin Scorsese

In an event that has brought together Bob Dylan and Martin Scorsese, NO DIRECTION HOME: BOB DYLAN, a production of Spitfire Pictures, Grey Water Park Productions, Thirteen/WNET New York and Sikelia Productions, in co-production with Vulcan Productions, BBC and NHK, will make its U.S. broadcast premiere on Thirteen/WNET’s award-winning AMERICAN MASTERS series Monday and Tuesday, September 26-27 at 9 p.m. (ET) on PBS (check local listings). Part One will also premiere on September 26 in the UK, on BBC Two on the internationally prestigious series ARENA, closely followed by Part Two. This will be a historic collaboration between the world’s two principal public broadcasters, brought together in a production forged by independent producers Spitfire Pictures. Paramount Home Entertainment will also release a DVD version of the documentary with extensive, additional, never-before-seen footage on September 20. Apple will present the DVD and international version of NO DIRECTION HOME: BOB DYLAN, and is the corporate underwriter of the PBS broadcast.

The two-part film, which focuses on the singer-songwriter’s life and music from 1961-66, includes never-seen performance footage and interviews with artists and musicians whose lives intertwined with Dylan’s during that time. Dylan talks openly and extensively about this critical period in his career, detailing the journey from his hometown of Hibbing, Minnesota, to Greenwich Village, New York, where he became the center of a musical and cultural upheaval, the effects of which are still felt today.

For the first time, The Bob Dylan Archives has made available rare treasures from its film, tape and stills collection, including footage from Murray Lerner’s film Festival documenting performances at the 1963, 1964 and 1965 Newport Folk Festivals, previously unreleased outtakes from D.A. Pennebaker’s famed 1967 documentary Don’t Look Back, and interviews with Allen Ginsberg, Pete Seeger, Joan Baez, Maria Muldaur, and many others. In anticipation of the film, members of Dylan’s worldwide community of fans also contributed rarities from their own collections.

In addition to being the director of such dramatic films as Raging Bull, Goodfellas and The Aviator, Scorsese is an avid chronicler of the history of American popular music. Most recently, he executive-produced the music miniseries The Blues, which aired on PBS, as well as the related concert film Lightning in a Bottle, directed by Antoine Fuqua. Scorsese also directed the documentary The Last Waltz (1978), which captured the legendary farewell concert of The Band, and he served as an assistant director and editor on Woodstock (1970).

In discussing his excitement about the current project, Scorsese remarked, “I had been a great fan for many years when I had the privilege to film Bob Dylan for The Last Waltz. I’ve admired and enjoyed his many musical transformations. For me, there is no other musical artist who weaves his influences so densely to create something so personal and unique.”

Along with Scorsese, NO DIRECTION HOME: BOB DYLAN is being individually produced by Jeff Rosen of Grey Water Park, Nigel Sinclair of Spitfire, Anthony Wall of the BBC’s Arena series, and Susan Lacy of Thirteen/WNET New York’s AMERICAN MASTERS series, which has won the Emmy for Outstanding Primetime Non-Fiction Series five of the last six years.

“When we first began discussing this project years ago, we were overwhelmed by the material at hand – home movies and history-making concert footage, fascinating interviews with Dylan’s friends and fellow performers and, of course, Dylan himself, speaking so frankly about this incredible period in his life,” said Lacy, series creator and executive producer of AMERICAN MASTERS. “What we needed – above all – was an artist with a singular vision who could fuse this material into a unique visual narrative. That artist was Martin Scorsese, who graciously agreed to direct.”

Added Spitfire’s Sinclair: “Bob Dylan is a true cultural worldwide icon. This is the first time Bob has given this unprecedented access, which, coupled with Marty’s outstanding filmmaking talents, should provide an unparalleled portrait of Dylan’s indelible mark on the culture of the 20th century.”

“This is history,” said Wall, ARENA series editor. “As Dylan’s extraordinary career is building to another great peak, it’s also a milestone for the BBC and PBS.”

The film’s soundtrack will be a double CD set comprised of key songs in the film as well as rare and unreleased recordings from 1961 to 1966. Volume 7 of Bob Dylan’s Bootleg Series, No Direction Home: The Soundtrack, is slated for release August 30, on Columbia/Legacy Records.

The Bob Dylan Scrapbook 1956-1966 will be published by Simon & Schuster on September 20 and sell for $45. The book features Dylan’s early years, illustrated and packaged in a slipcased scrapbook complete with rare photographs, removable documents, reproductions of memorabilia, and a 45-minute CD. This unique book features interviews, archival photographs, and reproductions of song lyrics, plus other rare materials drawn from the film.

To order a copy of Bob Dylan, please visit the American Masters Shop 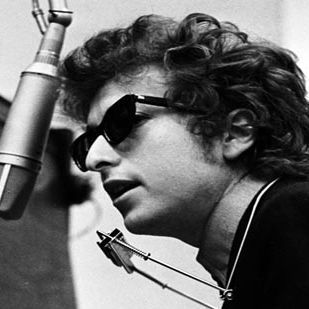