A native of New Orleans, Christian Scott is a modern jazz music artist, trumpeter and composer. Raised in a family of legendary musicians, Scott’s musical form attempts to “stretch” jazz’s rhythmic, melodic and harmonic conventions to encompass as many other musical forms, languages and cultures as possible: Scott is a contemporary artist defying the expectations of jazz. Scott also challenges how music is taught in universities nationwide and presents music education as a tool of change and an opportunity for a new generation of Americans. Scott has won the Edison Award twice and has been Grammy nominated twice. Follow him on Twitter, Instagram and Facebook. 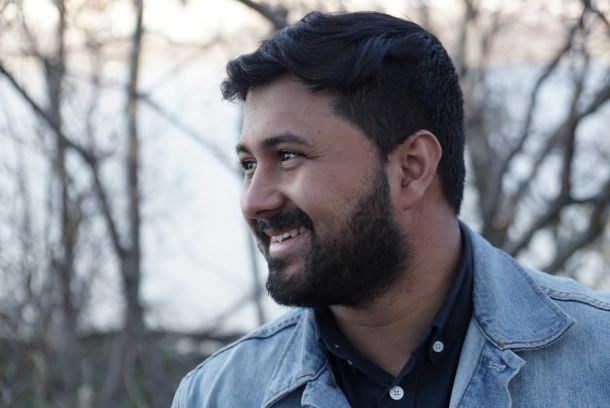 Amitabh Joshi is a director and cinematographer at Vacant Light, a film and media production company based in New York City. His first feature length documentary, Tashi’s Turbine (2014) profiles residents of a small village in the Himalayan Mountains trying to harness wind energy. Amitabh served as co-producer and co-cinematographer on the documentary feature A Little Wisdom which had its US Premiere at The SxSW film festival in 2018. As an MFA candidate he was nominated for a Student Academy Award in 2012 for his film Wonder Welders. Amitabh was awarded the Princess Grace JustFilms Grant in 2012, The Shelley and Donald Rubin Foundation grant in 2013, and Center for Asian American Media Documentary Fund in 2014. Joshi has worked as a cinematographer for Art21 and numerous documentaries. In 2016, Joshi was accepted into Lincoln Center Film Society’s Artist Academy at the 2016 New York Film Festival where he received mentorship and was recognized for his work in the field thus far. Follow him on Twitter and Instagram. 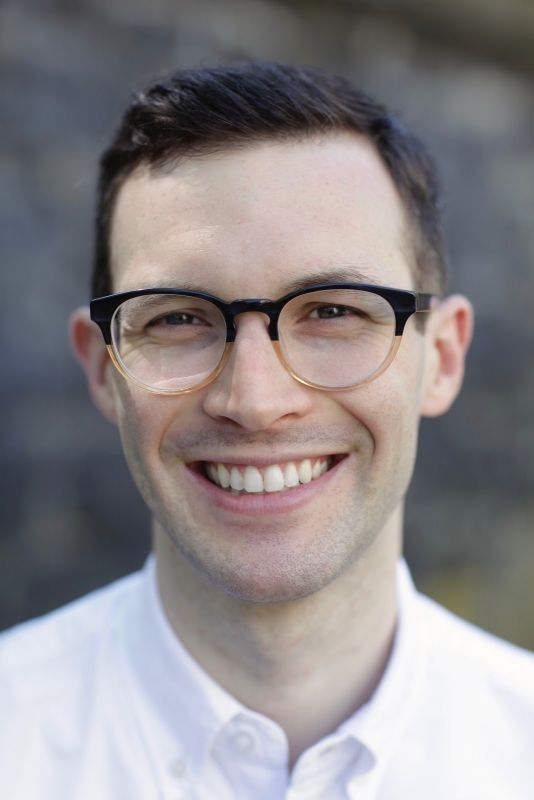 Erik Spink is a director/producer at Vacant Light, a film and media production company based in New York City; he is a lifelong resident of the Bronx. Spink’s work in film, television, and digital media has been focused predominantly on non-fiction storytelling. Additionally, Spink has worked with brands and non-profit organizations creating original moving image projects across all platforms.  Spink was the producer of Amitabh Joshi’s feature-length documentary film Tashi’s Turbine, which aired on PBS’s WORLD Channel in 2016. In 2017, Erik was nominated for Impact Partners’ Emerging Producers Fellowship. Erik serves on the faculty in the MFA for Social Documentary Film department at The School of Visual Arts. He earned his Bachelors of Arts in Cinema Studies at SUNY Purchase College and an MFA in Social Documentary Film from the School of Visual Arts. Follow him on Twitter and Instagram.

(upbeat music) - I grew up in the Upper Ninth Ward of New Orleans, as it was called at the time, two blocks away from William Frantz Elementary School, which is the first desegregated school in this country.

It was desegregated by Ruby Bridges when she was a little girl.

(upbeat music) I started to see that the only moments where they could let that go a little bit was when the music was around.

Sound seems to have some power here.

If I could create a space musically that showed that all of the cultures could essentially occupy the same spaces, then maybe I could heal that sort of rift.

(saxophone playing) Thank you guys for coming out.

I'm gonna play this last composition for you.

It's written for my grandfather.

It's called The Last Chieftain, and it's about love.

(audience clapping and cheering) (slow piano music) (upbeat instrumental music) (trumpet playing) When people think about jazz and New Orleans and these sort of things, one of the things they don't think about is the fact that this music is originally a fusion.

People all the time, they ask me, what is my music, what do you call it, how do you think about it, and to me, it's blues.

Jazz and blues are synonyms for each other, and that jazz was just blues that learned to speak all languages.

(clapping) Historically, when we speak about music that has a higher melodic and harmonic content, we speak of those forms of music as being sophisticated and nuanced and regal and beautiful.

Usually, when you speak to cultures of music that are more rhythmic, the adjectives that we use to describe that music is usually a little harder, when someone says tribal or street or ghetto and these sort of things.

For someone that cannot hear the harmony and rhythm, they may just listen to that and say, it's just someone beating on drums.

(laughs) (bass thumping) I love that though.

(bass thumping and clapping) - Okay, when you write this as a MP3, can you write one with the claps and one without?

(tribal music) I think what most people know about my family background starts with my grandfather.

He is the only man to be a chieftain of four different tribes or clans of Black Indians in Louisiana.

My grandfather was a frighteningly intelligent person.

He was also a person that was concerned with creating environments where people felt love and welcome.

- [Cara] I remember the first thing I beaded for you.

- [Cara] Those were the first two things.

- I remember the little boy, though, sitting down-- - Yeah, that was second. - And a smoke signal.

These Adidas Y-3s and all this stuff is really cool, but when I put the ceremonial regalia on, these are my clothes.

- The reclaiming and recalling is one thing, but there's also a concept called knowing and it's probably best described as a feeling.

When you go to a second line parade, it's automatic. - Right, yes ma'am.

Mother is the word for God on Earth and I'm valid, I'm very grateful for you.

I love you too, honey.

- [Man] You can take a picture right here, man.

Me and my little brother.

(slow music) (chattering) If you think about how music is disseminated to you historically, the music is actually hyper-racialized, and that causes a lot of tension.

It's like if I asked everybody in the room to visualize a Western classical musician and then I asked you to visualize a trap musician or a salsalero, you see completely different people, right?

If I say a Western classical musician, do you see me?

This music is really centered around trying to find, to try and find a way to de-colonialize music.

- You know how we was colonized?

- Take all that away and have us all together.

(trumpet playing) - What we're talking about here is as American as it gets.

We're talking about things that deal with the African-American experience and the First Nation experience in this country.

It's really hard to have this place if those folks didn't exist, so it's really American, too, it's just the way that it's being broadcast is different.

It's showing a different narrative to the American tapestry as opposed to the one with apple pie and crossing the Delaware.

(trumpet playing) Thank you all so much.

We'll see you all later.