Lillian Gish called him “the father of film” and Charlie Chaplin called him “the teacher of us all.” At the pinnacle of his worldwide prominence, D.W. Griffith screened his films for the urban working-class as well as for presidents at the White House. Griffith’s films became part of history in the making—unleashing the power of movies as a catalyst for social change. 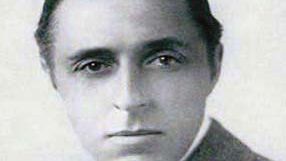 “To watch his work is like being witness to the beginning of melody, or the first conscious use of the lever or the wheel; the emergence, coordination, and first eloquence of language; the birth of an art: and to realize that this is all the work of one man.” – James Agee

Lillian Gish called him “the father of film” and Charlie Chaplin called him “the teacher of us all.” At the pinnacle of his worldwide prominence, D.W. Griffith screened his films for the urban working-class as well as for presidents at the White House. Griffith’s films became part of history in the making—unleashing the power of movies as a catalyst for social change. More than anyone of the silent era, he saw film’s potential as an expressive medium, and exploited that potential.

The man who would become America’s most famous mythmaker was born in 1875 on a poor Kentucky farm. Griffith’s father, a former Confederate officer wounded during the Civil War, died when Griffith was just ten. A quiet boy given to reading, Griffith had little formal education, but spent much of his free time in the library. As a young man he was determined to become a playwright and left home to learn his craft as an actor. For twelve years he crisscrossed the country, acting in minor productions, learning how to tell a story and how to sell it.

Griffith played a number of roles as an actor before agreeing to move behind the camera as a director at the Biograph Company. During his five years at Biograph, Griffith took the raw elements of moviemaking as they had evolved up to that time — lighting, continuity, editing, acting — and wrought a medium of extraordinary power and nuance. Early short films such as A CORNER IN WHEAT (1909), FIGHTING BLOOD (1911), and UNDER BURNING SKIES (1912) show the hallmarks of Griffith’s style already emerging: crosscut editing to build tension, acute observation of details to heighten reality, and the use of the camera as a vehicle for expounding his views on society. Determined to get beyond the short format films, he left Biograph and began working on what would be his most famous production.

Made in 1915, BIRTH OF A NATION was the first masterpiece of cinema, bringing to film the status accorded to the visual and performing arts. A story of the Civil War, BIRTH OF A NATION captured the violence, the spectacle, and the excitement of the war. Using extreme and dramatic camera angles and complexly interweaved edits, the film brought an event to life unlike any film had done before. The film, however beautiful, was a sad testament to the deep prejudice of the times and black audiences were outraged by the racist distortion of history. Viewed as a contributor to the rise of the Ku Klux Klan, the film caused riots in a number of black communities.

Griffith’s next film, INTOLERANCE (1916) was, paradoxically, a plea for brotherhood and understanding as well as a polemic against the radical social reformers who had demanded that THE BIRTH OF A NATION be censored. The film marked a new standard in film spectacle and in narrative complexity, intertwining four separate stories from four different historical eras. Following INTOLERANCE with BROKEN BLOSSOMS (1919) and WAY DOWN EAST (1920) Griffith solidified his reputation as America’s preeminent director. He continued to reinvent the language of film, astounding people with epic stories, simultaneous narratives, sophisticated set design, and extensive traveling shows which accompanied his films city to city.

BROKEN BLOSSOMS was the story of a tender love between a Chinese man and a young girl with a brutish and bigoted father. The beautiful and emotionally explosive film was the first from Griffith’s new production company, formed that same year. The company, United Artists, brought Griffith together with the three greatest performers of the day; Douglas Fairbanks, Charlie Chaplin, and Mary Pickford. Griffith would spend the next ten years making films with United Artists and Paramount, but would never again reach the fame of THE BIRTH OF A NATION or INTOLERANCE.

As the 1920s roared on, Griffith’s films seemed more and more old-fashioned, and no longer appealed to the younger audiences. A Victorian storyteller, he had become temperamentally and artistically out of sync with his times. Though he had almost single-handedly invented the art of modern cinema, Griffith spent the last fifteen years of his life unable to find work. On July 23, 1948 he died in a small Los Angeles hotel. In the wake of his death and the coming of age of the movie industry, D.W. Griffith has taken his place in American cultural history as one of the greatest filmmakers of all time. 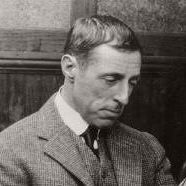