Damon Davis is an award-winning post-disciplinary artist who works and resides in St. Louis, Missouri. His work spans across illustration, painting, printmaking, music, film, and public art. Davis is Co-Director of critically acclaimed documentary Whose Streets?, chronicling the Ferguson rebellion of 2014. Davis has work in the permanent collection at the Smithsonian’s National Museum of African American History and Culture and has exhibited at the Museum of Contemporary African Diaspora Arts (MoCADA), and the San Diego Contemporary Museum of Art. Acclaimed cultural critic/scholar Jeff Chang licensed Davis’ piece, All Hands on Deck, as the cover for 2016 book We Gon’ Be Alright: Notes on Race and Resegregation. The documentary short A Story To Tell (2013), which profiled Davis, his work, and the creative process, won an Emmy Award Mid-America for Best Short Form Program. Follow him on Twitter and Instagram. 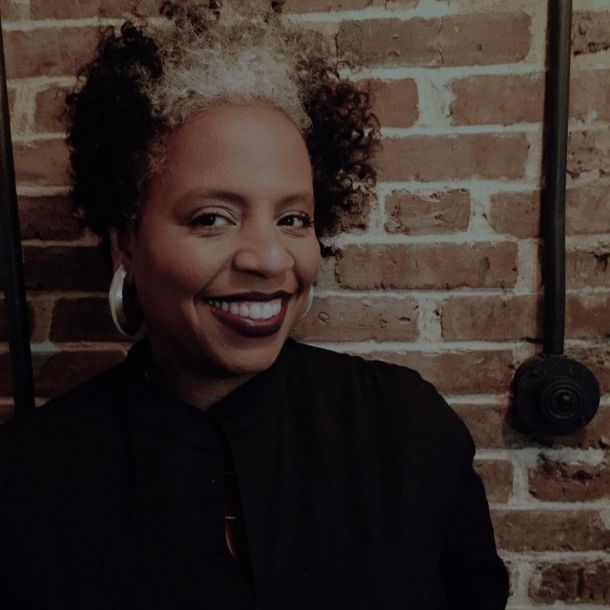 Elissa Blount Moorhead, artist, curator, and producer, has created public art, exhibitions, and cultural programs for the last 25 years. She is currently a principal partner at TNEG film studios, which creates films and time-based-installations. She was awarded the USA Artist Fellowship, Saul Zaentz Innovation Fellowship, Ford Foundation /Just Films/Rockwood Fellowship, Ruby Award, She is currently producing a documentary film on Gil Scott Heron and a projection installation called As of A Now. She is the author of P is for Pussy, an illustrated “children’s” book, and is featured in the new anthology How We Fight White Supremacy: A Field Guide to Black Resistance due out in March 2019. Follow her on Twitter and Instagram.