When she was in her early twenties, Dorothea Lange decided to leave New York City and travel the world with a friend. They only made it as far as San Francisco, where a pickpocket stole all their money and ended their world travels.

Lange had already learned photography through her apprenticeship to photographer Arthur Genthe in New York City. In 1919 at the age of 24, she opened her own portrait studio in San Francisco. She worked many solitary hours there but her studio also became a place where artists came to socialize.

Of her early work as a portrait photographer, Lange said, “I did all the work myself. It was a successful studio. But I worked 18 hours, 20 hours, every day. I really worked. I was determined that I could make that go. And I did.” 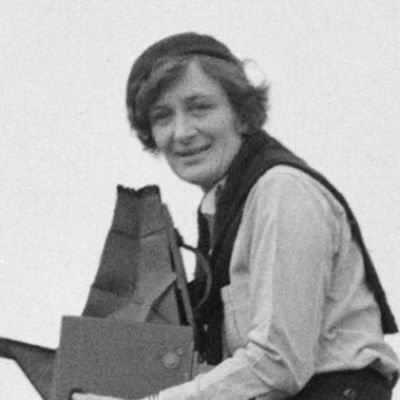