Considered one of the greatest jazz composers of all time, Duke Ellington had an enormous impact on the popular music of the late 20th century. Among his more than two thousand songs are such hits as “In A Sentimental Mood,” “Sophisticated Lady,” “I Got It Bad And That Ain’t Good,” and “I’m Beginning To See The Light.” 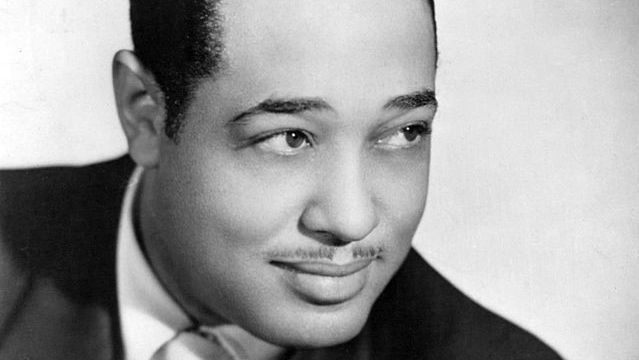 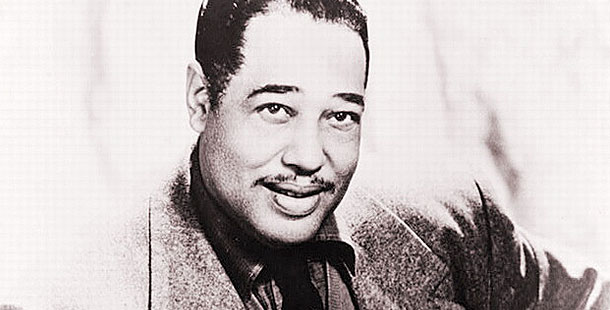 “It don’t mean a thing if it ain’t got that swing.”

Considered one of the greatest jazz composers of all time, Duke Ellington had an enormous impact on the popular music of the late 20th century. Among his more than two thousand songs are such hits as “In A Sentimental Mood,” “Sophisticated Lady,” “I Got It Bad And That Ain’t Good,” and “I’m Beginning To See The Light.” For almost fifty years he toured the world as a band leader and piano player. Today his recordings remain among the most popular jazz of the big-band era.

Born in Washington D.C. in 1899, Edward Kennedy Ellington, better known as “Duke,” began playing piano as a child. His mother, who also played the piano, oversaw his education, and by the time he was seventeen he began playing professionally. Making his name as a piano player in Washington, Ellington started to compose his own music. In 1923 he moved to New York, and the following year formed his own band, the Washingtonians. By 1927, Ellington’s band had found a small base of fans and secured an engagement at Harlem’s famous Cotton Club. This proved to be a major turning point in Ellington’s career, providing him with access to larger audiences through radio and recordings.

In 1931 Ellington left the Cotton Club and began a series of extended tours that would continue for the rest of his life. For Ellington, the big band was not simply made up of five reeds, four trumpets, three trombones, drums, a bass, and a piano; it was made up of individuals. Where other composers had concerned themselves with creating a sound that unified the many instruments into one voice, Ellington believed in letting the dissonant voices of each musician play against each other. He wrote music that capitalized on the particular style and skills of his soloists. For this and many other reasons, his soloists often stayed with him for extended periods. Among the best members of his band were Jimmy Blanton, Johnny Hodges, Cootie Williams, and Harry Carney (who was in the band for nearly every one of its forty-seven years).

In 1939, Billy Strayhorn joined the band as an arranger, composer, and sometimes pianist. The two worked well together, continuing in the tradition that Ellington had built. Strayhorn’s contribution to Ellington’s achievements at the time were significant, and even some of their most popular tunes (such as “Take The A Train”) were written by Strayhorn. Though not as well known as much of Ellington’s other work, pieces such as “Jack the Bear,” “Ko-ko,” and “Cotton Tail” (done between 1939 and 1942), had a profound influence on much of the jazz composition and performance that followed. Though Ellington continued to compose and perform regularly throughout the 1940s and 1950s, the public demand for big-band music had faded. It was not until 1956, with a triumphant performance at the Newport Jazz Festival, that Ellington re-emerged as an important voice in contemporary music.

For most of his time as a composer and bandleader, Ellington underplayed his role as a pianist. Throughout the 1950s and early 1960s he began performing with a number of the other great musicians and composers of the time, making albums that included DUKE ELLINGTON AND JOHN COLTRANE (1962), MONEY JUNGLE (1962, with Max Roach and Charles Mingus), and DUKE ELLINGTON MEETS COLEMAN HAWKINS. Among the younger generations, Ellington was both a symbol of the traditional modes of jazz music and the finest example of how to transcend those modes. The beauty and energy of earlier pieces such as “Mood Indigo” remained alive in even the final years of his life. In May of 1974, Ellington died of lung cancer in New York City. In his more than fifty years as a professional musician, Ellington had been nominated for a Pulitzer Prize, elected to the National Institute of Arts and Letters, awarded a doctor of music degree from Yale University, given the Medal of Freedom, and, most importantly, built the foundations from which much of the best American music consequently grew.

Listen to some of Duke Ellington’s best-known songs and recordings: 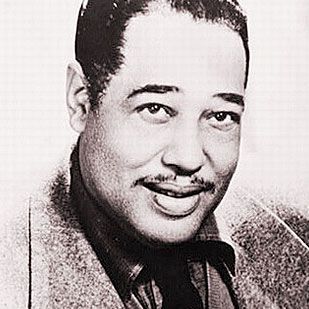 Seven facts to learn about Duke Ellington
How Duke Ellington used his appearance to subvert racist stereotypes, and other ways he fought racism
Performances of “Mood Indigo,” including by Annie Lennox
The story of “Take the A Train,” Duke Ellington’s signature song
Duke Ellington original interview: What is “American Music?”