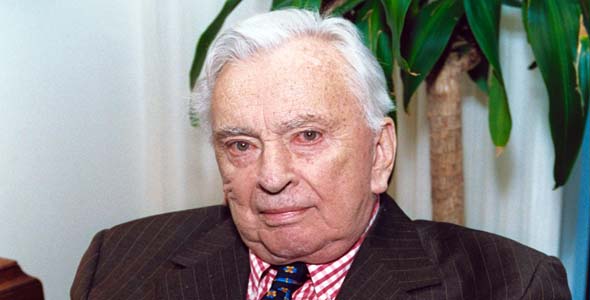 Matt Kapp: How did Gore interact with the camera during the course of production?

Deborah Dickson: Frankly, Gore loves being filmed. After all, his childhood hero was Mickey Rooney and he has always harbored a passion to be a movie star.

MK: What were the biggest challenges of presenting such a complex and prolific life to an audience?

DD: The biggest challenge was to keep such an intellectual portrait entertaining because it’s hard to keep your concentration for 90 minutes of talk and ideas. Luckily, Gore is incredibly witty and funny, so it was a matter if balance and tempo.

DD: I think some people regard Gore as arrogant and rude. He was neither. But then, when you see the famous Vidal-Buckley debate, you definitely see his potential.

MK: He loves the heat of battle. What are the things that anger him the most?

DD: I think he’s outraged by injustice. As he says, “It is injustice that I find gets me going more than anything on earth. If you are in a position to speak out and to change people’s minds and you can take to the airwaves or write, then you ought to do it.”

MK: Why do you suppose Gore continues to win younger fans as he grows older?

DD: Vidal is saying things that few other people are saying in today’s cautious and conservative political climate. Young people who are hearing him for the first time are blown away.

MK: And I think many young fans have gotten to his writing by way of his cameo appearances in movies like Bob Roberts and Gattaca. Not to mention appearances on just about every talk-show since the beginning of time. The untelevised life does not sell as many books. If you met someone at a cocktail party who’d never read a Gore Vidal book but had seen him on T.V. and wanted your advice on which book to buy, what would you say?

DD: My favorites are BURR, LINCOLN and JULIAN. But many people, like you and Harold Bloom, prefer the wildly funny and outrageous MYRA BRECKINRIDGE.

MK: I would say that BURR and MYRA are high on my list, but what really hooked me were the essays. Perhaps it’s because I was coming-of-age politically and intellectually at the time I first read them, but they made an indelible impression. And whereas I don’t write novels, so haven’t gleaned his novelistic style, Gore’s essays are a great lesson in the art of convincing someone of your point of view with wit, humor and occasional wickedness, useful in all kinds of applications. Which writers have most influenced Gore?

DD: Gore Vidal’s initial influences were Petronius and Apuleius (The Golden Ass). They gave him the “courage of example” to be humorous and satirical. He also told us that when he read Thomas Mann at age 13 or 14, “I realized that what he was doing was what I wanted to do. I wanted to do the novel of ideas.” After that, he was influenced by Henry James and Mark Twain. But, as he says, “it’s what gets you going that’s really important.”

MK: At Dee Dee Myers’ party during the 2000 Democratic Convention, Norman Lear greeted Gore as “the original hard-crusted softie.” Do you recall when you first made a personal connection to Gore, when you first broke through the crust?

DD: When we first started filming him in Los Angeles in the summer of 2000, I told him I had just finished reading–chronologically–all seven books of the Narratives of Empire, and Gore was really impressed. He said he’s never done that and was fascinated to know what the experience had been like for me. When I told him I wanted the film to be about the books and to be a meditation on history, he teased me and said nobody reads anymore and they wouldn’t be interested, but I think he was actually pleased. On the ride to our next location, we talked about Proust and James and Edith Wharton and discovered our common loves in literature. So that was a beginning.

MK: What compelled you to focus on the Narratives of Empire to the relative exclusion of his literary “inventions,” several of them bestsellers, such as Duluth, Messiah, and Kalki?

DD: I needed a focus and I felt that history and American politics would be especially fascinating.

MK: Do you recall what your impressions of Gore were before doing this film and what are they now?

DD: I was intimidated by Gore before I met him. I was afraid he’d annihilate me verbally if I wasn’t well prepared. But he couldn’t have been more gracious and accommodating. During the five days we spent in Ravello, he was a wonderful host and kept us enthralled with stories and ideas.

MK: I remember the long and lively walks from La Rondinaia back to the village after each day’s shooting, when the entire crew was abuzz with his ideas and stories. Every crew member who worked on this film told me they’d learned something new from Gore, or he had in some way made them “ransack their own minds,” as Adam Goodheart put it. Gore considers himself an educator. How has Gore educated you? What have you learned from him?

DD: Reading the Narratives of Empire has educated me about American history. Gore’s books made it come alive.

MK: Why has Gore chosen to live at least half of the last 35 years in Italy?

DD: Gore moved to Italy in the early 60’s to have the peace and quiet he needs in order to write.

MK: What is Gore’s relationship to the United States?

DD: I think Vidal is acutely disappointed in the way that the Republic has become a global empire, in his words.

MK: But not a colonizing empire, as Arthur Schlesinger pointed out, although our military has “colonies”–military bases–in every corner of the earth and our military-industrial complex has armed the world to the teeth. But aside from guns, soda & sneakers, we seem to be more an empire of ideas. After all, entertainment is our biggest export. What do you think Gore will be remembered for?

DD: I think that Gore will be remembered for his historical novels, for his invention MYRA BRECKINRIDGE and also as a person who told the truth as he saw it and was unafraid of what people thought of him. 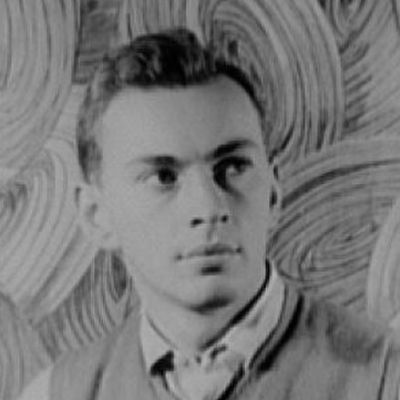