What got you interested in this project? What drew you to Hank Williams?

Everything about Hank Williams interests me. His music, his life. His death. His impact. It’s the kind of subject that one hopes to find. Although there is a cottage industry in books about Williams, there has never been a thorough documentary. That made me feel there was room to do something.

Did you learn anything that surprised you about Williams while making this film?

He is one of those rare American figures who seems to elude simple description. The longer we spent working on Hank, the more his character refused to be pinned down. During his life Hank wrote virtually no letters, gave few interviews and often gave people conflicting ideas about who he was. This has allowed people to project fifty years worth of mythologizing upon him. We went looking for the human side of Hank in the myth and was surprised by many things we found — he was a friend to African Americans in a time and place where that was not the norm, he loved guns and was an avid fisherman, he was a mischievous prankster to his friends, and a voracious reader of both romance and horror comic-books. 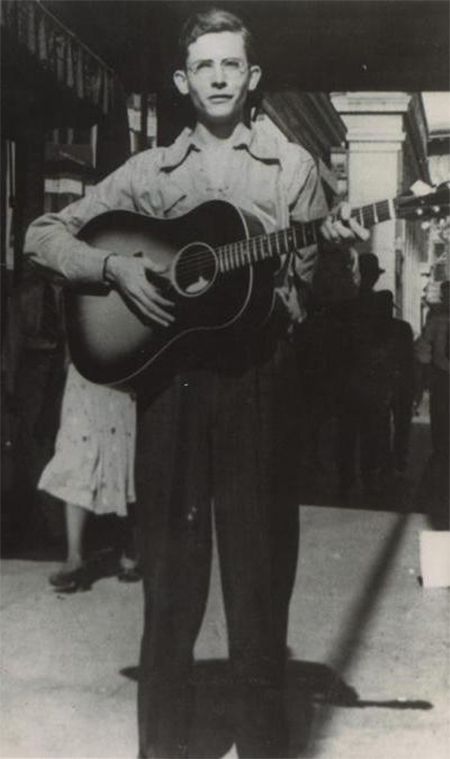 Are there any interesting anecdotes about the filming or, interviewees?

We drove eight thousand miles making this film, spent months shooting throughout the South, not only tracking down the people who knew Hank who were still around, but mostly spending time in the places he did. So much of his world has been erased. Most of his homes in Montgomery and Nashville have been torn down. Most of the clubs he played at and studios he recorded in are gone. We had to look hard to find traces of Hank’s world, but they were there. We found it in places like the Sacred Harp singing in Alabama churches and at Arkey Blues’ Silver Dollar Saloon in Bandera, Texas.

Could you describe the production process, anything about how you chose to shoot the film?

We were determined to do make Hank a multi-dimensional character. This meant that we had to mount a vast research campaign. We talked to hundreds of individuals. We flew all over the country going through collectors’ dusty, forgotten storage spaces. We placed ads in magazines and on TV looking for fresh material on Hank. In the end we did find well over 100 photos of Hank that have never been seen. We also found never-before-seen footage of Hank that even his family and longtime collectors had never heard about. I felt this was extremely important to make Hank come alive even to people who felt they knew everything about Hank.

In addition we talked to over twenty people who new Hank and had never spoken on camera before. Obviously, Hank’s widow, Billie Jean, was at the top of the list and she gave us a run for our money. There was a reason nobody got to her for fifty years. Finally, through a nine-month campaign of letters, 2am phone calls, flattery and two trips to Shreveport, we managed to get her on camera and she was worth the battle.

Were there any additional interviews you picked up along the way, and why you picked them up?
We were surprised to discover many people who knew Hank almost everywhere we went. We interviewed several of them and one or two ended up in the final cut. In Alexander City Alabama, we found a pair of sisters from a black gospel group whom Hank had tried to get to tour with him, over the objections of his management. In Knoxville, we found a porter who helped Hank to his room the night he died. In the end we did about forty interviews, only half of which are in the film. I always feel bad about this. We have, however, placed a copy of everything we shot at the Country Music Hall of Fame and Museum for research.

Were there any problems along the way with the production that you had to deal with?

Hank died half a century ago and many of his friends and bandmates are of advanced age. We felt that we had to hurry to make sure that we got all of the voices we could for the film. Five years from now, it just wouldn’t be possible to make the same type of film — an intimate one — about Williams, and we knew it.

What do you think is Williams’ legacy? Is he as influential now as he ever was?

Hank’s influence is only growing. Hank wasn’t even the biggest star in his day, but he’s the one people are still listening to. Fifty years after his death, his records still sell half a million copies a year. I think it’s because of more than his larger than life persona. His songs are both deeply personal and universal. Just about every major singer/songwriter owes Hank something. And most of them will say it. His influence is there in Bob Dylan, Beck, Neil Young and Elvis Costello, not to mention every country singer. He’s become a symbol of many things, particularly, purity and soul in country. 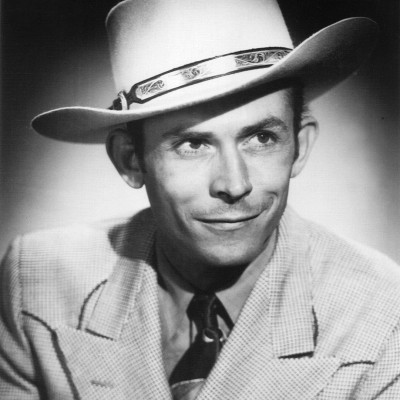