Bebop changed American music but wasn’t taken seriously for much of Charlie Parker’s life. This mid-century popcorn television commercial shows how the public’s perception of bebop was riddled with stereotypes.

NOW STREAMING
Celebrating Bird: The Triumph of Charlie Parker
About the Master 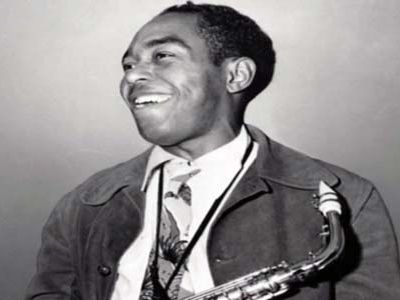 - Another aspect of the bebop thing that was so hurtful and so upsetting to musicians was that people treat it as a joke.

You know, these write ups in 'Time' magazine and 'Life' and so forth, all they concentrated on was Dizzy's beret and the horn rimmed glasses and the goatees and everything but the music itself.

There was no serious attention paid to Charlie Parker as a great creative musician in the general national press and the newspapers and the magazines and radio and television, any of the media, it was just horrifying, how really miserably he was treated.

And this goes for the way Dizzy Gillespie was treated, everybody.

- You mean EZ Pop popped in its own pan?

Why don't you make it with me to the grocery shop?

We'll both dig a pan of this EZ Pop.