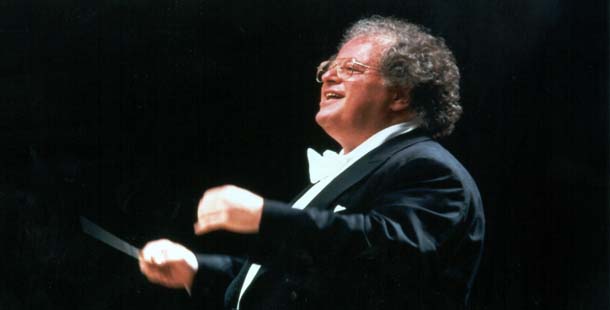 This essay was originally published on the American Masters Web site in conjunction with a rebroadcast of the 1986 documentary James Levine: A Life in Music produced and directed by Peter Weinberg.

“I sometimes say that music chose me because I can’t remember my life without it . . . I feel music gave me a real continuum of creative, constructive life . . . As I look around at other professions in the world, it seems that to have a life in music is the most beautiful life I could imagine.”

It is widely acknowledged that the Metropolitan Opera has gone through a Renaissance over the past 30 years under the direction of James Levine. Levine is known internationally for his virtuoso piano playing, the breadth and depth of his conducting abilities, and his unceasing enthusiasm for opera. More than anyone else working in the field today, Levine has increased the visibility and popularity of opera, while preserving the integrity of the composer’s work.

Born in Cincinnati, Ohio, in 1943, Levine was a child prodigy on the piano, making his debut as a soloist at the age of ten with the Cincinnati Symphony. He studied both piano and conducting at the Juilliard Academy in New York, and in 1963 was invited to be assistant conductor of the Cleveland Orchestra. Working under George Szell, Levine remained in Cleveland for five years, studying the inner workings of a major metropolitan orchestra. In 1971, he made his Metropolitan debut conducting Puccini’s Tosca. Within two years he became the Met’s principal conductor, and by 1975 was the musical director.

As both conductor and director, Levine has worked to raise the level of the ensemble as well as musicians’ individual performances. Over the years, his reputation as a demanding but fair conductor has enticed some of the world’s greatest musicians to the Met. Known for his enthusiasm and commitment, Levine has transformed the Met’s orchestra into one of the most highly valued in the country. Unlike many contemporary conductors, he spends most of the year with his orchestra. He maintains that an ensemble approach, in which the musicians have a voice in the direction of the orchestra, is necessary for a successful performance. At the heart of his directing strategy is a belief in community, and it is this that has made him famous for bringing out the finest performances in his musicians.

While working at the Met, Levine continues to perform as a pianist and to guest conduct. For 20, he was the musical director of the Chicago Symphony Orchestra during its summer residencies in Ravina, Illinois. In Ravina, Levine has been able to cultivate his directing approach in a more spontaneous environment. Conducting throughout the world, he has worked with some of the greatest opera singers of our time, including Renata Scotto, Placido Domingo, Jessye Norman, Samuel Ramey, and Frederica von Stade. In 1986, the Metropolitan Opera created the position of Artistic Director for Levine. As Artistic Director, he has expanded the range of work shown at the Met, performing everything from Brahms to Gershwin to Cage.

It is generally recognized that James Levine’s influence on the success of the Metropolitan Opera is one of the greatest of any director in its history. Through his enthusiastic support of many artists and his Herculean output, Levine has brought a renewed sense of vitality to American and international opera. Today, we can only wait for the next production, and the continued triumph of one of contemporary opera’s great figures. 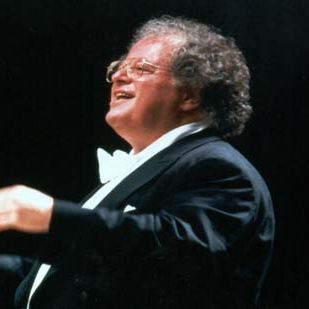