Although she is clearly a child of the great American popular tradition, there is no more serious artist on the contemporary scene than the composer-poet, Joni Mitchell. Her work, like that of Duke Ellington and Stevie Wonder, transcends the limits imposed by the terms “popular” and “serious.” Furthermore, her music-poetry is a remarkable example of the ever-present potential of ancient unity. 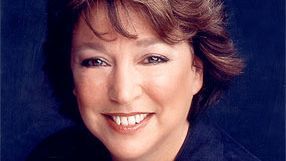 1) How did you find your way through capturing such a complex person as Joni Mitchell?

SL: First, let me say that I hope I did capture her complexity. I certainly tried to. I don’t think any single film could capture every aspect of her life and work, so the first challenge was to decide what I wanted the heart of the film to be.

We know about Joni Mitchell and care about knowing more about her because she has created an extraordinary body of work of great meaning to a lot of people, so I felt strongly that the work itself should be the centerpiece of the film. The idea was to structure the film like a song cycle, using the songs to illustrate chapters and themes in her life. This decision ultimately determined the shape of the film. I also wanted to have complete, or close to complete performances wherever possible.

You’d be surprised, by the way, how often portraits of great artists are about everything but the work and degenerate instead into trivia and gossip. I thought Joni Mitchell deserved a program which captured her greatness as an artist and which spoke to her enduring importance and legacy.

I believe strongly that the structure, shape and approach to each American Masters film should be as individual as the artists we profile and, in general, evoke an overall impression compatible with the spirit and technique of the artist’s own work. Because Joni is a poet and composer whose songs draw on her own life to a large degree, whose imagery and chordal structures are impressionistic and whose work represents a musical and thematic journey, I tried to bring those elements to the film… poetry, impressionistic images, lyricism and story telling through music. The songs and lyrics are carefully chosen for this purpose. The narrative elements which were left out of the film are those things which didn’t relate specifically to her musical and artistic journey.

2) What other challenges did you face in making the film?

SL: A major challenge was that there was practically no existing footage of Joni doing anything other than performing. She was not someone who held press conferences or had camera crews following her around over the years. She has always been intensely private and uncomfortable with that kind of attention. We thanked our lucky stars when we found Simon Montgomery (a major Joni collector) and a few other collectors who miraculously had VHS copies of home-movie footage of the Laurel Canyon scene and other bits of “life with Joni” filmed by Graham Nash during their time together. Even Graham didn’t have the masters of this remarkable footage and neither he nor Joni had seen any of it in over 30 years.

But, with few exceptions, Joni’s life, and thus her music, is very internal. She held strong political views, but did not actively engage with the political and social world stage. This could have resulted in a pretty claustrophobic film, but for the beauty of the performances and the amazing range of photographic images we had to work with.

Selecting the performance material was great fun, but also challenging. Sound was often a problem. When the sound from a performance wasn’t good enough, I would opt not to use it and instead use the song from the CD without the performance.

I wanted, first and foremost, for the film to be a musical, so it was quite a juggling act. Fortunately, there were quite a lot of truly beautiful performances.

3) How did you find the material for the film?

SL: Through digging, lots of hard work and a refusal to give up. The depth of research we did for this film is remarkable. There is not a piece of concert footage or audio/video interview that we didn’t look at. Joel Bernstein, who has probably taken more photographs of Joni over the last 35 years than any other photographer, was extremely helpful in pointing us to collectors and other photographers. He wasn’t familiar with the concert material, but knew when and where Joni performed and whether or not cameras may have been there. We miraculously found the masters of original BBC concert material which even the BBC had lost, because I refused to believe that the one and only time Joni performed “Blue” was forever lost! Perseverance paid off in this case.

4) I heard you play and sing Joni Mitchell’s piano songs. What has playing her music taught you about it?

SL: I have great respect for the complexity of her melody, harmony, chord structure, chord changes, the amazing range of her voice and a great appreciation for her poetry.

5) Tell us about your personal connection to Joni – was she a big influence in your own life?

SL: In my teens, 20’s and even into my 30’s when I was disturbed or needed to reflect on things, I would sit at the piano and play Joni Mitchell songs. When I had children, my favorite song to sing with them was “Circle Game,” which they learned from the time they could sit up. I loved her music then and still do. Her songs were a touchstone to my own experiences and emotions. I grew up listening to Joni Mitchell – going from my teenage years into adulthood.

I saw her as the free spirit we all wanted to be. She represented an incredibly interesting mix of mysticism, beauty, talent, and femininity but, with a backbone of steel. She was doing it her way. Wouldn’t we all like to be like that?

6) What did you learn about Joni you didn’t already know?

SL: I was surprised to find out how funny she is. She has an acerbic wit and is an extraordinary raconteur. Joni should do a one-woman show where she just talks and tells her long stories.

I didn’t know Joni was entirely self-taught. She never had a music or composition lesson. She learned to play the guitar from a Pete Seeger “how-to” record!

I also learned a great deal about Joni’s use of open tunings. These open tunings revolutionized the guitar – it is the equivalent of getting inside a piano and re-stringing it… it was like she created a whole new instrument. I hadn’t realized her influence in this regard.

7) Why will Joni be remembered as one of the greats?

SL: I feel a strong connection to, and admiration for, any artist who refuses to rest on their laurels and repeat themselves because they know it will sell. It takes incredible courage to be that kind of artist. Joni put herself out there not knowing how her new work would be received, and she took the blows that came with it. Joni is one of those rare people who will put herself in the line of fire.

The reason she is so admired by every living musician- across the genres – is that she was always involved in music for the art of it and took what went with that conviction – the good and the bad. As one of our interviewees, Tom Manoff says in the film, “She would not be marketed.” She made some hard and courageous decisions. Very few artists have done that. Her fearlessness did have its consequences, though. She paid a price for choosing to continue to evolve, given the fickle nature of the marketplace, and consequently, lost some of her audience. One reason I wanted to make this film was to bring her music back to the consciousness of her long-time fans and to bring new generations to her work.

Though her music is less known today, her influence is enduring. For example, when Elvis Costello was recently inducted into the Rock and Roll Hall of Fame, he especially thanked Joni Mitchell for her example.

Joni has a pureness of purpose. The truth seeking nature of her work, the mastery of her poetry, her unparalleled voice and virtuosity make her truly unique.

8) On this film you’ve functioned both as the director and as the Executive Producer (EP) of the series. Does this make the process harder?

SL: My overall interest, as the creator and EP of American Masters for the past 18 years, is in the artistry of our films. Of course, I’m concerned about the schedule and the budget, but my primary concern is that we have the material to support the story, and a team in place with the right sensibility to tell the story. I don’t say, “How fast can you do it and for how little money?” I ask myself, “Do we have the rights we need? The footage we need? The best sources of information? The best interviewees?” As the EP, I most often make arrangements with the subjects of the films myself and set up the parameters of the project. I select the filmmaker, making sure there is enough time in the schedule and money in the budget to make a work of art. This is my sensibility and I work closely with each individual director to achieve the best possible film.

I always read the subject’s biography, and, generally, I have already decided there’s a good story to tell. With every subject, there are myriad ways one can go. When I hire a director, I give them the creative freedom to figure out the story. I trust them to be sure the salient facts are there, but I am mostly looking for an original approach to the subject which is stylistically and structurally interesting and appropriate. I read the interview transcripts for at least 50% of our films, so I can evaluate the editing as it progresses in terms of knowing what’s available. I am a sounding board for their idea and I think that can be helpful.

When I am the director, I am the one responsible for determining the approach, style and structure and, while I look for sounding boards, it’s mostly an internal dialogue. 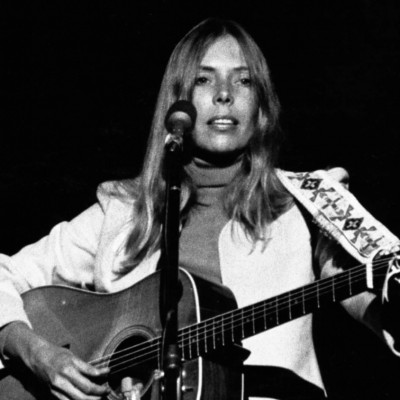