Filmmaker Ligaiya Romero amplifies the life and work of Maia Cruz Palileo, the multi-disciplinary, Brooklyn-based artist who explores themes of migration and the permeable concept of home in her works, inspired by the oral history of her family’s arrival in the United States from the Philippines. 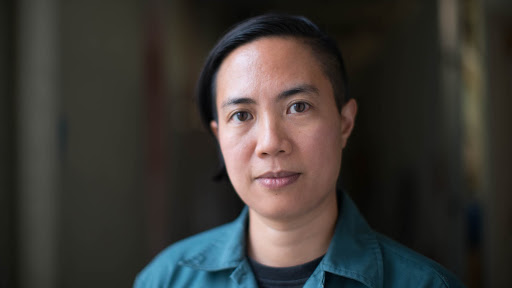 Maia Cruz Palileo is a multi-disciplinary, Brooklyn-based artist. Migration and the permeable concept of home are constant themes in her paintings, installations, sculptures, and drawings. Influenced by the oral history of her family’s arrival in the United States from the Philippines, as well as the history between the two countries, Maia infuses these narratives using both memory and imagination. When stories and memories are subjected to time and constant retelling, the narratives become questionable, bordering the line between fact and fiction, while remaining cloaked in the convincingly familiar. Maia is a recipient of the Joan Mitchell Foundation Painters & Sculptors Grant, Jerome Foundation Travel and Study Program Grant, Rema Hort Mann Foundation Emerging Artist Grant, NYFA Painting Fellowship, Joan Mitchell Foundation MFA Award and the Astraea Visual Arts Fund Award. She received an MFA in sculpture from Brooklyn College, City University of New York and BA in Studio Art at Mount Holyoke College, Massachusetts. 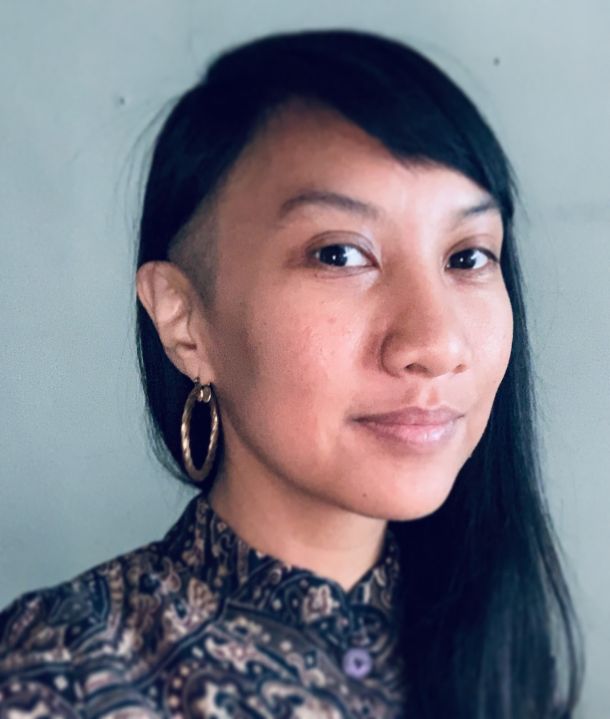 Ligaiya Romero is a documentary filmmaker and visual artist working with collective memory and the decolonial imagination. Based in both Durham, NC and Brooklyn, NY, they are currently working on a documentary film about AAPI-activism in the South. Romero is the Video Producer & Editor for The Argus Project, a transmedia documentary on police violence and citizen counter-surveillance. The project was supported by Tribeca New Media Fund and presented at Tribeca Film Festival. Recently, Romero was a fellow at Firelight Media’s Documentary Lab, a member of the Queer Producers Collective, and a Visiting Professor at UNC-Chapel Hill, teaching documentary film and photography. Follow them on Twitter and Instagram.

A lot of the figures that I end up painting are figures that have a sense self possession and a sense of agency in the gesture or the expression on their face.

(soft music) You have to make what you want to see.

(soft music) (waves rumbling) (soft music) One thing that I admire about people is when I feel like a person is who they are.

(soft music) (waves rumbling) Growing up, (sighs) I wasn't able to be who I am.

(soft music) Growing up, I was this little gay kid and it was so not okay to be gay.

I couldn't even admit it to myself.

And I remember what I read in Seventeen magazine ones, What to do with your secrets.

It was write it down on a piece of paper and then burn it.

(laughs) And I did it. I wrote... I was like the smallest notebook paper I could find.

It's gone now. No one will ever know.

(soft music) I was really good at hiding things.

You gotta be who you are.

It's nice. It's great in here.

But they found this in the caves.

And they're going to the afterlife.

And actually the painting in the front there with the guy ferrying the woman.

That's my Lola, my grandmother.

And she's being ferried into the afterlife.

(chuckles) What kind of fish is that one?

- Aah So this is Kamatis with some Bagoong and- - Mm - Green onions.

That Kamatis is good.

What are you doing?

She looks so cute.

- Look at the big flower in her hair.

(laughs) (soft music) I have this longing to understand the motherland where I came from.

It wasn't necessarily about the Philippines.

(soft music) When I was a teenager, my mom died suddenly.

(soft music) After my mom died.

I just missed her.

(soft music) There's so much that I just didn't know.

I was so young.

(water splashing) So it is not necessarily like, I need to know my roots, but it was more like, I want to know more about her.

My mom was the kind of person that was who she was.

She was a very fierce woman in the world.

I'm really grateful that I had her as a role model in that way.

But she was saying that the purpose of life is to become who you are.

It's terrifying, but it's also like... (scrapping) It feels worse to stay quiet and stay silent.

(scrapping continues) (feet pattering) So these are the photographs that I use for references to make the paintings.

And she has a huge cigar in her mouth.

I guess cigar making was a big industry in the Philippines.

This feeling of rebellion.

(soft music) Over on that wall.

And all of those cut out pieces that you see over there.

Those are drawings that I made from the archive that I studied in Chicago.

- [Isabel] Maia did look at the archives of images that were taken by Dean Worcester, who was an anthropologist at the turn of the century.

He photographed Filipinos to promote this idea of manifest destiny.

The American imperialist mission to have the Filipinos as their 'little Brown brothers.'

- He was pushing this idea that Filipinos were savages.

To really show how in need they were of Christianization, and education and civilization.

The white man's burden and all that.

(soft music) Exoticised then portrayed as other than human.

(switch goes off) (soft music) How do I process all of this?

How do I represent it?

And how do I do that visually?

So when I got back to my studio and I started looking at all of these images again, I really had this urge or this yearning.

I started drawing figures, plants, animals, rocks, mountains, anything that stood out to me and cut them out.

(paper rustling) I felt that it was important to handle them with care.

(paper rustling) Especially this one is so detailed.

The care and the time that I took to do this, to me, that was felt like the antithesis of dehumanizing way that these photographs originally were taken in the archive.

I didn't really know what I was going to do with this.

But through that drawing process, I was removing them from these very fixed photographs and literally taking them out and re-contextualizing them.

Creating a new environment for them.

I was just following an impulse.

To draw, to cut, to reassemble, and then to paint.

(drumbeat music) I think that's where the transformation began to happen in terms of some sort of resuscitation and new life into these figures that could take on a new meaning.

♪ Hey ye ye ye, Oh I sensed that there's something that just continues on through the generations.

Whether it's spoken or not.

There are just some things that can't be erased.

There is some kind of deeper memory that can't really be eliminated.

It continues to live on somehow.