Margaret Mitchell was no ordinary writer. The one book she published in her lifetime - Gone With the Wind won the Pulitzer Prize in 1937, 75 years ago. With over 30 million copies sold to date, it is one of the world's best-selling novels. The film adaptation broke all box office records, and received 10 Academy Awards. Premieres nationally Monday, April 2 at 9 p.m. on PBS (check local listings).

Margaret Mitchell was no ordinary writer. The one book she published in her lifetime – Gone With the Wind – sold millions of copies at the height of the Great Depression in America and won the Pulitzer Prize in 1937, 75 years ago.  With over 30 million copies sold to date, it is one of the world’s best-selling novels. Equally impressive, the film adaptation of Gone With the Wind broke all box office records when it premiered in 1939, and received 10 Academy Awards.

Born in Atlanta in 1900, Margaret Mitchell was a force to be reckoned with until a tragic accident lead to her untimely death in 1949 – a debutante who challenged society with a brazen dance; a reporter who roamed town when tradition called for women to stay at home; and a philanthropist who risked her life in the name of generosity.

“Margaret Mitchell was always a writer and always a rebel,” says Emmy®-winning executive producer/writer Pamela Roberts. “She was captivating and complex. She took chances every day of her life, and she changed the world with her one book, Gone With the Wind. Only Margaret Mitchell could have created Scarlett O’Hara.”

As a debutante from Atlanta’s upper crust, Mitchell challenged the stifling social restrictions placed on women at the time. She was one of Georgia’s first female newspaper reporters and used the money she made from Gone With the Wind to fund many causes, including the education of the South’s first African-American medical doctors.

Mitchell had a charismatic personality and a great sense of humor, but she also dealt with depression and illness. Setbacks in her early life included the loss of her mother and her fiancé as a teenager. A failed first marriage followed, but in spite of all that, she found her soul mate in her second husband, John Marsh, and with his support she wrote Gone With the Wind.

Margaret Mitchell: American Rebel engages leading authors, historians, biographers and people with personal connections to Mitchell to reveal a complex and mysterious woman who experienced profound identity shifts in her life and who struggled with the two great issues of her day: the changing role of women and the liberation of African Americans. Interviewees include friend Sara Mitchell Parsons, Carolyn Equen Miller (daughter of Mitchell’s lifelong arch rival Anne Hart Equen), Pat Conroy (The Prince of Tides), Pearl Cleage (What Looks Like Crazy on an Ordinary Day), Molly Haskell (Frankly My Dear: Gone With the Wind Revisited), Darden Asbury Pyron (Southern Daughter/The Life of Margaret Mitchell and the Making of Gone With the Wind), and John Wiley (Margaret Mitchell’s Gone With the Wind).

Roberts shot extensive reenactments for the film based on Mitchell’s personal letters, which trace Mitchell throughout her life, starting at age three, that show how Mitchell’s upbringing influenced Gone With the Wind. Margaret Mitchell: American Rebel also examines Gone With the Wind’s cultural impact. For some the work was a racial lightning rod, while for others it proved a model for survival. 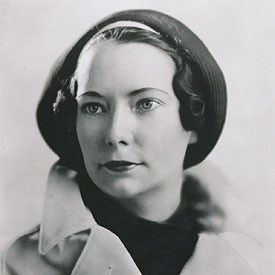 Margaret Mitchell: American Rebel is a GPB production in association with THIRTEEN’s American Masters for WNET. Pamela Roberts is executive producer and writer. Kathy White is director of reenactments. Charlene Fisk is co-producer and editor. Kevan Ward is director of photography.