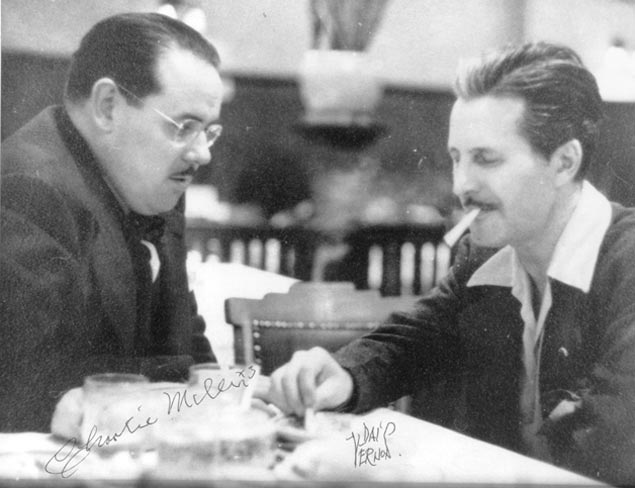 American Master Ricky Jay was introduced to the art of magic and sleight-of-hand by his grandfather, an amateur magician whose master magician friends became Jay’s mentors. “I’ve been really, really, lucky to be around people…and to feel very much part of this ongoing continuum of sleight-of-hand that can be traced back many, many years — more than a century,” says Jay.

Here are the famous magicians and mentors who have taught and inspired the great Ricky Jay. In fact, Jay has said that the reason he agreed to participating in a documentary on his work was to pay tribute to his mentors.  American Masters – Ricky Jay: Deceptive Practice premieres Friday, January 23 at 9 pm on PBS. 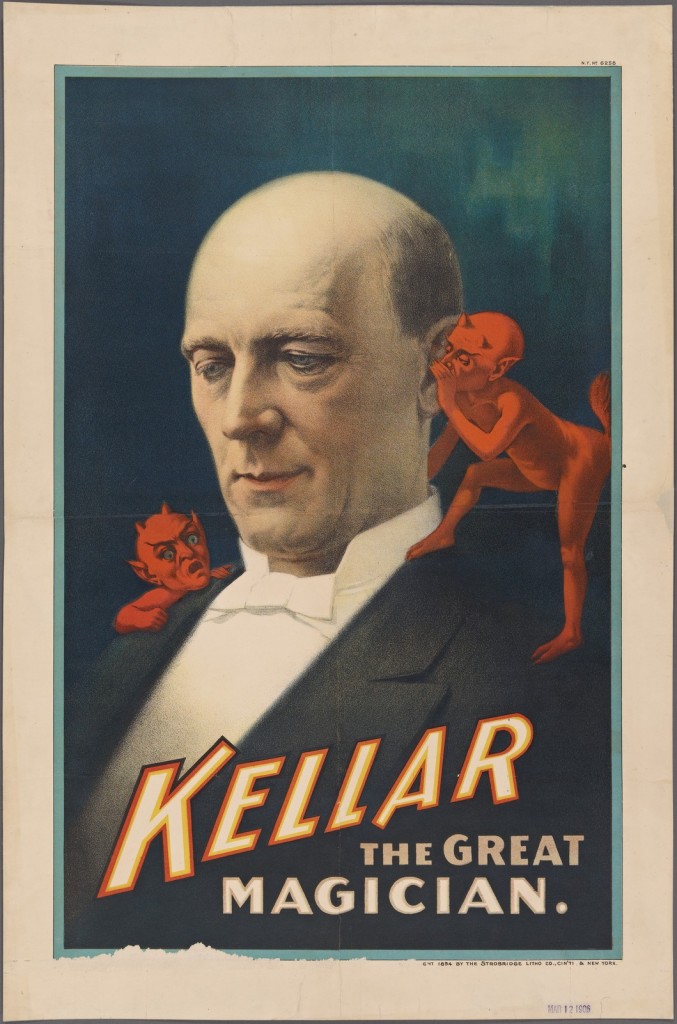 Ricky Jay is the author of the Encylopedia Britannica entry on conjuring, in which he cites Harry Kellar as the most famous American magician of the early 20th century. According to Kellar, a successful conjurer has these qualities: “The will, manual dexterity, physical strength, the capacity to perform things automatically, an accurate, perfectly ordered and practically automatic memory, and a knowledge of a number of languages, the more the better.” 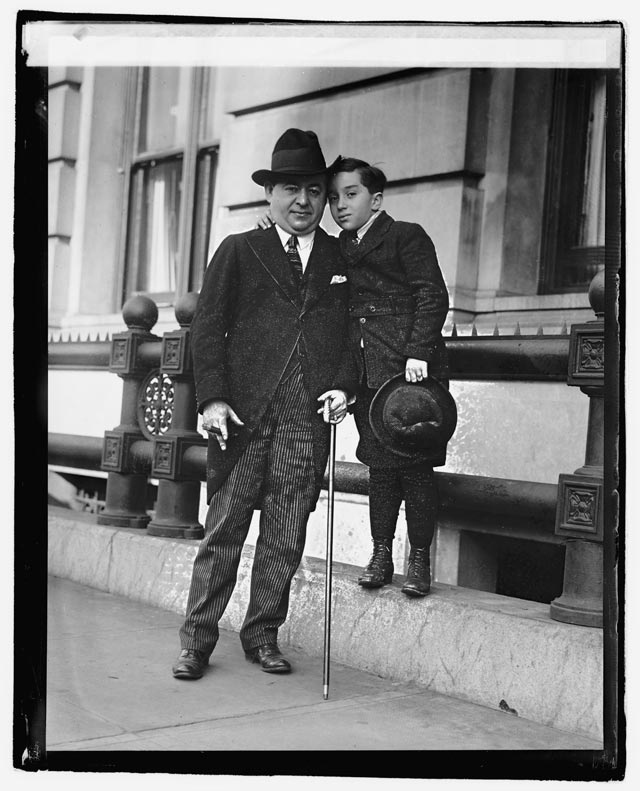 Ricky Jay on Max Malini: “The reason that I love Malini is that he performed in the heyday of the most famous magicians, of people like Harry Kellar and Howard Thurston and Houdini, but he performed entirely without props. He would literally walk into the houses of the rich and famous — that’s where he would perform — and come in empty-handed and borrow a deck of cards, a handkerchief a couple of coins, a piece of fruit, and somehow create miracles.” 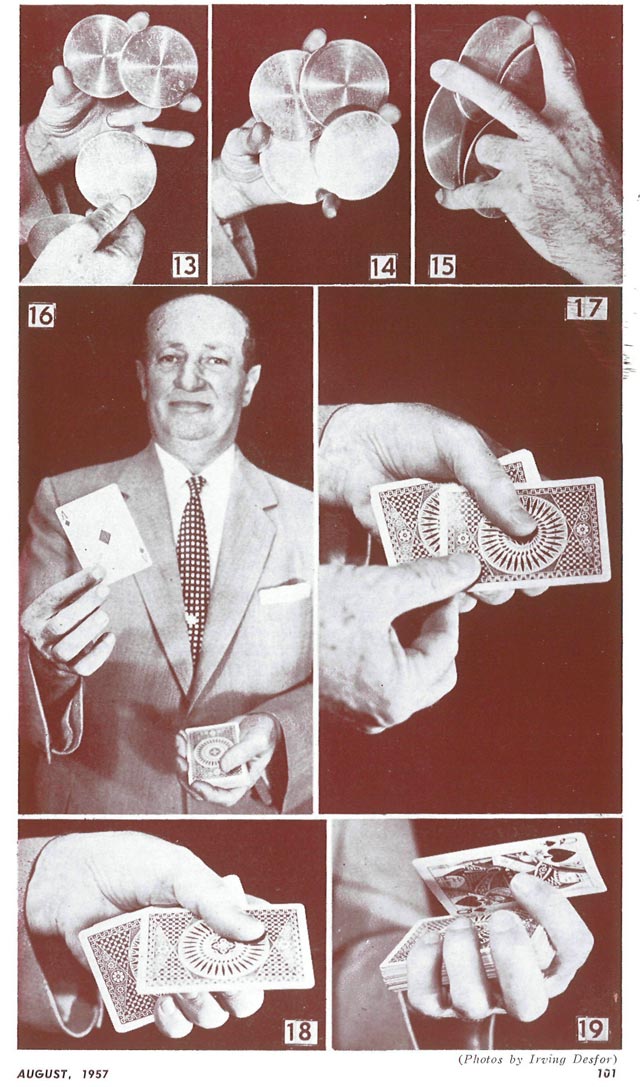 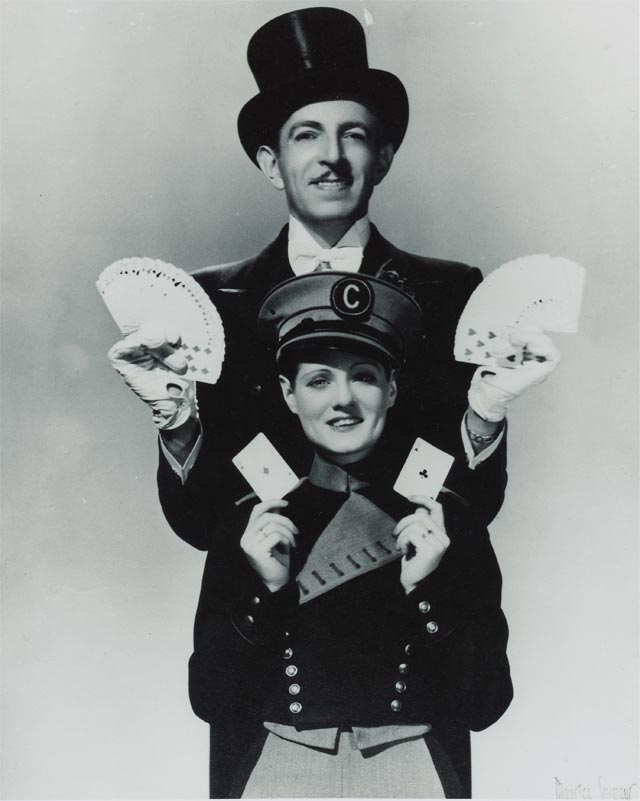 Cardini and his wife, Swan.

Born Richard Valentine Pitchford in the United Kingdom, Cardini became an immensely successful magician in New York City, where he performed in venues such as nightclubs and New York City venues such as The Palace, Radio City Music Hall and Copacabana.

Ricky Jay: “I remember, as a five or six-year-old, my grandfather would bring me over to Cardini’s house, which was truly amazing… because Cardini was known not to associate with very many magicians … I still remember vividly him showing me a reverse fan that he made– this enormous circle of space, the way he made this fan in his hand. Cardini was probably the greatest act I ever saw in my life.” 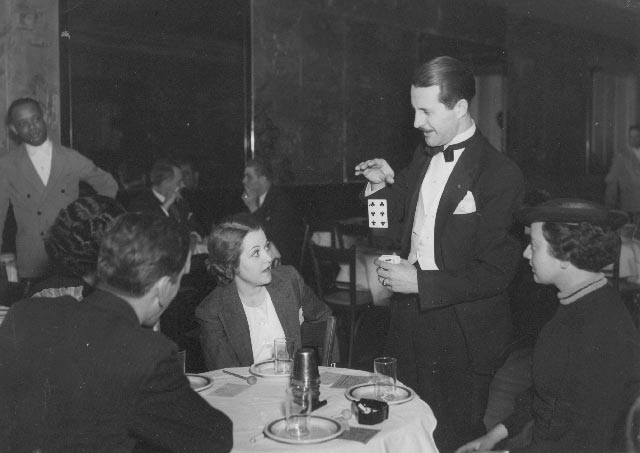 Originally from Canada, Dai Vernon, known as “The Professor,” spent time in New York with magicians Nate Leipzig and Max Malini before moving to California, where Ricky Jay sought him out at the Magic Castle in Los Angeles. Vernon is famous for his sleight-of-hand magic, card work, and cup and balls trick.

According to Jay, “Vernon loved to play his acolytes off against each other. He really was like a guru, a Japanese sensei. He used whatever techniques he thought were possible…to get you to do your best stuff.” 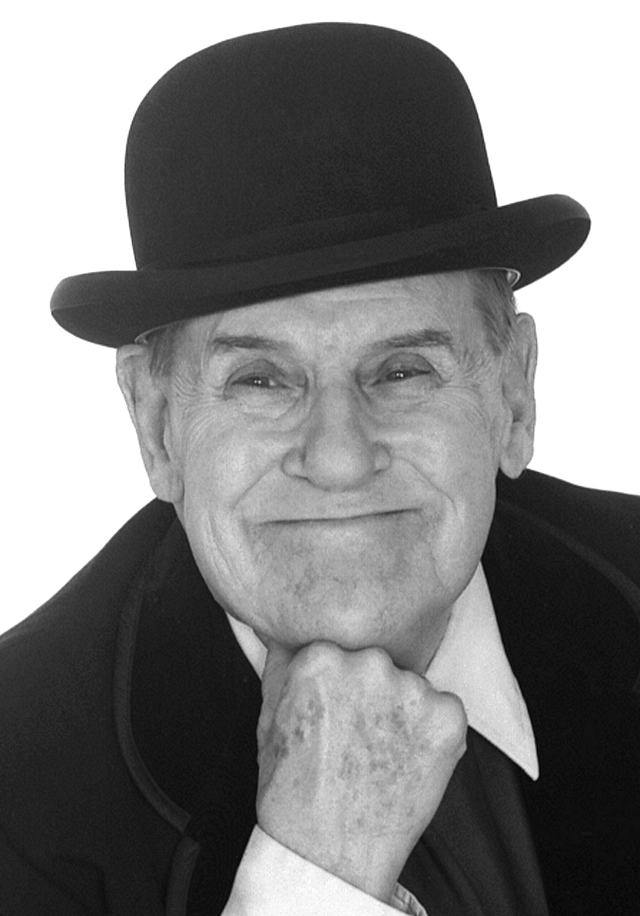 Ricky Jay considers Charlie Miller, along with his contemporary Dai Vernon, the two greatest sleight-of-hand artists of their time. Miller was particularly known for his fantastic memory and work with cards.

“Charlie was inclined to work on the specifics of one particular move…and the finest points and finest subtleties of this particular move,” says Jay. “I probably learned from Charlie Miller more about how to refine practice …. Being in a room with Charlie and discussing a move…is one of the stranger kind of pleasures I’ve ever had in my life.” 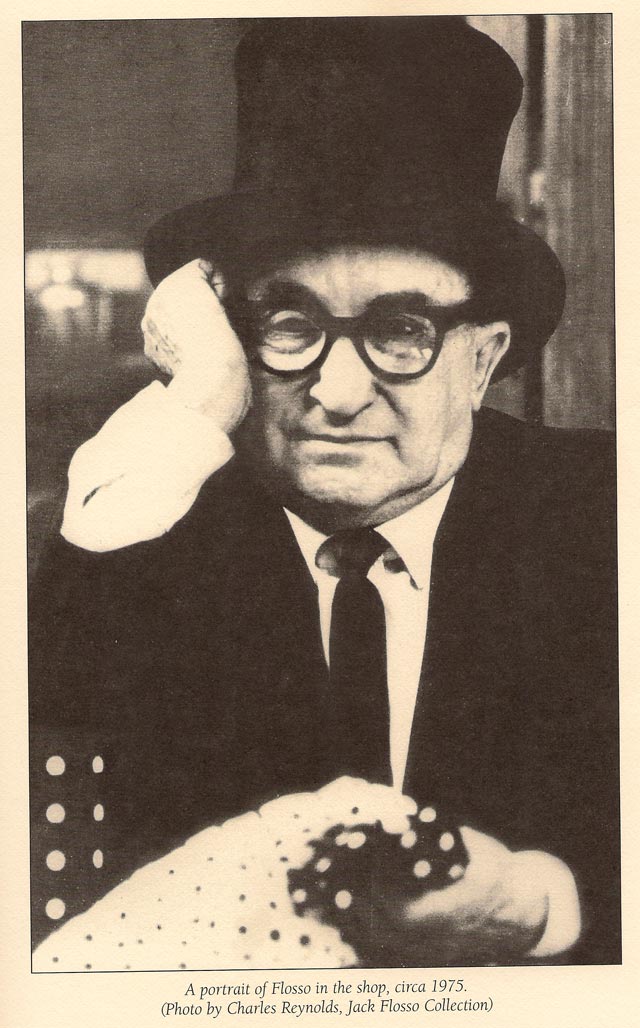 Born Albert Levinson, Al Flosso was a New York City magician who performed in Coney Island, had a magic shop on 34th Street, and made appearances in film and on The Ed Sullivan Show. Ricky Jay credits Flosso with getting him interested in the history of magic. A family friend, Flosso performed not only at Ricky Jay’s bar mizvah, but at Jay’s grandfather’s funeral. “He really did create one of the great personas of anybody performing magic — the Coney Island Fakir.” 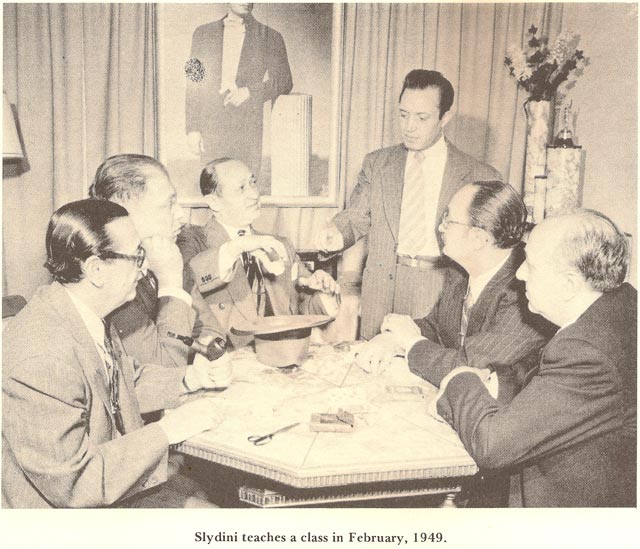 The father of Tony Slydini (Slydini) was an amateur magician who encouraged his son at a young age to pursue magic. Born in Italy and raised in Argentina, Slydini settled in New York City and became world renowned for his close-up work. Ricky Jay’s grandfather, Max Katz, advised him to watch Slydini: “Look how wonderfully he misdirects attention. Watch his incredible ability to direct the attention of a spectator… specifically where he wants to direct it.” 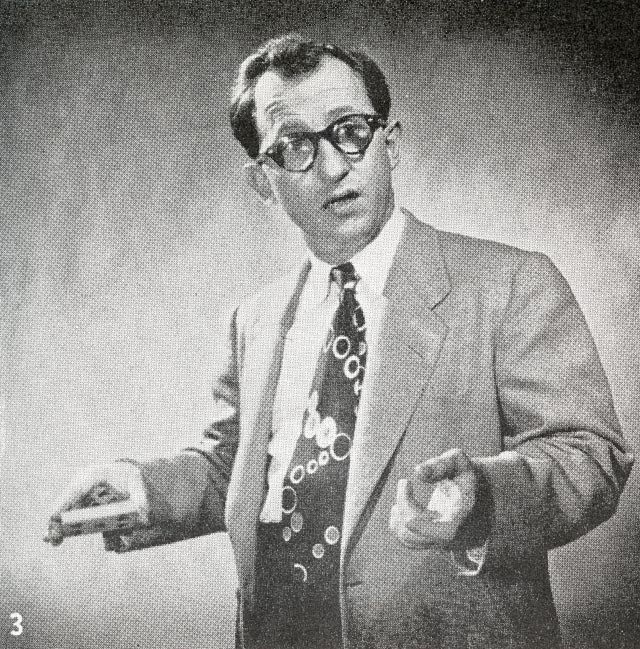 Francis Carlyle was a regular at the Magic Castle in Los Angeles, CA, where he specialized in coin and card magic. Ricky Jay’s grandfather Max Katz told Jay, “When you watch Francis Carlyle, it’s not only technique and presentation. But listen to the way that he explains an effect with such clarity… that people go away knowing exactly what’s happened.”

Which of these magicians did you know already? Do you have a favorite, and why? Share in the comments, below.