The career of ballerina Tanaquil Le Clercq, featured in American Masters — Tanaquil Le Clercq: Afternoon of a Faun, was cut short by polio, which left some of her limbs permanently paralyzed. The film excerpt above shows archival footage of “iron lungs” that enabled people severely paralyzed by polio to breathe. Le Clercq survived the early stage of her polio in one of these machines. Polio was prevalent worldwide up until the mid-20th century and has largely been eradicated for the past 40 years thanks to a vaccine developed in the 1950s. Today, many people are unaware of what the disease is, although as of 2014, polio has come back in several countries, particularly in Syria, Pakistan and Cameroon.

The iron lung ward at Rancho Los Amigos Hospital in Downey, CA, circa 1953.

Also known as infantile paralysis because it mostly affects children under the age of five, polio is a viral, infectious disease spread by humans that can inflame the central nervous system. While the infection normally causes no symptoms, some people have suffered its worst symptom, paralysis. When breathing muscles are affected, polio can lead to death. In the U.S., there were major epidemics in 1916 and in the 1940s and 1950s. Children and adults paralyzed by polio often lost movement in their breathing muscles and were kept alive by being placed in an “iron lung,” or negative pressure ventilator, which served to contract and expand their lungs to intake and expel air. People often recovered use of their breathing muscles over time. Some experienced full recovery, while others would need to use a wheelchair or crutches for the rest of their lives.

Among the famous survivors of polio are President Franklin D. Roosevelt, who contracted polio in 1921 at the age of 39 and used a wheelchair thereafter, though he attempted to hide his paralysis during public appearances. Tanaquil Le Clercq, the New York City ballet soloist who contracted the disease in 1956 at the age of 27, at first needed to be placed in an iron lung, but she recovered to a point where she could move freely using a wheelchair. Actress Mia Farrow contracted polio in the 1950s at the age of nine and used an iron lung while hospitalized for eight months before recovering. Other polio survivors include actors Alan Alda and Donald Sutherland; musicians Itzhak Perlman,  Neil Young and Joni Mitchell; and photographer Dorothea Lange, who like Tanaquil Le Clercq, is the subject of an American Masters film in 2014 (Dorothea Lange: Grab a Hunk of Lightning). 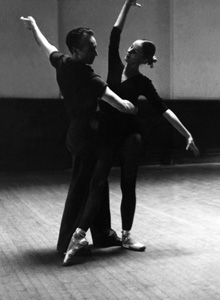 As recounted in American Masters — Tanaquil Le Clercq: Afternoon of a Faun, in 1946 the choreographer George Balanchine was asked to make a dance for a March of Dimes fundraiser in New York City. President Franklin D. Roosevelt had founded the nonprofit charity in 1938 to combat polio and help those who had contracted it. Children were encouraged to donate a dime to the charity, hence its name. Balanchine, then Le Clercq’s mentor and later her husband, created “Resurgence” in which the ballerina dances a grim pas de deux with the figure of polio.

“In that version it [the dance] had a happy ending,” explains Randy Bourscheidt in the film, “but she [Tanny] was the girl Balanchine selected from the School of American Ballet to dance the role of the victim, and most incredibly, he danced the role of polio.”

Unlike the role of the young woman she played in “Resurgence,” Tanny would not recover to dance again. 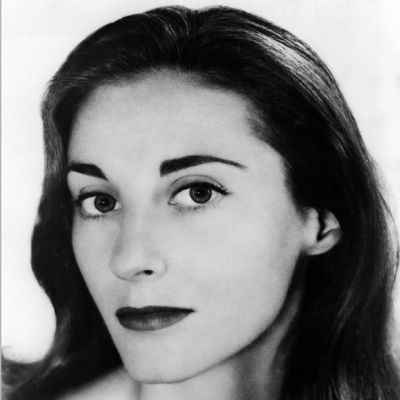 Rita Moreno: Just a Girl Who Decided to Go For It
Bill T. Jones: A Good Man
Balanchine – Master of The Dance
Martha Graham: Revolt and Passion
Joffrey: Mavericks of American Dance
Ailey