Vincent Valdez: The Beginning is Near

Filmmaker Ray Santisteban highlights the art of Vincent Valdez, the San Antonio, TX-born artist who emphasizes themes of social justice, memory, and ignored or under-examined historical narratives in his work.

Vincent Valdez is an American artist born in San Antonio, Texas who focuses on painting, drawing, and printmaking. His artwork often emphasizes themes of social justice, memory, and ignored or under-examined historical narratives. Vincent Valdez is most recognized for his monumental portrayal of the contemporary figure. His drawn and painted subjects remark on a universal struggle within various socio-political arenas and eras. Exhibitions and collections include Ford Foundation, New York, NY; Los Angeles County Museum of Art, Los Angeles, CA; Blanton Museum of Art, Austin, TX; Museum of Fine Arts, Houston; Smithsonian Museum of American Art and National Portrait Gallery, Washington, DC; among others. Valdez completed his B.F.A. at the Rhode Island School of Design in 2000. Follow him on Instagram. 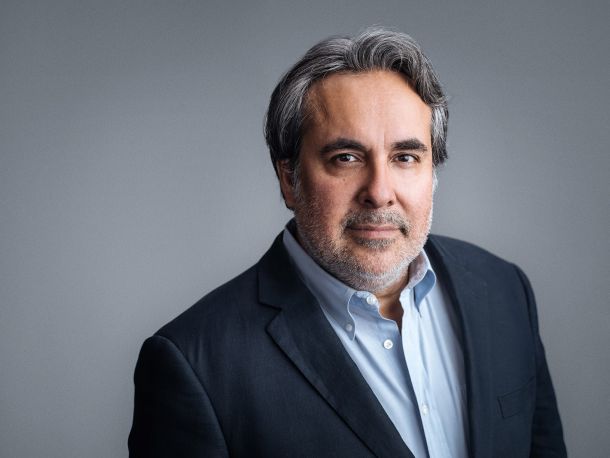 Independent filmmaker Ray Santisteban has worked for the past twenty-six years as a documentary filmmaker. His work consistently gravitates toward political subjects and artist profiles, addressing the themes of justice, memory and political transformation. A graduate of NYU’s film and TV production program, Santisteban has explored a variety of subjects including New York Black Panther leader Dhoruba Bin Wahad – PASSIN’ IT ON, (Co-Producer) which nationally broadcast on POV in 1993, the roots of Puerto Rican poetry, NUYORICAN POETS CAFE (1994, Director, Producer, Editor), Chicano poetry, VOICES FROM TEXAS (Directed, Producer) and was Senior Producer of VISIONES: LATINO ART AND CULTURE IN THE U.S. a three hour PBS series nationally broadcast in Oct. 2004. He is currently directing/Producing THE FIRST RAINBOW COALITION, a feature documentary on a groundbreaking multi-ethic alliance in 1960’s Chicago that will be nationally broadcast on Independent Lens (2019-2020) season. Since 1998, he has been based in San Antonio, Texas. Follow him on Twitter.

I remember being about four or five years old and drawing was something that I seemed to gravitate towards and it was really my first way of communicating.

It was my way of connecting to others around me.

I've always been very focused as an artist and I knew early on that it was going to require committing a lifetime to honing in on my skills and my practice, trying to figure out ways in which I could use this work to generate a conversation.

I wanted to use this work and these images to connect to others.

It's always been my purpose in art to utilize it to serve others.

I likened it to just ripping the bandage off.

You know, he's like really making you as the viewer confront, engage with a truth that we haven't been able to share in many respects.

His work is so I don't know any other words, so extreme, so incisive that you cannot avoid what he wants you to know.

- Well, I don't have many expectations from my viewers.

The only thing that I try to insight is critical thought.

And so this is something that I've carried very close to me for a very long time.

Challenging others to be skeptical of what they think they've already seen has been one of the biggest challenges that I've presented myself in the studio.

I'd never met him before face to face.

And I opened the door and I saw Vincent.

And then I saw the city right behind him because he was working on The City, his painting.

From across the room when I saw it, it was just a black and white and gray painting of a bunch of Klan figures.

But then you walk closer and you engage with them because they're all looking at you.

- I've always intended this work to function as a sort of radar.

Its purpose has been to be an antenna, a social antenna.

For example, when I created The City, my purpose in 2015 was to confront the elephant in the room in America.

It was my way of saying, look around.

We are not who we think we are.

- So you go up close and you realize, well, wait a second.

You know, they're not all men, there's some women in there.

There's a baby, a baby in a hood staring at you.

Someone's looking at her, his or her iPhone.

So you think, okay, now we're in present day.

You don't know who's under those robes, but they're looking at you and you're not welcome.

He was talking about a moment that felt like where America was going and where it was headed and who knew who it was it was entirely accurate.

He kind of put his finger on something that was incredibly relevant and incredibly evocative about what was happening in the country.

(sentimental trumpet music) - Yeah, because even just the slightest and it just glares, like the whole thing gets lost.

He's he's the worst one out of the whole group.

And I immediately was so taken by them as people and thinkers, and then going deeper and going to their studio and seeing the way in which they work, both of them to uncover, uncover what histories get lost.

- Are there any clip lights that hang over?

- He prompts us to think about what it means to be a citizen.

And so I knew from the get go once I met him and went to the studio that I wanted him to be a part of the show and he and Adriana told me about this project that they wanted to do together.

(upbeat folk music) - [Vincent] These musicians led a public procession of the sculpture into the museum.

And I worked with these musicians to perform very specific tunes.

One of them being Las Golondrinas, which is more of traditional Mexican song that's played in that funeral ceremonies.

The song's lyrics speak about a dying bird that eventually is released, which becomes metaphor for the human spirit.

(sentimental folk music) - All of the work, really gives us ways to speak about things that we don't often talk about.

- Through conversations we were thinking about just how long the American Republic was and how many years that has been, which is 243.

And so at that point, we thought, what if we asked 243 people to contribute a significant date that was either personal or historical or both.

I wanted the piece to be monumental more than anything.

- [Vincent] Adriana reduced all of these written texts into ashes.

These ashes were then handed back over to me.

They were mixed into the patina, which is the final coating on that Eagle.

And so the Eagle in itself becomes almost in a funerary urn or tomb, a time capsule in a sense.

It really was our memorial to a people's history.

(applause) - Vincent gives voice to artists and communities that have often been ignored are overlooked.

It's not that they didn't have a voice.

The people represented in Vincent's paintings have a voice.

They have always had a voice.

It's just that until artists like Vincent came onto the scene, they were invisible in representation of life in America.

The social history behind these is, is very deep.

(yelling) He knows what's behind it.

He knows all this local history.

Of course, being from Texas, he knows what went on down there.

- Much of my work is the important relationship between past and present.

Filtering the present through the past allows me to examine my own complex relationship to American history.

(ethereal music) I'm not sure that I can say where my work lies within the context of the art world.

That's not something that I really think about while working in the studio.

As an artist, you know when I'm in the studio, the studio presents me with one of the rare opportunities to turn off the outside world.

I'm able to turn off the voices and I just allow myself to become passenger to the work.

Creating this work has granted me with one of the truest forms of freedom that I've ever known.