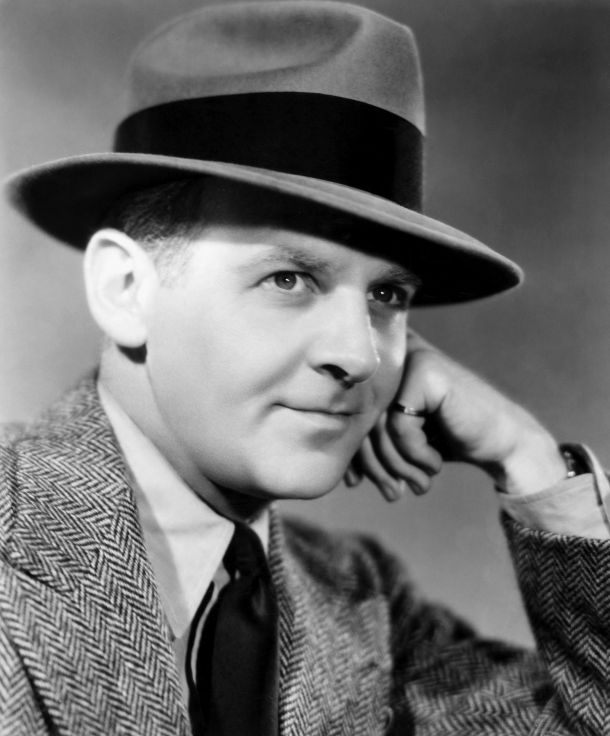 Walter Winchell grew up poor in East Harlem, the son of Russian Jewish immigrants. He quickly rose from vaudeville hoofer to Broadway blabber by posting gossip about his acting troupe on backstage bulletin boards. Winchell’s career took off with a notorious tabloid, the New York Evening Graphic. That became a springboard to Hearst’s Daily Mirror, to countrywide syndication, and to the new medium of radio. His signature columns were crammed with snappy, acerbic banter. His broadcasts were slangy, delivered in machine-gun staccato while clacking a telegraph key alongside. Each week, a growing audience tuned in to hear him sign on, “Good evening, Mr. and Mrs. America, from border to border and coast to coast and all the ships at sea. Let’s go to press!”

Winchell invented a new form of newspaper writing and radio delivery. He created slang and “Winchellisms,” indeed a whole language, “Winchellese,” where falling in love became “pashing it,” or “Garbo-ing it,” while newlyweds awaited a “blessed event,” unless their relationship was “phffft” or about to be “Reno-vated.” Winchell would string together partial phrases, thinly veiled rumors and mere allegations. He had a knack for spinning tales about famous people, exploiting his contacts and trading gossip with friends, often in return for his silence.

“Winchell was all about the grotty exercise of power,” says cultural critic Kurt Andersen. “Relentlessly and specifically, day after day doling out bits of patronage or punishment in response to the greedy murmur of little men. Studios would pay a press agent as much as $5,000, the equivalent of $25,000 today, for giving a movie an ‘orchid,’ Winchell’s maximum praise.”

A plug in Winchell’s column could guarantee any show a successful run or raise the profile of a starlet. Equally, a dig in the column could tarnish or even destroy professional reputations, as acclaimed performer Josephine Baker and talk-show host Barry Gray learned the hard way. Winchell spewed searing attacks in print and on the air at Baker after she publicly complained that she was the object of a racial snub at his favorite haunt, the Stork Club. Her career never recovered. After radio talk show host Barry Gray invited Baker to explain what happened on his radio show, Winchell viciously and repeatedly attacked Gray as well. His shrill outbursts became a cause célèbre, stirring one rival, Ed Sullivan, to declare, “I despise Walter Winchell because he symbolizes to me evil and treacherous things in the American setup.”

Yet Winchell was nothing if not contradictory. When he wasn’t exercising his power to destroy careers, he was using it to elevate “Mr. and Mrs. America,” publicizing bureaucratic injustices and letting the common man and woman in on the secrets of the rich and powerful. The populist tinge to his early work transformed into a full-blown political consciousness following a 1933 meeting with newly elected Franklin Roosevelt, in which the president recruited Winchell to promote his agenda to America. Winchell became an effective tool in Roosevelt’s effort to persuade an isolationist-leaning America to intervene in in Europe’s looming conflict. He was also the first major commentator to directly attack Adolf Hitler and American pro-fascist organizations such as the German American Bund.

After President Roosevelt’s death, Winchell lost his moral bearings for nearly a decade. Personally, he faced successive tragedies: broken marriages and failed relationships, the death of his young daughter and his grown son’s suicide. Professionally, he played all sides, schmoozing with Al Capone even as he befriended J. Edgar Hoover. He served as Roosevelt’s most faithful mouthpiece, then inexplicably championed McCarthyism, having been recruited to the cause by the senator’s young aide. Writes Herman Klurfeld, Winchell’s ghostwriter for thirty years and subsequent biographer, “ Winchell was an egomaniac, he was stubborn and in the end he was fooled by an evil devil named Roy Cohn.”

Winchell saw yet another failure when he attempted to transition to television. He was simply not telegenic. “The familiar hat and pulled down tie are a throwback to the old newspapering days,” one critic smirked. The energy Winchell projected so forcefully on radio looked manic on TV, bordering on crazy.

It is a cruel irony that Winchell created the cycle of celebrity – the meteoric rise followed by the crushing fall – and then fell to it himself. “I died on October 16, 1963,” he said the day his flagship paper, the New York Daily Mirror, folded. His final breath, drawn nine years later, was just a formality. “He was not only present at the creation of modern journalism,” concludes biographer Neal Gabler, “in many respects he was the creation.”

Winchell begins performing in vaudeville revues led by composer Gus Edwards. He would tour the national vaudeville circuit for the next 10 years.

Winchell gets his first newspaper job at the Vaudeville News, a trade paper.

Winchell’s column “Your Broadway and Mine” debuts in Bernarr Macfadden’s tabloid, the New York Evening Graphic.

Winchell jumps over to William Randolph Hearst’s tabloid, the New York Daily Mirror, where he remains until the Mirror folds in 1963. His column gains a nationwide audience when it is picked up by Hearst’s King Features Syndicate.

Winchell stars in the 11-minute Vitaphone short, "The Bard of Broadway," marking his first screen appearance.

Winchell’s column and radio program take a more political turn following his summons to the White House for a 10-minute meeting with new president, Franklin Delano Roosevelt. Soon after, he begins to publicly ridicule Adolph Hitler.

Winchell becomes a star reporter at the trial of Bruno Hauptmann, arrested and convicted for the kidnapping and murder of the 20-month-old son of famed aviator Charles Lindbergh.

"Wake Up and Live," Winchell’s first feature film, premieres at the Roxy Theater in New York. He quickly makes a sequel, "Love and Hisses."

Winchell’s hero and ally, President Roosevelt, dies; as a result, Winchell loses his political bearings, his access to power at the top, and much of his credibility.

Winchell founds the Damon Runyon Memorial Cancer Fund following the death of his good friend, columnist Damon Runyon. He remains its treasurer until his death.

The Black performer Josephine Baker experiences racial discrimination at the Stork Club, Winchell’s unofficial headquarters. Over the following weeks, Winchell publicly attacks Baker after she publicly calls him out for not coming to her aid and condemning the club. She calls on the NAACP to picket the Stork, files a $400,000 lawsuit against Winchell and appears on the Barry Gray radio talk show.

The New York Post publishes a 24-part exposé on Winchell.

Winchell makes his debut on ABC-TV with “The Walter Winchell Show,” a television version of his radio show.

Winchell loses his TV and radio contracts over a dispute with ABC.

Winchell hosts a short-lived variety show, “The Walter Winchell Show,” on NBC. It is cancelled after 13 episodes due to poor ratings.

Winchell signs off his final radio broadcast on the Mutual network, after his sponsor drops him. This marks the end of his radio career.

February 20, 1972
PHOTO: Walter Winchell photographed in 1944.
SHARE
STREAM WITH PASSPORT
Walter Winchell: The Power of Gossip
About the Master 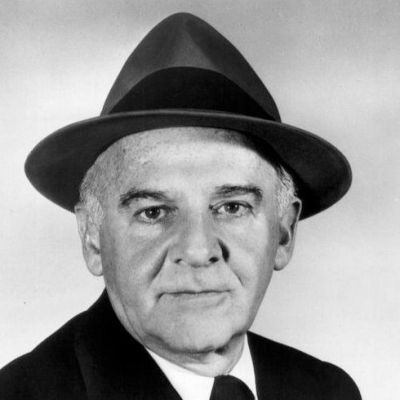