Andrew Wyeth shares the story behind “Christina’s World,” one of his most iconic and powerful paintings.

STREAM WITH PASSPORT
Wyeth
About the Master 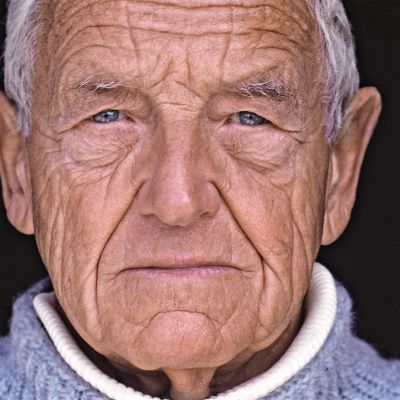 I saw her crawling out to a little truck garden she had next to the house one day.

And it dawned on me, what a terrific, I mean... And I went home and made a quick notation of this idea of Christine in the field, the house in the background.

And several days went by, and this kept building in my mind.

'Christina's World' is a picture that's actually kind of hard to look at anymore, because it's become such an icon that to come to it fresh is almost impossible.

But that, in a way, is a sign of its strength, that, over decades, people come back to it, generation after generation, and find it haunting.

Even people who don't really know the story of Christina.

It's enjoyed because there's a spectrum of emotions that it can release.

It can look like somebody's dream -- a nightmare, maybe even.

This woman seen from the rear, moving herself up towards a little haunted house that's on this very strong horizon A woman longing for something.

Some people pick up that she's crippled.

Some people don't at all, and just think she's yearning.

I think which so many people can get free association with it in an extreme way I knew she had been up to look at it though because I could see where the dust had been swept along with her bottom as she crawled up So she knew what I was doing...