Yehudi Menuhin had one of the longest and most distinguished careers of any violinist of the twentieth century. The child of recent immigrants, Menuhin was born in New York in 1916. By the age of seven his performance of Mendelssohn’s Violin Concerto had found him instant fame. As a teenager he toured throughout the world and was considered one of the greats long before his twentieth birthday. 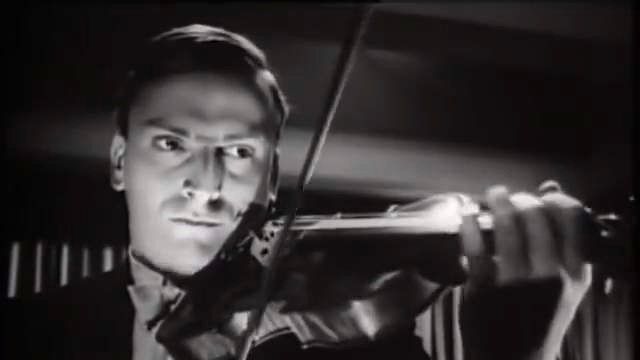 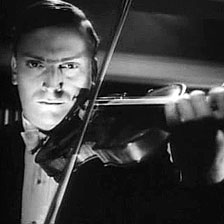 “There is … no definitive interpretation for Menuhin but the search for repose, for a place where music, far from any pretension, vibrates naturally, where it can breathe more than show off.”
-Eric Taver

Yehudi Menuhin had one of the longest and most distinguished careers of any violinist of the twentieth century. The child of recent immigrants, Menuhin was born in New York in 1916. By the age of seven his performance of Mendelssohn’s Violin Concerto had found him instant fame. As a teenager he toured throughout the world and was considered one of the greats long before his twentieth birthday. Even in his earliest recordings one can sense deeply passionate responses to the great composers. Though considered a technical master, it is his highly charged emotional playing that set him apart.

As a young man Menuhin went to Paris to study under violinist and composer George Enesco. Enesco was a primary influence on Menuhin and the two remained friends and collaborators throughout their lives. During the thirties, Menuhin was a sought after international performer. Over the course of World War II he played five hundred concerts for Allied troops, and later returned to Germany to play for inmates recently liberated from the concentration camps. This visit to Germany had a profound effect on Menuhin.

As a Jew and a classical musician, Menuhin had a complex relationship with German culture. He was fluent in German and deeply influenced by classical German composers. Menuhin found in the German conductor Wilhelm Furtwängler an important musical peer. Despite accusations of Furtwängler’s pro-Nazi sympathies, Menuhin continued to support him and his work. It seemed that for many years, Menuhin led a double life. He was an outspoken supporter of dozens of causes for social justice, while also longing for a solitary life where he could ignore the concerns of society and attend only to the history of music and his role within it.

Throughout the 1940s and 50s, Menuhin performed and made recordings from the great works of the classical canon. During this time he also began to include rarely performed and lesser known works. One of his greatest achievements is the commissioning and performing of Sonata for Solo Violin by Bella Bartók. In Bartók, Menuhin found a composer of deep emotion and pathos that mimicked his own. Bartók’s work was at once technically rigorous and open to interpretive playing. Of Menuhin, Bartók said he played better than he imagined he would ever hear his work played. Their collaboration is considered one of the greats of twentieth-century classical music.

By the sixties, Menuhin began to increase the scope of his musical involvement. In 1963 he opened the Yehudi Menuhin School, a school for musically gifted children. He also began conducting, which he would continue to do until his death. He conducted in many of the important music festivals and nearly every major orchestra in the world. It was around this time he also broke from his traditional roots and did work outside of the classical genre. One of his most successful ventures out of traditional performance was with the great Indian composer and sitarist Ravi Shankar.

Throughout the last twenty years of his life, Menuhin continued to engage in every aspect of musical work. As a performer, a conductor, a teacher, and a spokesperson, he spent his seventies and eighties as one of the most active musicians in the world. He was a constant contributor to religious, social, and environmental organizations throughout the world. Among his many books were VIOLIN: SIX LESSONS (1972) and the autobiography UNFINISHED JOURNEY (1977). On March 12, 1999 he died in Berlin, Germany, ending one of the longest and most prestigious careers of any American violinist. 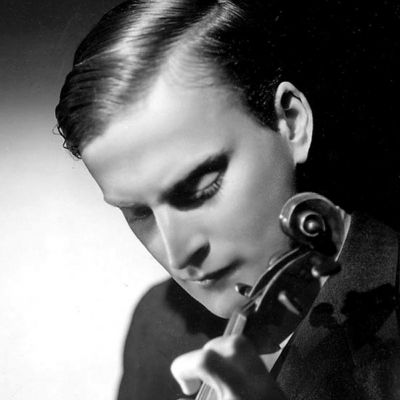 The Highwaymen: Friends Till The End - Full Film
Fats Domino and The Birth of Rock 'n' Roll
Patti Smith on Lou Reed and rock and roll
Aretha Franklin: The Queen of Soul
Bob Marley: Rebel Music
Atlantic Records: The House that Ahmet Built