Skip to main content Skip to footer site map
Return to main page
Share an inspiring woman's story.
Share an inspiring woman's story.
It could be your mother, a friend or a teacher. Have they expressed themselves artistically? Worked to better their community? Achieved academic success? Empowered others and embraced diversity? Share their stories here.
Submit Your Story 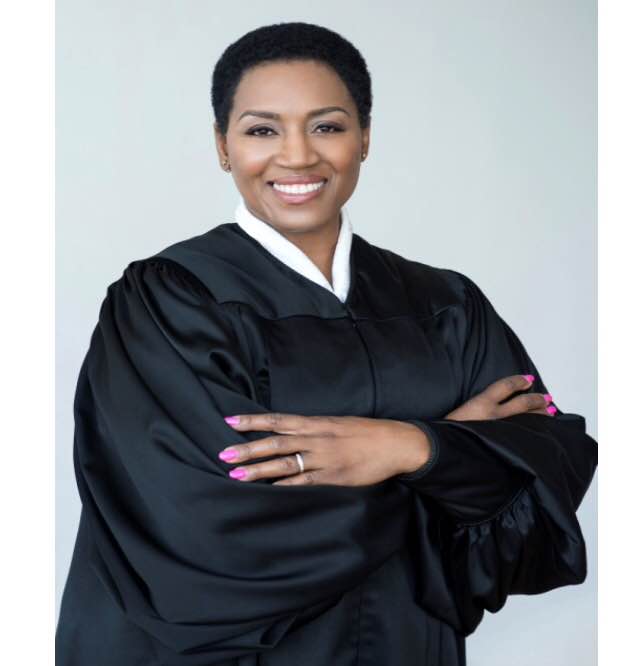 As a Pennsylvania boxing Hall of Famer, Jacquelyn Frazier-Lyde is known for her “No Excuses; Get the Job Done” attitude. A mantra coined by her father, Joe Frazier, that created a foundation for awe-inspiring accomplishments in two very different professions. 2017 is the milepost in Judge Jacquelyn Frazier-Lyde’s 10-year career as a sitting Municipal Court judge in the City of Philadelphia. This captivating story of perseverance and prosperity has been under-told and will now be celebrated during Women’s History Month.

The daughter of Boxing legend “Smokin Joe Frazier”, Jacquelyn Frazier-Lyde, affectionately known as “Sister Smoke” is living proof that it is never too late to begin following your heart. The Former 5X Champion Boxer-in Super-Middleweight, Light-Heavyweight and Heavyweight Divisions- did not begin her historic boxing career until age 37. In
addition to being a boxing Phenom, Judge Jacquelyn Frazier- Lyde is a Martial Arts Hall of Famer, College Basketball star and former sports columnist, affirming that life has no limits.

Judge Jacquelyn Frazier-Lyde and former world champion “Smokin Joe” Frazier are the first father and daughter World Champion Boxers in history is evidence of her inherent talent and craving for personal victory. This theme has echoed throughout Jacqui’s life, with her athletic prowess and determination being the catalyst for her success. As a recipient of a four-year athletic scholarship from American University (AU), Jacqui became an American University Sports Hall of Famer, ranking 5th in steals and 7th in overall scoring among AU Women’s Basketball All Time Players. Her competitive spirit resonated on both the court and in the classroom, leading to a Bachelor’s degree in Criminal Justice, and Juris Doctor from Villanova School of Law. Fluent in four languages Jacqui is a highly-esteemed scholar with passion for youth sports, education, and community outreach.

As a practicing attorney for nearly 17 years, Jacqui became an advocate for youth mentorship in criminal justice, sponsoring a summer mentoring program for High School and College students and has continued her journey since 2007 as a Philadelphia Municipal Court Judge.