Crows are members of the Corvidae family, which also includes ravens, magpies, and blue jays. Loud, rambunctious, and very intelligent, crows are most often associated with a long history of fear and loathing. They are considered pests by farmers trying to protect their crops and seedlings. Many people fear them simply because of their black feathers, which are often associating them with death. But research demonstrated in A Murder of Crows proves crows are actually very social and caring creatures, and also among the smartest animals on the planet.

Where do crows live?

Crows live all over the world, except for Antarctica.

What do they eat?

Crows are predators and scavengers, which means that they will eat practically anything. Their diet consists of various road-kill, insects, frogs, snakes, mice, corn, human fast food, even eggs and nestlings of other birds. An adult crow needs about 11 ounces of food daily.

How many species are there?

There are about 40 or so species in the Corvus genus. These range from pigeon-sized birds to ravens, which can be as much as 24-27 inches long. 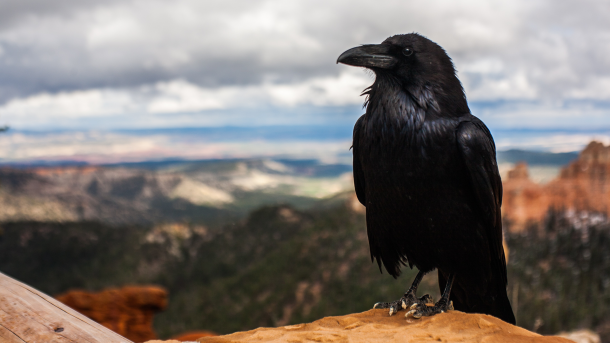 Photo by Tyler Quiring on Unsplash.

Crows are very social and have a tight-knit family. They roost in huge numbers (in the thousands) to protect themselves from enemies like red-tailed hawks, horned-owls, and raccoons. Crows also use at least 250 different calls. The distress call brings other crows to their aid, as crows will defend unrelated crows. Crows mate for life.

The Corvus genus includes the common American crow, ravens, rooks, and other variations, and the wider family (Corvidae) includes jays, magpies, nutcrackers, and other birds.

Crows are susceptible to West Nile virus, and their deaths are used as early indicators of potential human disease in an area. West Nile Virus has killed 45% of American crows since 1999, though they’re still listed as Least Concern species by the International Union for Conservation of Nature. 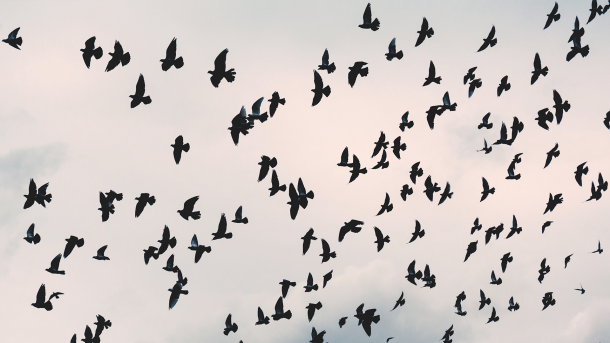 Photo by freestocks.org from Pexels.

What’s a murder of crows?

A group of crows is called a “murder.” There are several different explanations for the origin of this term, mostly based on old folk tales and superstitions.

For instance, there is a folktale that crows will gather and decide the capital fate of another crow.

Many view the appearance of crows as an omen of death because ravens and crows are scavengers and are generally associated with dead bodies, battlefields, and cemeteries, and they’re thought to circle in large numbers above sites where animals or people are expected to soon die.

But the term “murder of crows” mostly reflects a time when groupings of many animals had colorful and poetic names. Other fun examples of “group” names include: an ostentation of peacocks, a parliament of owls, a knot frogs, and a skulk of foxes.

Clip | As the Crow Flies
Clip | The Crow and the Caveman
A Murder of Crows Preview
Clip | Director Commentary: Roosting Crows
Photo Gallery