This piece comes to us from Colin Poole, a Regional Director for WCS (Wildlife Conservation Society) based in Phnom Penh, where he manages a portfolio of programs that include China.

This week, we are reopening the WCS (Wildlife Conservation Society) office in Guangzhou, China, and—after working from home for over two months—our staff are returning to their desks. The Covid-19 pandemic has forced us to close critical programs protecting wildlife around the world, so this is a rare beacon of hope.

Why, you may ask, is an international conservation organization, whose mission is to save wildlife and wildlands, working in the middle of one of largest urban jungles in the world? However, today, our job in Guangzhou is more important than ever, and a city previously famed for consumption and trade of wildlife, is at the forefront of putting in place policies to reduce the risk of future pandemics. 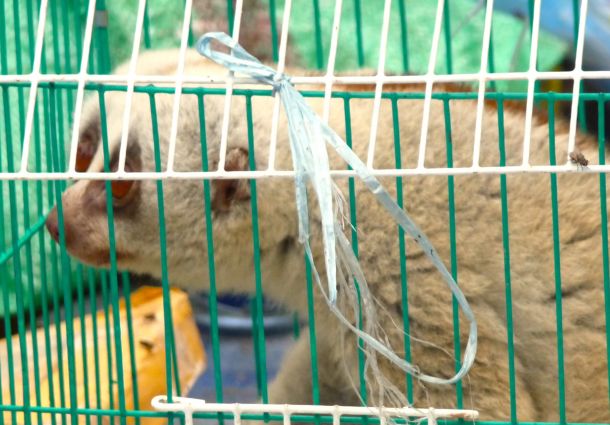 Wild pygmy loris are caught and sold as pets and for traditional medicine. Photo credit: ©WCS

On April 9, Guangzhou adopted a set of municipal regulations on wildlife stronger than those of the Chinese central government. These include both higher fines—with the penalty for eating nationally protected wild animals up to double that of the national decision—and stricter regulations, for instance prohibiting keeping wild animals as pets, and banning the consumption of wild animals for medicine.

The neighboring mega-city of Shenzhen has done likewise, in addition strictly prohibiting the consumption of companion animals such as cats and dogs. The challenge now is to make these new regulations stick.

Guangzhou and Shenzhen have long been recognized as global trading hubs, and have led much of China’s modern growth, supplying goods manufactured from the Pearl River Delta and across China to the world. Increasingly, however, with growing wealth, they have come to be recognized for a darker reason, as the end destination and hub for much of the world’s wildlife trade, legal and illegal.

Over the past decade on visits Guangzhou, I have been taken by Chinese colleagues to visit markets, often vast and sprawling, selling everything from elephant ivory from the savannas of Africa and parrots from the rainforest of Amazon, to freshwater turtles from the lakes and rivers of North America and Saiga antelope horn from the steppes of Central Asia. 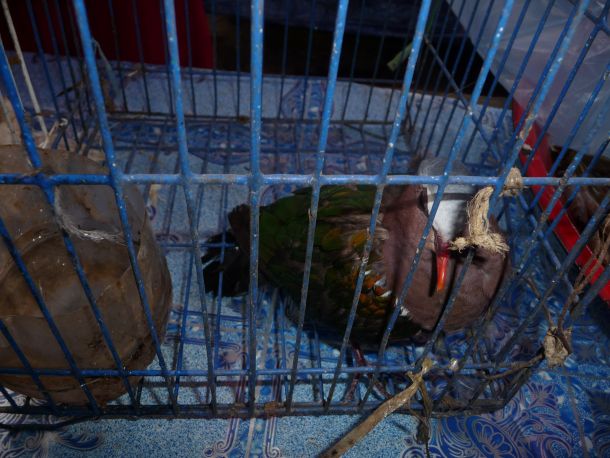 We began a small program in Guangzhou in 2007 specifically to build awareness of the issues around wildlife consumption and the global wildlife trade, and to work with local partners to build capacity to combat wildlife trafficking. In that time, local government agencies have made significant progress. On my trips to Guangzhou in recent years, I am no longer shown ivory in the art shops, exotic turtles in the pet markets, or pangolin scales in the traditional medicine markets. Today such achievements are under the global spotlight.

On February 3, in response to Chinese scientists identifying a live animal market in Wuhan as the probable source of the novel virus sweeping the country, President Xi Jinping announced plans to review relevant legislation and prevent the risks to public health from consuming wild animals.

Three weeks later, the Standing Committee of the National People’s Congress of China released a decision, “Comprehensively Prohibiting the Illegal Trade of Wild Animals, Eliminating the Bad Habits of Wild Animal Consumption, and Protecting the Health and Safety of the People.” This banned the hunting, trade, transportation, and consumption of almost all terrestrial wild animal species—whether captive-bred or wild caught. The laws are currently under review and are expected to be approved at the next People’s Congress. 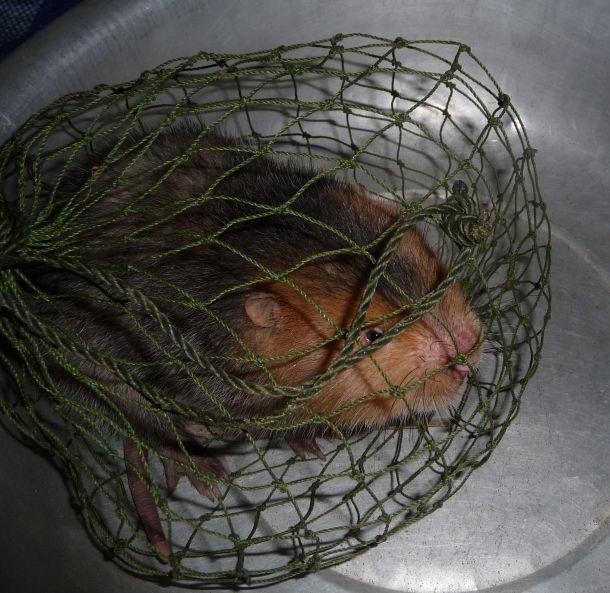 This bamboo rat is being sold as food; bamboo rats are both wild-caught and bred on wildlife farms. Photo credit: ©WCS

As in much of this region, the issues around wildlife consumption in China are no longer primarily those of rural food security, but of increasing urban demand. The Chinese government has already closed wildlife markets selling live animals for consumption. It is outlawing wildlife trade and changing the way we think about future regulatory frameworks for wildlife worldwide. While just a beginning, upon my next return to Guangzhou I expect to see fundamental changes in the patterns of wildlife trade and consumption.

The Chinese government is now leading the global community with these new regulations. However, the real challenge lies in implementation—not today, but in years to come when a vaccine is widely available and the fear of Covid-19 is fading from memory. Will we really see government and societal commitment to the long-term economic and social change relating to wildlife and its use necessary to reduce the risk of these events happening again?

To prevent future viral outbreaks such as Covid-19 that impact human health, well-being, economies, and security on a global scale, governments worldwide need to support policies that stop all commercial trade in wildlife for human consumption—particularly of birds and mammals—and close all such wildlife markets. In today’s interlinked world, we truly are all in this together.

Supporting the efforts of my colleagues and their partners in Guangzhou is more critical today than ever. We are glad they are back at their desks. There is much to be done.