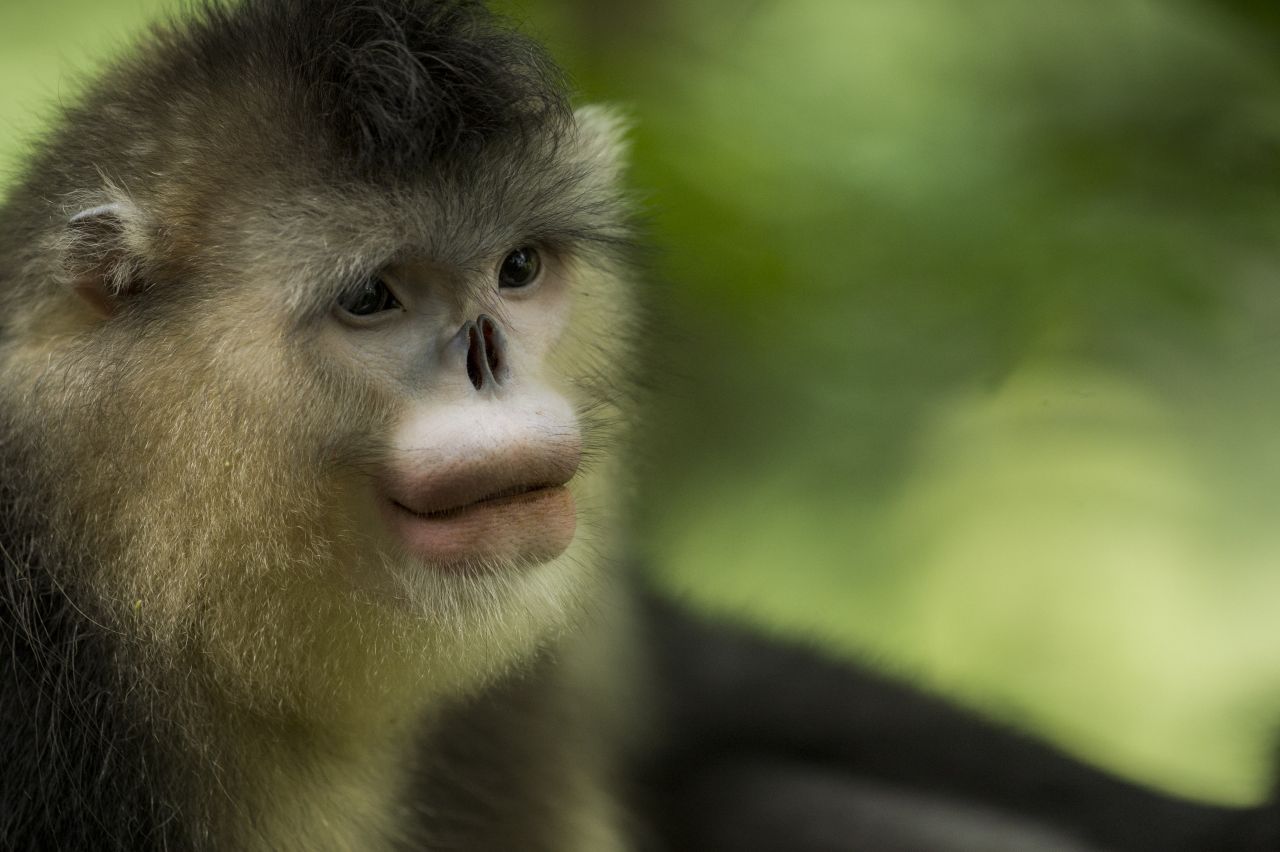 The black snub-nosed monkey (also known as the Yunnan snub-nosed monkey) is a medium-sized primate species named for its black fur and a distinctive upturned nose, which results from a lack of nasal bones. Adult females weigh in at roughly 20 pounds (9 kilograms) and adult males at 30 pounds (14 kilograms). 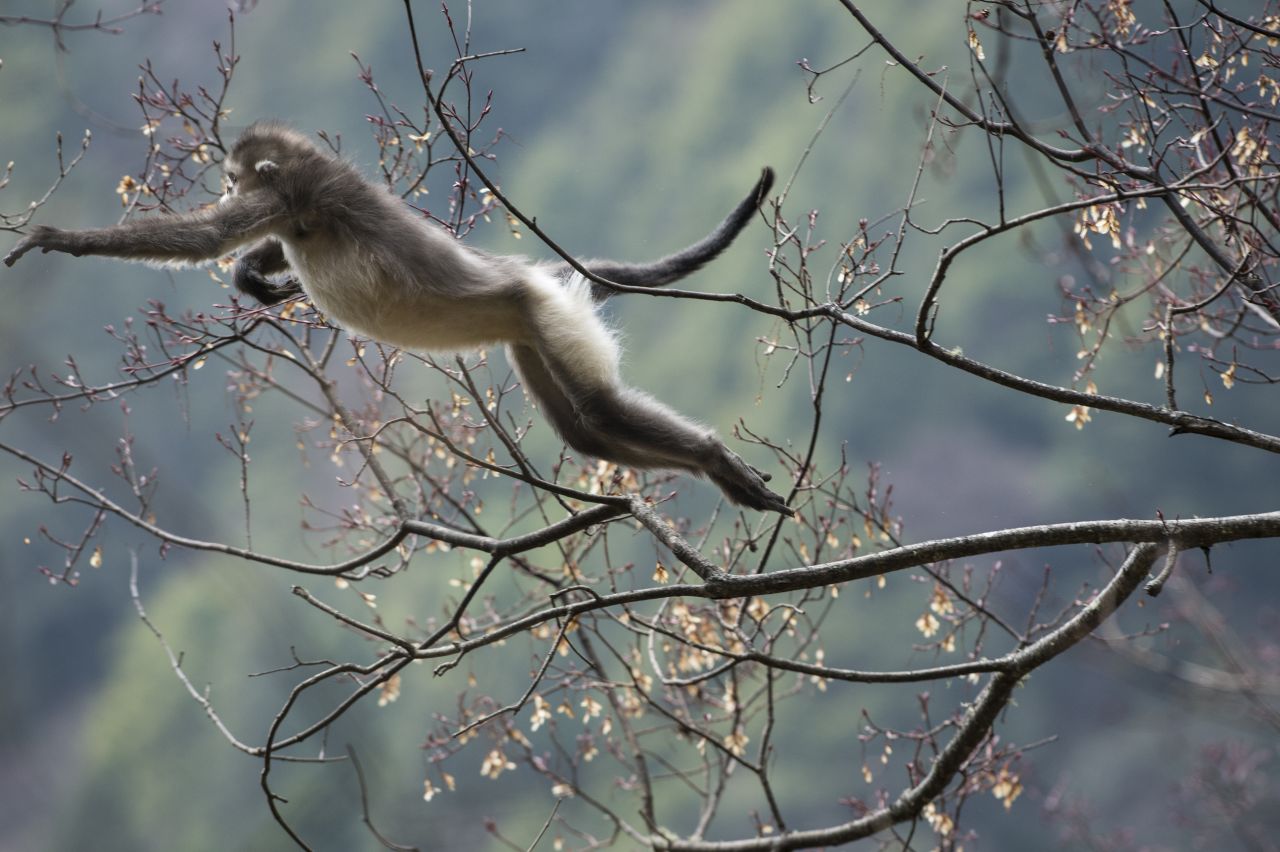 The monkey lives almost exclusively in the Yunling mountain region of Southwestern China. The region’s lush valleys may have served as inspiration for Shangri-la, an unspoiled earthly paradise described in the 1933 novel Lost Horizon by British author James Hilton. 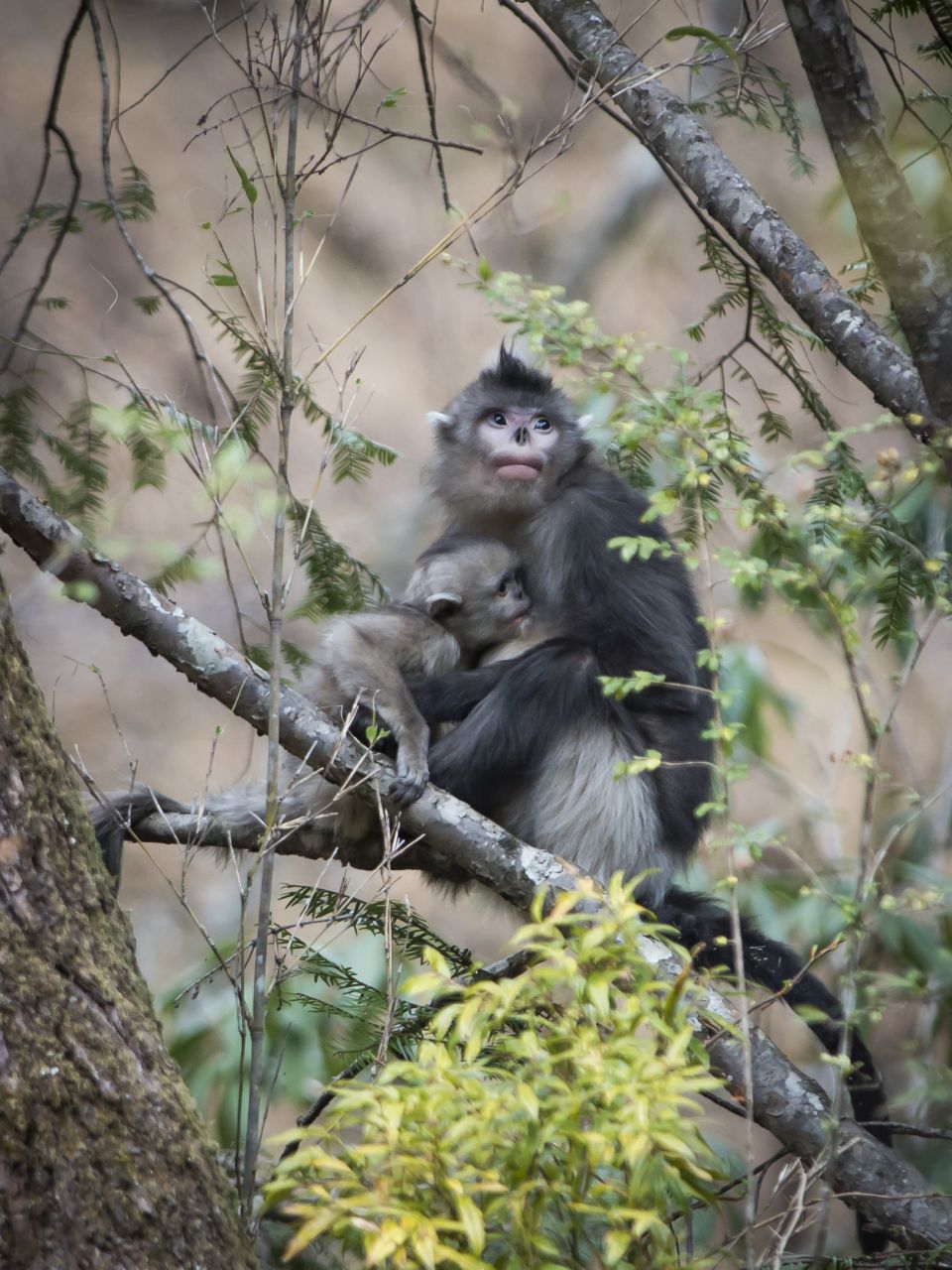 Two-thirds of the monkey’s diet is composed of lichen, a symbiotic organism comprised of fungus and algae. Lichen-eating is rare in primates and has only been documented in a handful of other species also living in mountainous regions. The diet is unusual because lichens contain indigestible carbohydrates, toxins and relatively low-levels of protein. However, the black snub-nosed has a fermenting gut similar to a cow, which allows it to eliminate toxins and extract nutrients. 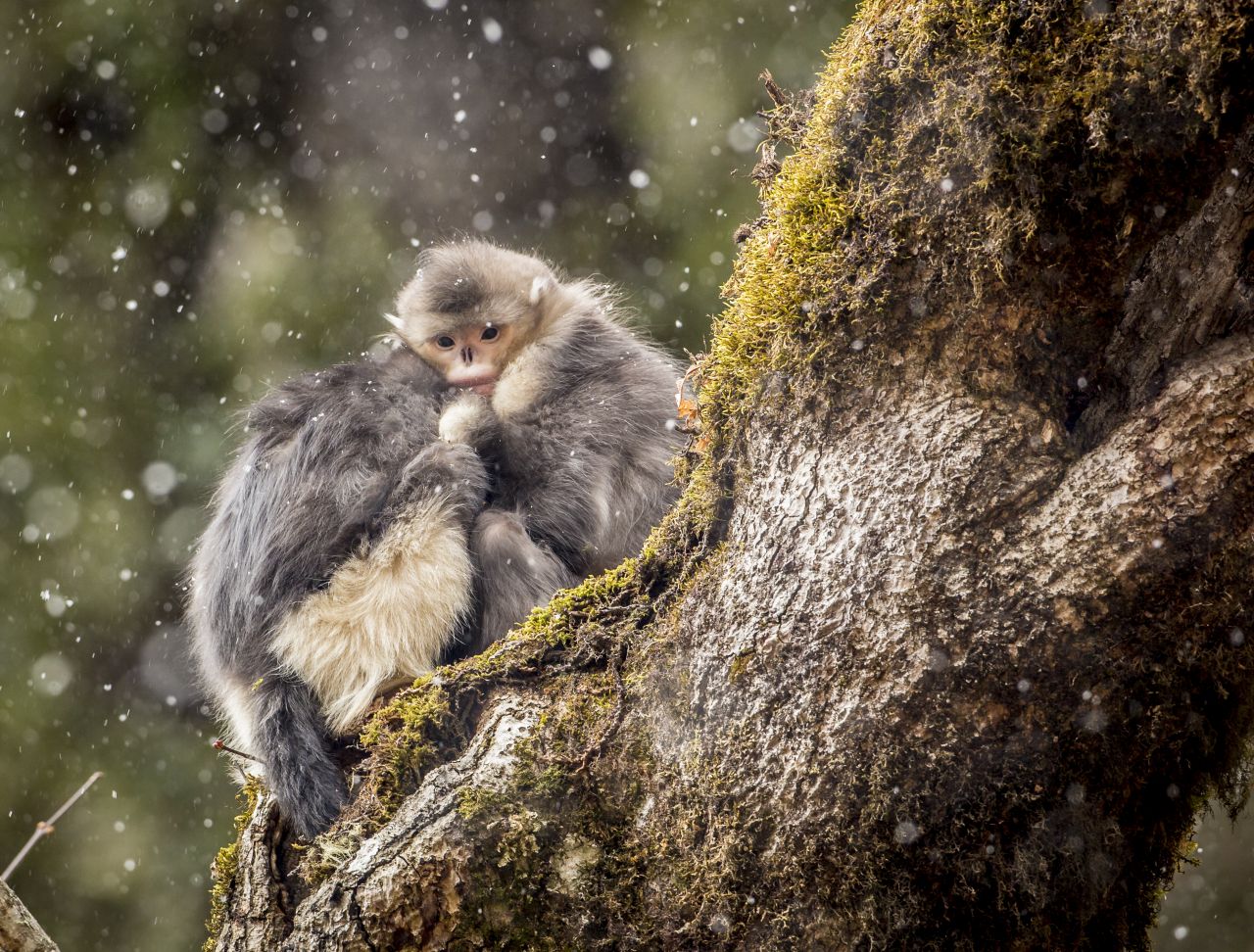 The black snub-nosed monkey lives at higher altitudes than any other primate species (aside from humans), inhabiting coniferous forest roughly 10,000 feet (3,000 meters) to 15,000 feet (4,700 meters) above sea level. In the winter, the monkey moves to highest part of its range despite increasingly cold temperatures. This is because lichen is more abundant at these heights. 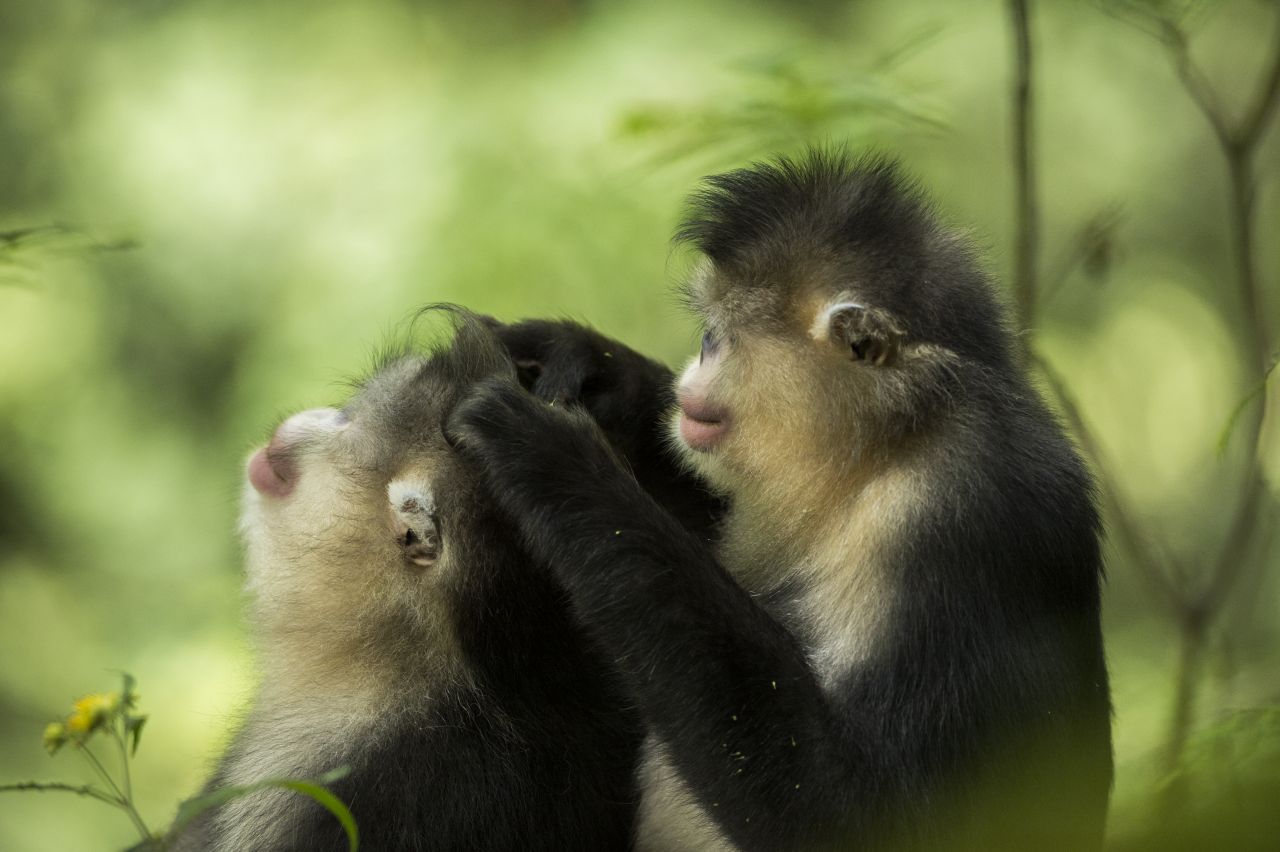 Black snub-nosed monkeys travel and feed in bands of up to 500 hundred individuals. The band is mostly divided into smaller social units comprised of one adult male, three to five females and their offspring. Social units coming closer than about 10 feet of each other can provoke aggressive behavior in the males. 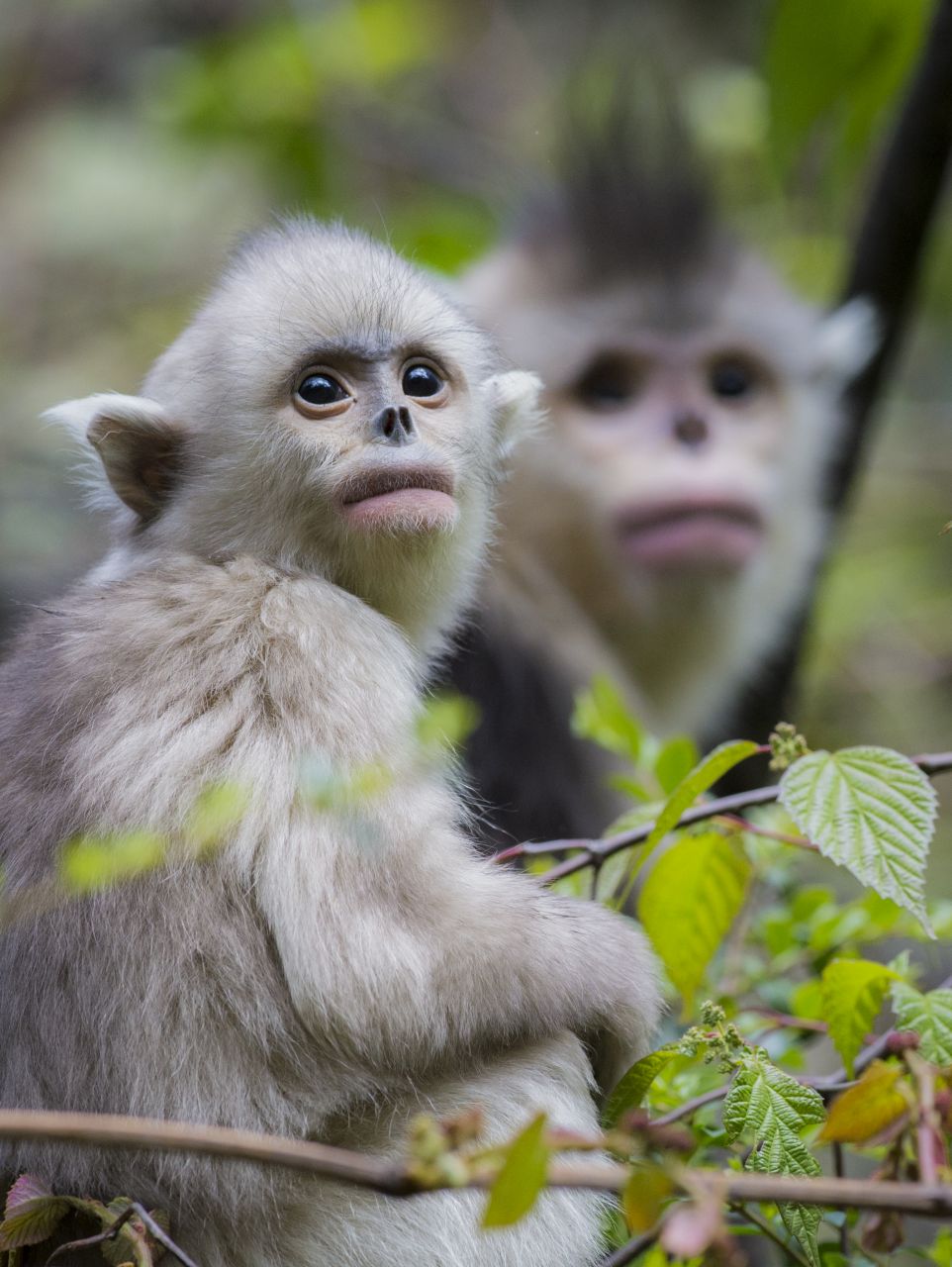 Although initially described in the 1800s, the black snub-nosed monkey wasn’t well-studied until the 1990s. This is in part due to the species’ remote location but also because their home range can cover up to 10 square miles (25 square kilometres) and a band can travel more than a mile per day through dense bamboo forest and over steep mountain peaks. 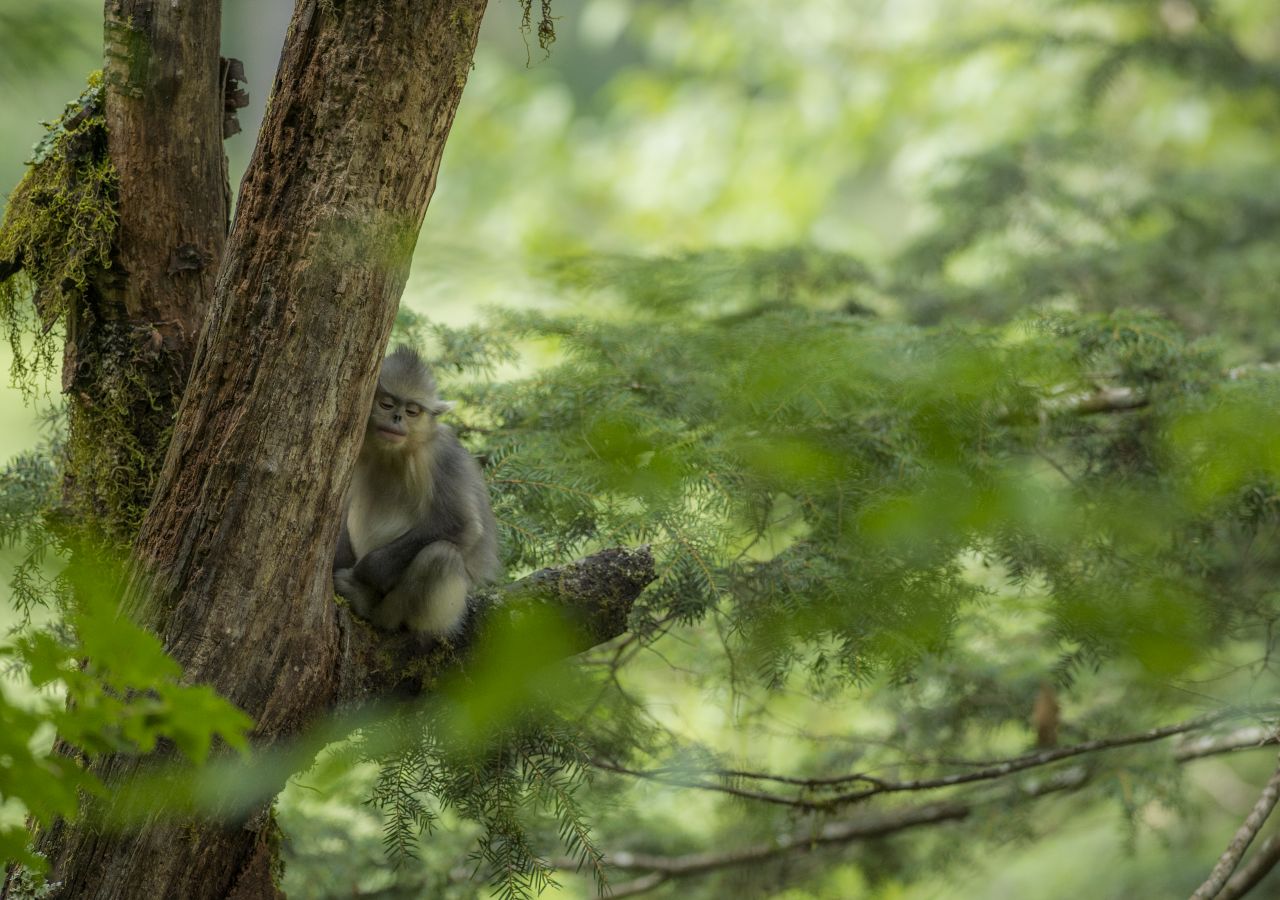 As of 2006, the total known population of black snub-nosed monkeys was estimated at less than 2,000 individuals. The species is listed as endangered by the International Union of Conservation Scientists and due to poaching and habitat loss is the most endangered of the three known snub-nosed monkey species.

Grueter, C. Is there anything to Learn from Lesser Known Primates about Human Evolution? Journal of Primatology, 2012. Accessed at: http://omicsgroup.org/journals/is-there-anything-to-learn-from-lesser-known-primates-about-human-evolution-2167-6801.1000e114.pdf