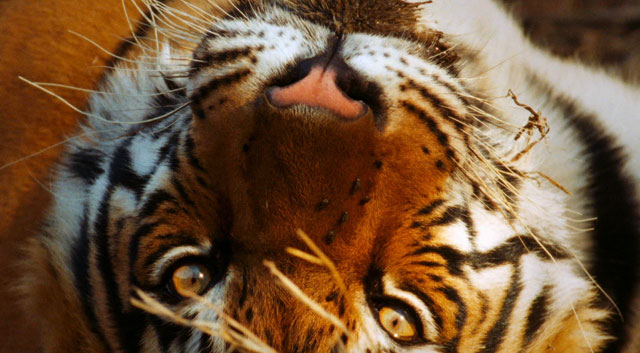 Size: Size varies by subspecies but generally a male tiger averages between 96 to 120 inches long and a female, 84 to 108 inches.

Weight: Weight varies by subspecies but a male weighs around 550 lbs. and a female to 350 lbs. A male Siberian tiger can weigh up to 800 lbs.

Coat: The tiger sports a fiery reddish-orange coat with vertical stripes that can vary between black, gray, or brown stripes. The underside is creamy or white in contrast. No two tigers share the same stripe pattern, making each one unique.

Habitat: Primarily tropical and subtropical forests, but the species can also be found in tropical grasslands, shrublands, montane forests, and conifer forests.

Population Health: Endangered (According to the IUCN)

Threats: Humans – Urban expansion results in habitat loss and fragmentation, and populations are subject to hunting and poaching.

Sharkland
Equus "Story of the Horse" | Episode 2: Chasing the Wind
Voyage of the Lonely Turtle
Running With The Herd: A NATURE Short Film
Dogs in the Land of Lions
Super Cats: Episode 1 | Extreme Lives