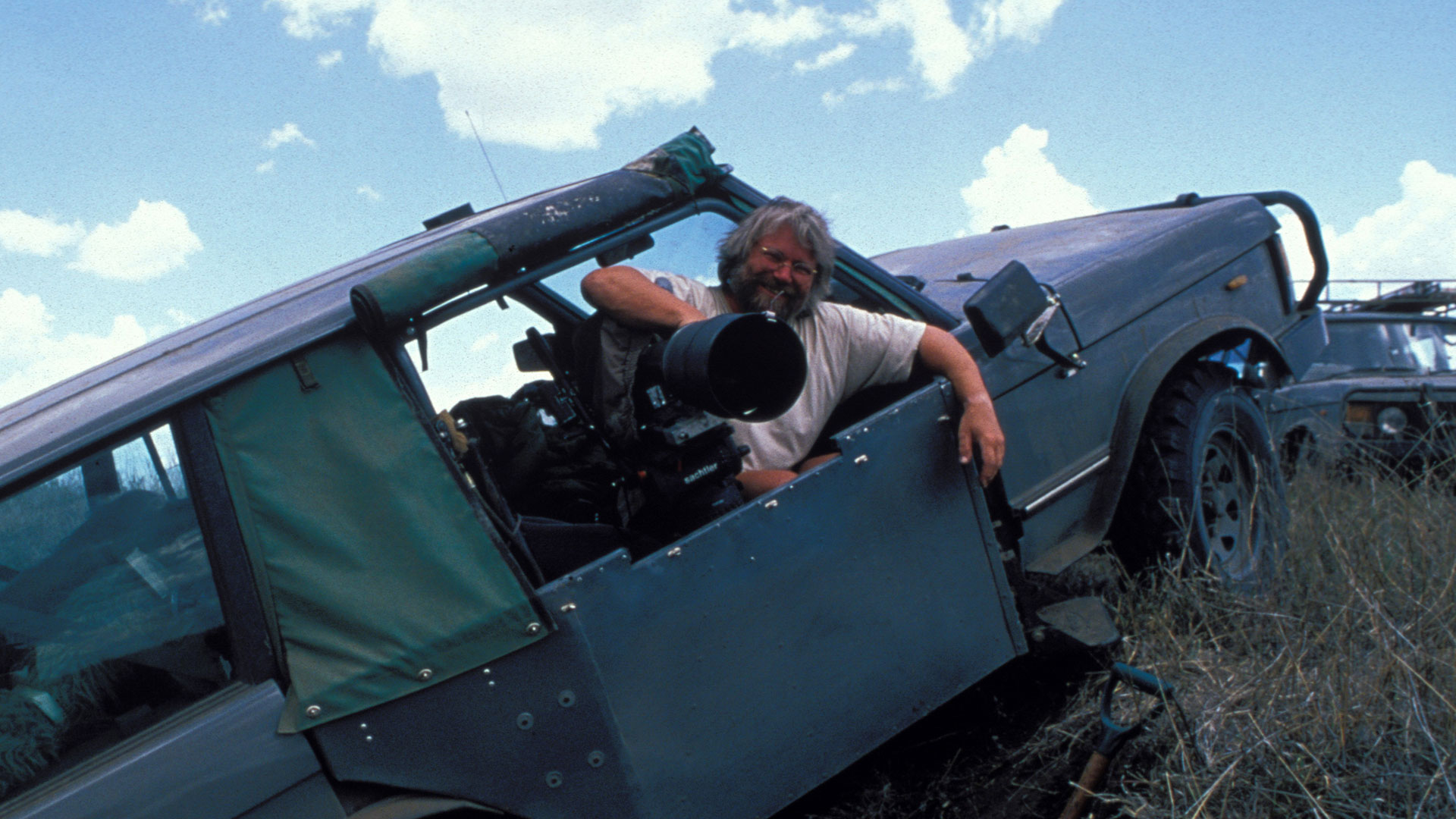 To make NATURE’s Chasing Big Cats, natural history filmmakers Owen Newman and Amanda Barrett spent years in Africa trailing some of the world’s rarest and most secretive predatory animals. Their painstaking labor, which has included tracking cats for days on end, has produced some of wildlife filmmaking’s most memorable footage. NATURE recently spoke with the pair from their home in the United Kingdom.

This is difficult work. How did you get involved in it?

Amanda Barrett: I’ve been doing it about 16 years. I started off as a secretary [to a filmmaker], then went on to become a researcher and then a producer. I’ve always been passionate about wildlife and environmental issues, and I wanted to show people the beauty of the amazing world around us. With knowledge comes respect, appreciation, and admiration. I hope people see that they are just one species among many. On the evolutionary scale we are just a twig on the tree, not the topmost branch. Lions are just trying to do what we do — raise babies and make their way in the world. Hopefully we can give them the space they need to do that.

Owen Newman: I got into it by accident, actually, in the late 1970s. I was doing still photography, and was helping out with a show on small mammals. [The filmmaker] gave me an ancient [movie] camera to try out. I think his exact words were to “p— off and go do some filming.” So I ended up making a film about some mice.

What’s drawn you to filming cats? 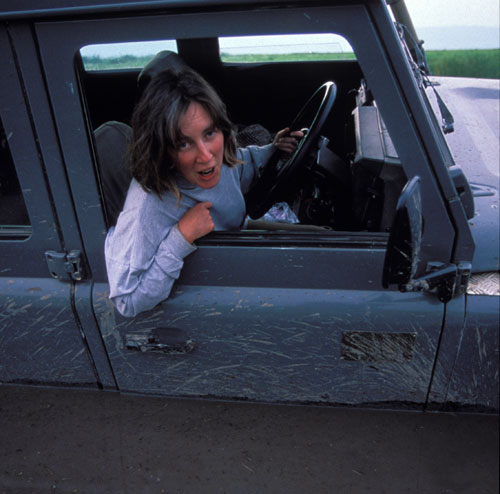 Amanda: Well, they are very photogenic, and they do a lot of interesting things. And there is still a lot to be found out about them. That’s not to say we’re not interested in those poor old herbivores, it’s just the cats are so interesting.

Owen: I think everyone is interested in the big cats. The first filming I did was of cheetahs. I latched on to a female with about six cubs, and it was fascinating to watch. When I’d finished that, I ended up doing a film where I followed a cheetah with small cubs for about three months… just followed her around…

How much time do you spend in the field filming?

Amanda: We go out for six to eight months a year. You need time to find and get to know the animals.

What’s changed during the time you’ve been going to Africa to film wild cats?

Amanda: In Kenya, the increasing human population is very noticeable. Parks are becoming islands in a sea of people. In Tanzania it is less noticeable, because it is a bigger country. Many of the changes I see are not necessarily for the better. But what gives me hope is that more and more young people are aware of the issues and problems.

Owen: There are certainly a lot more photographers and tourists. There is a lot more pressure on animals now… On some occasions you just get so many cars following one animal that you just have to back out. It is bad for the animal. Not everyone behaves very well.

Do you have a favorite moment you’ve captured on film?

Amanda: My most favorite is a backlit cheetah running right at the camera. It shows the essence of the cheetah. When the shot starts, she’s not at full tilt. Then her ears go back and you can see complete determination to catch that impala. She’s bred to run… it is millions of years of evolution caught in a moment of perfection. That is what every natural history filmmaker is trying to get. That run is the best cheetah run anyone will ever get… if not, I’ll eat my hat.

Owen: That was quite good. We also filmed some male lions fighting… that was quite lucky. The most exciting stuff has been with small cats. I filmed a young male serval that upset a grant’s gazelle, and she charged him and threw him over her back. Filming servals leaping in the air to catch storks was wonderful too.

What is one of your most difficult or memorable assignments?

Owen: We did a lot of work with male cheetahs, and the only way to do that is to trail them and stay with them for 5, 6, 7 days at a time, all day and all night. One evening we were with some tourists, watching these 3 males sitting under a tree. The tourists left, but we had license to stay on and follow them. As it got dark the cheetahs got up and started moving, then they would stop to sleep, then move on again. It was a hell of a job to stay awake yourself. Overall, they moved 16 kilometers (about 10 miles). But when they finally went to sleep around dawn, they’d ended up just 20 meters (about 65 feet) from where they started! The tourists who came back after breakfast must have thought we’d been there all night, in the same place!

Amanda: Filming that caracal at night. Trying to find one is like finding a needle in the haystack. So finding that cat, which was an incredible performer, was like finding Marilyn Monroe… she was one in 10,000.

What’s the next challenge?

Amanda: We’re off to Brazil to try to film wild jaguars. It is the most difficult cat of all.

Owen: Yes, just coming to grips with a wild jaguar will be very difficult. It’s the hardest thing we’ve set off to do. We’ll be using remote cameras, which we’ve never used before.

Amanda: They live in very impenetrable habitats and melt away into the undergrowth — and the undergrowth is very, very thick. But you try, because filming a wild cat doing its own thing is the ultimate Holy Grail.

Owen: Some shots you imagine are going to be really difficult. And then you get there and it is actually quite easy. And sometimes it’s the simplest shot that turns out to be virtually impossible. You never know until you are doing it.

The Whale Detective
Running With The Herd: A NATURE Short Film
Hippos: Africa's River Giants
Dogs in the Land of Lions
Sharkland
Dolphins: Spy in the Pod | Part 2