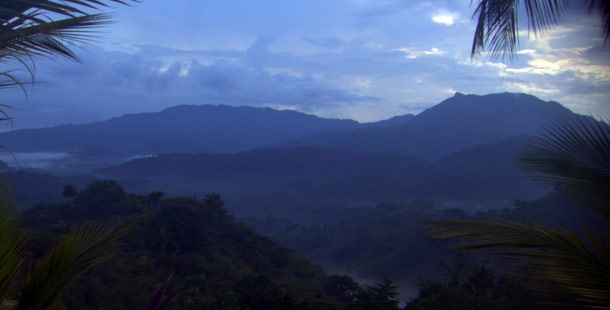 Cuba has been called the “Accidental Eden” for its exceptional biodiversity and unique historical development. The island nation and its archipelagos support thousands of plant and animal species, many of which are endemic, making Cuba the most naturally diverse Caribbean nation and a destination for biological scientists and ecotourists.

Cuba’s natural blessings are the result of a manifold historical trajectory. The American trade and tourism embargo and the collapse of the Soviet Union have both made “accidental” contributions to the survival of Cuban wildlife.

Cuba’s low population density (about 102 people per square kilometer) and relative land isolation as an island have afforded it moderately low levels of environmental destruction and high levels of endemism. And Cuba remains biologically diverse, but it has seen its share of loss.

Spanish colonialism invited new plants, animals, and diseases, and some native lifeforms failed to cope. Species unique to Cuba became extinct, including varieties of sloths and monkeys, among other animals.

The expansion of Cuban commercialism and industry, particularly with the influence of European and American capital, continued to threaten Cuban wildlife populations. Tobacco and more significantly sugar transformed the country from a Spanish shipping port to a major agricultural exporter. As sugar demand rose, habitat was destroyed for farming. Today, farmers still compete with wildlife for use of the land. At the same time, heavy industrial development polluted Cuban air, land, and water.

Cuba’s 1959 revolution set the country on a path apart from other post-colonial nations.
Although revolutionary Cuba instituted policies around agriculture, industry, forests, and water, like most states in the 1960s, its moderate environmental efforts had mixed results. Focusing more heavily on agriculture rather than heavy industry probably did more to save Cuban wildlife in the ‘60s and ‘70s than did any environmentally conscious policies.

While global capitalism continued on a general course of thoughtless environmental destruction, the U.S. embargo against Cuba, including a travel ban, freed the country from its most salient environmental threat while putting the nation under great economic strain. Cuba traded and underwent forms of “development,” but in many ways avoided the developments of late century American capitalism. While both “capitalism” and “communism” ultimately undervalued natural resources, American executive and legislative dispositions helped nurture the blossoming of Cuban wildlife.

A dramatic shift toward agriculture, industry, and the environment appeared after the collapse of the Soviet Union in 1991. With shortages in fossil fuels and the disappearance of 80% of both imports and exports, Cuba entered the “Special Period,” an economic depression that required new techniques to help the country become more self-sustaining. Although Cuban beaches were opened to international tourism, an environmentally significant aspect of the Special Period was the adoption of permaculture agriculture and land use strategies.

Circumstances since the ’90s have led the Cuban government to take a stronger legislative and rhetorical stance toward environmental management. Although initially centered around the human species, Fidel Castro’s 1992 address to the UN Earth Summit in Rio De Janeiro expresses this attitude of environmental awareness and urgency:

“An important biological species is in danger of disappearing due to the fast and progressive destruction of its natural living conditions: mankind. We have now become aware of this problem when it is almost too late to stop it. … Tomorrow it will be too late to do what we should have done a long time ago.”

Today Cuba exhibits thriving natural diversity, though it may be tenuous. Agricultural pollution, habitat destruction, and significantly tourism all threaten the island’s plants and animals and compete for land and water use.

Every moment brings Cuba closer to the possibility of a lifted U.S. embargo, which would dramatically affect Cuba’s economic possibilities and thus its wildlife. One of the many mixed blessing would be increased tourism.

Marine conservationist Fernando Bretos notes that “The tourism impact has really been minimal in Cuba, but that’s going to change. When you go from 2 million tourists a year to 4 to 6 to 8, everything will change.”

Those with concern for Cuban wildlife but an understanding of the inevitable promote an ecotourism that focuses on enjoying and even actively supporting nature. This practice necessitates natural preservation, though potentially favoring certain species of flora and fauna over others. Mixed messages from officials make it unclear how Cuba’s tourism industry will proceed, but some conservationists see Cuba’s position as an opportunity to set a constructive example.

SHARE
Features
Photos: Snails of Cuba
Photos: Cuba’s Natural Diversity
Photos: Behind the Scenes
The Causeway to Cayo Coco
Cuba: Accidental Eden - Preview
You May Also Like
Is That Skunk?
What Males Will Do
Baby Tales
Serengeti Stories
Revealing the Leopard
River of No Return