Primatologist Chloe Cipolletta is trying to befriend a group of western lowland gorillas in order to learn more about how to protect these endangered primates. 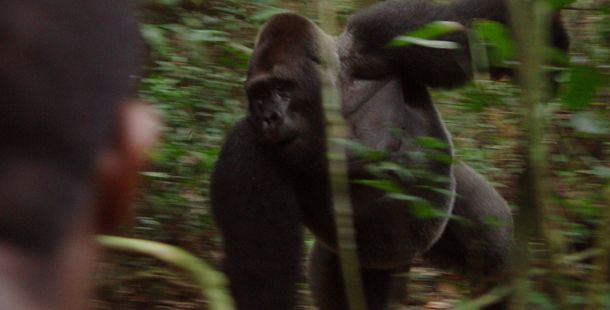 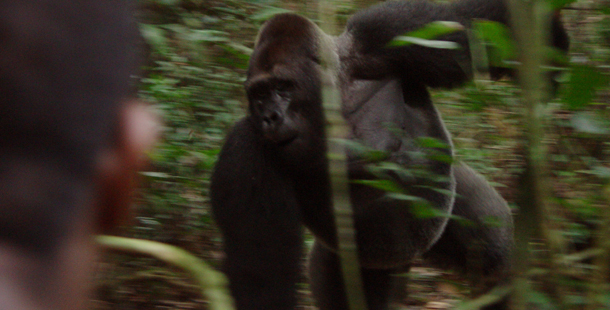 In the forests of the Central African Republic, Italian primatologist Chloe Cipolletta is trying to make friends. Cipolleta isn’t seeking ordinary companions; she’s trying to befriend a group of western lowland gorillas in order to learn more about how to protect these endangered and poorly understood primates.

“I was born with a passion for animals and nature,” Cipolletta told NATURE. “Working in a conservation project is, for me, the ultimate fulfillment because it gives me the chance to contribute to their protection while having the opportunity to work directly with them.”

If you’ve been to a zoo, you’ve probably seen a lowland gorilla. Despite their ubiquity in captivity, in the wild, lowland gorillas have proven far harder to study than their better-known cousins, the mountain gorillas. Lowland gorillas are hard to approach and live in thick, brushy forests that make it difficult for researchers to follow the animals.

Working under the auspices of the World Wildlife Fund, Cipolletta went to the Dzanga-Sangha region to learn more about western lowland gorillas. Her work is part of a larger effort to protect the region, where conservation groups and the government have established a 1,250-square-mile system of protected lands. These areas are filled with dense tropical forests and small, wet clearings called bais which attract animals, including gorillas.

To gain the gorillas’ trust, Cipolletta asked for help from the BaAka (Bi-AK-uh), local tribes people who have an intimate understanding of the forest and an extraordinary ability to find their way around it. Although the BaAka sometimes hunt gorillas they are generally afraid to get near them. So Chloe’s idea of tracking and then trying to get close to them must have seemed like madness. But eventually the BaAka, including Nbanda and Ngombo, two of their best trackers, agreed to help her. She admits she could not have found the gorillas without them.

The idea was to get the gorillas habituated to people, thereby enabling researchers to more easily study the primates, and to turn the area into an ecotourism destination, which might benefit the local economy. Planners hope such tourism will create an incentive to preserve the ecosystem and make the BaAka allies in protecting the gorillas.

In Deep Jungle, viewers watch as Cipolletta and her colleagues pick up the trail of a male gorilla silverback and his son, eventually ending up face to face with the pair. It was a memorable moment years in the making, but things have changed since the film was made, Cipolletta explains.

“Mlima (the silverback in the film) succeeded in acquiring a female, and was in [his] best shape ever,” she wrote. “But that attracted the attention of a lone silverback who opposed him, and wanted to attract the female. They fought and Mlima died as a result of the wounds.”

“The juvenile featured in the film, Ndimbe, was wounded too but survived,” Cipolletta wrote. “It was dramatic, but we also know that Mlima had a few very happy weeks with his new female before dying.” Cipolletta says tourists are able to watch the Makumba group of gorillas, “a family of 13 individuals with many kids.”

There are also signs that the BaAka have gained a new perspective on gorillas. “I still get surprised about many things while working here, and that’s one of the things keeping me here,” Cipolletta says. “Certainly a most encouraging moment was after the death of the silverback. I received so many condolences from people in the villages. The way so many people responded surprised me a lot and gave me much hope.”

Super Cats: Episode 1 | Extreme Lives
Living with Snow Leopards–Tashi’s Story: A NATURE Short Film
The Elephants of Africa
The Good, the Bad, and the Grizzly
Dolphins: Spy in the Pod | Part 2
Equus "Story of the Horse" | Episode 2: Chasing the Wind