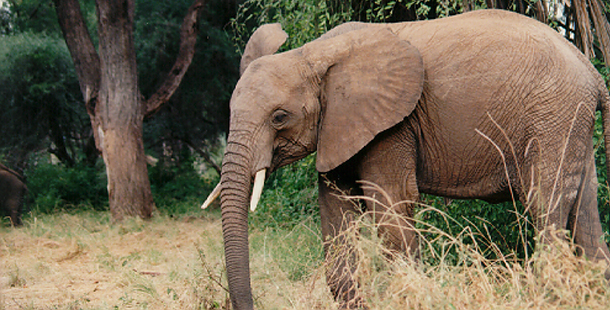 The Asian elephant, known to scientists as Elephas maximus, is just one of Earth’s two elephant genera (a classification above species). The other is the African elephant, officially known as Loxodonta africana.

Although both animals evolved from the same ancestor, a small, trunkless, pig-like animal that lived in Africa about 55 million years ago, by the first Ice Age they were of separate lines. Today, there are many differences between African and Asian elephants. Here are a few clues to help you tell them apart:

African: About 600,000 living in most African countries, excluding the Sahara and the rainforest of the Congo. Primarily found on protected reserves. 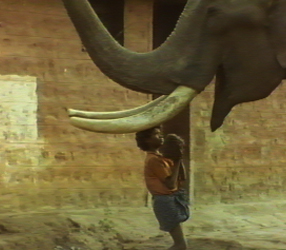 Both species use their trunks — which contain more than 40,000 muscles — to pick up food, to act as snorkels when swimming, and to spray water when taking a bath, as well as for smelling, touching, and grasping.

Asian: Have a single “finger” on the upper tip of their trunks.

TUSKS
Specialized teeth that keep growing throughout the elephant’s life. Used for digging up roots and fighting.

Asian: Only some males have tusks; those with tusks sport relatively small ones, usually less than 3 feet long.

African: Both female and male elephants have relatively large tusks. Largest known is more than 11 feet long and weighs 236 lbs.

EARS
In addition to hearing, elephants flap their ears to lower the temperature of their blood and cool themselves down.

Asian: Relatively small, triangle-shaped ears folded back along the head.

African: Larger ears often splayed away from the body like wings. Since African elephants live in hotter areas, their ears are larger in order to provide maximum cooling.

Asian: Two lumps, or domes, on their skulls.

Asian: Female Asian elephants are commonly used in circuses and kept in zoos; they are considered relatively easy to train.

African: African elephants are thought to be harder to tame, though they have been domesticated for labor in some African nations. The famous circus elephant Jumbo was a male African elephant.