The Tongass National Forest is the country’s largest national forest, and covers most of Southeast Alaska, and surrounds the famous Inside Passage. Established September 10, 1907, the national forest covers more than 17 million acres of Alaskan land. Fortress of the Bears was filmed in an area of the Tongass known as Admiralty Island, the seventh largest island in the United States, and home to the largest concentration of bears in the world. (Click on map for enlarged image.) 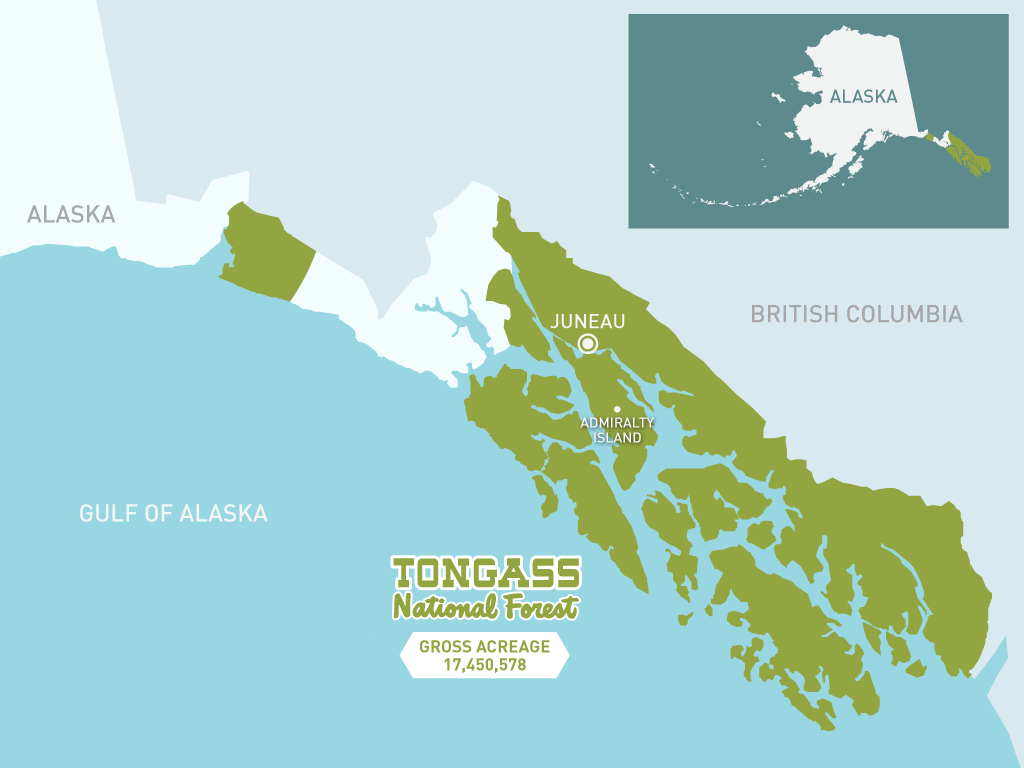