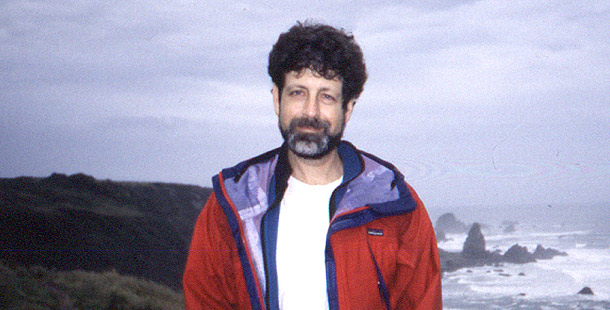 Animals Behaving Badly filmmaker John Rubin is president and producer/executive producer of Rubin Tarrant Productions (RTP). He is an Emmy Award-winning filmmaker who turned to documentaries after completing his Ph.D. in cognitive science at M.I.T. in 1986. Rubin was a member of National Geographic Television’s Natural History Unit from 1993-1997. NATURE Online spoke with Rubin for an insider’s view of Animals Behaving Badly.

What gave you the idea to film animals being naughty?

I heard a story about monkeys in Thailand that would wait outside a 7-11 for kids to come out holding Slurpees. And the monkeys would actually mug the kids by coming up to them and making threatening faces, or worse. And so most of the kids would immediately drop their Slurpees and run, and then the monkeys would take the food around to the back of the store and enjoy it at their leisure. So this story, which by the way never ended up in the film, got me thinking about how rare it was for animals to actually win out in a conflict with people. And that led me to the story of Animals Behaving Badly, which is a look at what species need in order to survive near humans.

Do they have to become more like humans in order to survive?

In a way, that’s true: the species that seem to win out are generalists. They don’t have picky tastes about food, they aren’t picky about where they sleep or den, they tend to be fast breeders, and they tend to be very smart. Many of those are qualities we share with them.

So we’re teaching them to be more like us?

Well, I don’t know about teaching them to be more like us, but those that prevail — and that’s certainly a minority of species — are those that share a number of qualities with us.

Were there other anecdotes besides the monkeys in Thailand that you heard about but were unable to include?

We had a long list that we were pursuing. I was interested in a story about pickpocket monkeys in Bali, Indonesia. Those are monkeys that have been trained by their owners to pick the pockets of tourists, and then I decided that those weren’t really central to the story because those were actually corrupted by human instruction rather than following their own instincts.

[Another story was about] condors near Santa Barbara. A guy named Les Reed heard a crashing noise upstairs in his house; he was working in the basement. When he went upstairs, he found more than one condor in his bedroom. They had torn open the screen door, and the condors were shredding his bedroom, tearing up his mattress and laundry! And when he arrived, they just kind of stared at him. They’re very large birds. But we didn’t know how to get that on screen, or how to depict it, so we let that one slide. But that was very odd to me, that condors would be so bold and curiously aggressive. It could be that these were condors that had been hand-raised and reintroduced, and had some habituation to people. That was very odd.

Also, a filmmaker friend of mine had managed to capture black bears who were ripping laundry off a laundry line and then rolling around in the fresh laundry. They couldn’t figure out why they were doing this, or what to make of it, though!

How did you discover the various different situations depicted in the program? How did you find the marauding stone martens, the bears, or the skunk in San Francisco?

The skunk in San Francisco was something I heard about through my associate producer, Sarah Werner. The story actually takes place in her parents’ house. As we were discussing and researching the film, she mentioned that her parents’ home was regularly invaded by skunks that entered through the cat door. So it was actually her father who set up the video camera very patiently night after night and helped us capture the skunk invasion and the raccoon invasion.

Was the skunk that came in during the dinner party a stunt skunk, or was it a real invader?

The skunk was a re-enactment of the story that Christian Werner tells that we weren’t able to capture, but the raccoon entering the cat door in the garage was captured in his house by the patient setting up of a video camera night after night. I asked him to set up the camera in the garage aimed at the door and just set it rolling, and it had an hour of tape in it. So by just setting it rolling for an hour every night as he went to bed, we quickly caught the raccoon entering. That was good.

You must be very brave to film a skunk. How do you deal with an animal that, if he gets frightened, might spray the entire crew?

Yes, and actually, the skunk we used in that re-enactment was not a de-scented skunk, I believe, so why we weren’t sprayed, I don’t know! We actually filmed that re-enactment in Anne Tarrant’s house, and when her husband came home, he did detect a funky aroma, and I think we are no longer invited back for animal re-enactments.

Back to the question of how we got a lot of the footage: it came from very extensive research, talking to lots and lots of people we knew. Just as one example of how we found footage, the ravens in Yellowstone Park: I found out about that by asking a filmmaker friend named Bob Landis if anything came to mind on the subject of animals behaving badly — that is, exasperating behaviors that are triggered by human proximity. And he told me about this sequence that he had filmed in Yellowstone. We had probably hundreds of conversations like that, asking people who spent time with animals for stories they’d heard of or experienced.

Which was your favorite sequence?

My favorite was the Canada goose story.

Yes, I can’t believe that stayed in! That was fun. It’s also a very current and big story, because Canada geese are invading any possible green space in huge numbers. I guess what I liked about it was the superintendent of the golf course, who was this poor beleaguered man who was trying to keep his golf course running. And he tries one thing after another to get rid of the geese. He tries fireworks and firecrackers; he got a toy boat from Radio Shack and chased the geese around in a water hazard, and the geese hardly reacted! And then the ultimate solution that we pointed him toward was the use of border collies.

So you actually suggested that?

Yes. He had heard about it independently and knew of this woman and her dogs, but they hadn’t gotten together, so we came along at the right time. But it had been on his mind, and we introduced them for this trial run. But lots of golf courses are adopting these dogs, and what’s interesting too is that most border collies are just not fit for work on a golf course because they don’t like to be in the water, and they have to jump in the water to chase the geese, as it’s the first place they go for safety. So I like the humor of the story, and I like the gentle resolution of it, and the fact that the problem is resolved by the exercise of the dog’s natural inclination.

The sequence with the aerialist squirrel: is that just a run-of-the-mill ordinary squirrel, or was it a trained stunt squirrel?

To call it a trained squirrel would be praising the squirrel beyond all reason and ability. We worked with an animal handler who, during the warm months in the northeast, receives baby squirrels that have been orphaned somehow. We worked with her to get a squirrel that was used to having people around and had been introduced to our steeplechase course. So I wouldn’t call it a trained squirrel; I’d call it a habituated squirrel that knew the course and had been introduced to it.

They’re very difficult animals to work with. They’re smart; it’s just that they’re as jittery as they look. I think there are a lot of small thoughts flickering through their heads rapidly. And of course, in filming, what the squirrel was most interested in doing, rather than running the course to get the reward, it was much more interested in jumping off the platform onto the camera and the cinematographer’s head!

What do you consider to be the general message of the film?

It’s actually a pretty gentle film when you get down to it. I think of it more as a film about people behaving badly, and I mean that in the sense that human beings are putting pressure on wild animals by expanding our territory, expanding our domination of the landscape. I hope people take the title in the ironic way I meant it: it’s really about people putting pressure on environments and putting challenges to animals that only very few of them can rise to. I’d like viewers to come away with a greater sense of the impact we have on the natural world, and the fact that very few animals do well when we take over a new neighborhood or a new part of the world. It’s about animals reacting to humans and using their natural gifts to do the best they can with the situation we present them.

What is the next project you’re working on?

I have a film in mind that I would love to be the successor of this: I would like to look at the story of invasive species. In the new film, I’d like to take the same entertaining or sometimes comedic approach to what again is a very serious topic. Invasive species, that is, species that we have brought with us intentionally as we move around the world, or species that have hitchhiked with us without our knowledge from one part of the world to another, have had tremendous impacts on environments.

The story I know best is in Jamaica. That’s a story where the first invader was a rat, and that caused terrible damage, so they thought they would fight the rat with a mongoose, not realizing that rats are nocturnal and the mongoose is diurnal. And so these two animals never met each other, and instead double-teamed the birds that they were damaging!

I think you can serve a serious topic without being really dutiful or gloomy in your tone: my working title for this next film is I’M WITH STUPID.