Ancient Egyptians believed they were gods of the underworld, and that their evening yips and yowls were the haunting songs of the dead. Modern cultures dismissed them as cold-hearted and calculated killers, the vicious thugs of the animal world. 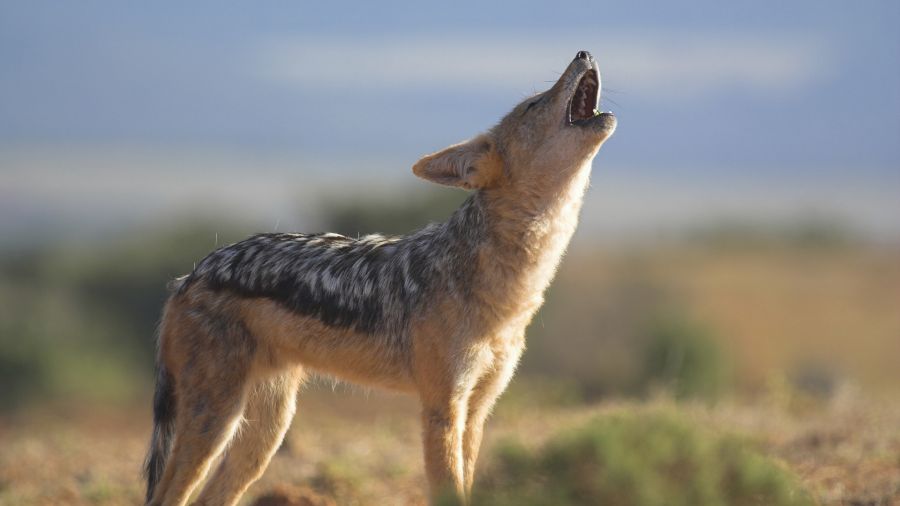 The jackal has a bad reputation.

Ancient Egyptians believed they were gods of the underworld, and that their evening yips and yowls were the haunting songs of the dead. Modern cultures dismissed them as cold-hearted and calculated killers, the vicious thugs of the animal world. But as NATURE’s Jackals of the African Crater shows, the dog-like jackal lives a far more complicated — and challenging — life than many once believed. Indeed, jackals need all the creativity and cunning they can muster to survive on the rolling grasslands and marshes of Africa’s Ngorongoro Crater, where three species of jackal — golden, black-backed, and side-striped — struggle to raise families and find food. Jackals of the African Crater documents the dramatic, and sometimes heartrending, stories of these jackal families. One pair of black-backed parents struggles to feed its pups in the midst of a dry season, only to lose their nearly grown offspring to a hungry golden jackal. A pair of side-stripes are luckier: their marsh-side home provides plenty of food, from insects and plants to the scavenged leftovers from kills made by lions and cheetahs. The program also highlights the jackal’s own hunting abilities, from taking down young wildebeest to headlong rushes that capture wading flamingos that have ventured too close to shore.

Jackals, which are related to domestic dogs and wild wolves, are found in many parts of Africa, southeastern Europe, and southern Asia. And while they may be known for their taste for meat, Jackals of the African Crater illustrates what researchers have known for years: the animals also get a large share of their diet from plants and insects. Some studies of golden jackals, for instance, found that nearly half of their meals consisted of plants, and that they will eat everything from eggs and frogs to grasshoppers and snakes. “They have to be very flexible in their tastes, able to shift to whatever is available at the time,” says Javier Sorgena, a wildlife photographer who has captured the animals on film. “Plus, they have to develop all kinds of specialized hunting skills — pouncing on a gazelle is a lot different than batting down a grasshopper or harvesting a mushroom.” Researchers have also documented that jackals, unlike most mammals, mate for life, which can last 10-12 years in the wild. They raise their young (an average litter has five pups) in carefully dug burrows. The babies are born blind, but are usually ready to care for themselves after four months, and will stay with the family until they are 18 months old. As parents, however, jackals can get some help that is a little unusual. Often, grown offspring will remain with a mating pair as helpers, assisting the family in many ways.

Jackals have a large vocabulary of calls.

They stand watch outside the den, issuing “rumble growls” and “predator barks” that warn the pups to take shelter. The helpers also bring food to the pups and nursing mothers, increasing the odds that both parents and offspring will survive the rigors of childrearing. Cooperation isn’t limited to family life, however. When it comes to hunting, jackals also work together. Several pairs, for instance, may take turns tiring out and dragging down a gazelle. And many jackals may band together to scare a cheetah away from its kill, so they can feed on the scraps. To coordinate such activities, jackals have a large vocabulary of calls that they use to communicate. Yips, growls, hisses, and howls all have a place in the jackal language, each sound designed to warn away strangers or welcome friends. Jackals also have remarkably expressive body language, using everything from a submissive “heads down” posture to athletic body slams to communicate their place in the pack. “A lot of their behavior is like [that of] domestic dogs,” says Sorgena. “You can know when they are content or angry just by looking at them. Jackals are much more expressive than you might expect.” And, he adds, “Much less sinister and more interesting, too.”

Murder in the Troop
CUBA: Wild Island of the Caribbean
Fox Tales
Penguins of the Antarctic
Saving Otter 501
Snowbound: Animals of Winter