Life at the Edge of the Sea

This film, which took two years to create, is a vivid portrait of life -- and death -- in the tide pools and bays along Canada's rugged Pacific coast. 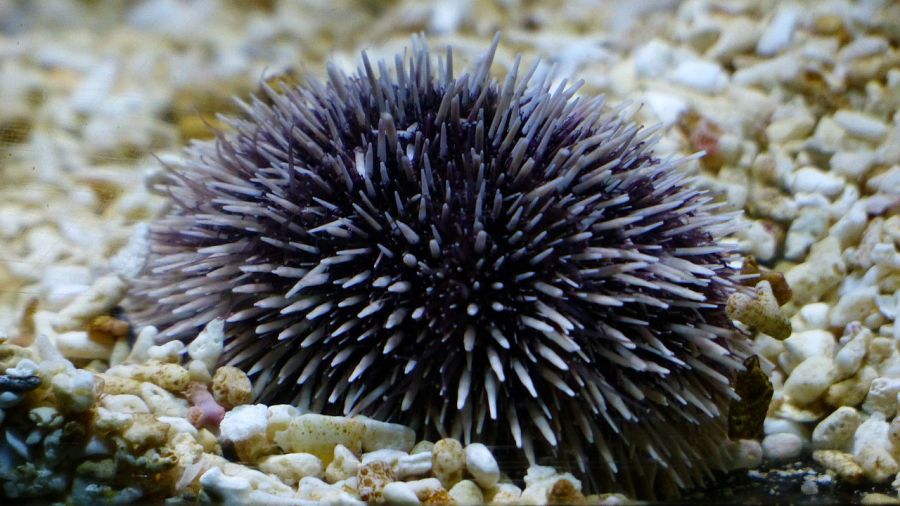 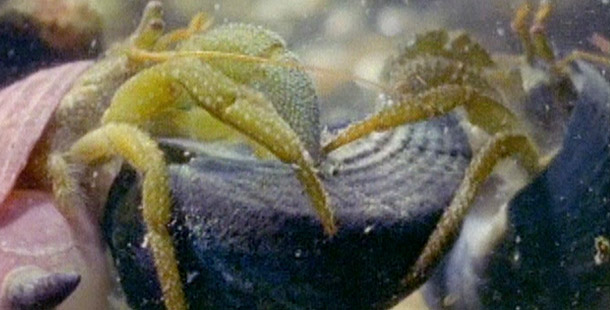 Sea urchins and a sea star. Imagine waking up in the morning submerged in freezing water, spending your afternoon baking beneath a merciless sun, and ending the day battered by 10-foot waves that smash into you with the force of a hundred hammer blows — all the while fending off attacks from neighbors intent on making you their next meal. Such is the challenging everyday life of the remarkable creatures featured in the NATURE program LIFE AT THE EDGE OF THE SEA. This film, which took two years to create, is a vivid portrait of life — and death — in the tide pools and bays along Canada’s rugged Pacific coast.

Researchers have long marveled at the life that flourishes in the narrow band where the sea flings itself against the edge of the continent. Mussels, barnacles, and anemones carpet rocks and sand flats, crabs hide under every stone, and fish and sea stars lurk in forests of kelp and sea grass, eager for a meal. But amidst pounding waves and powerful tides, these plants and animals must find a way to hang on — or risk being tossed high onto the beach or swept out to sea. Those that find footholds are rewarded with a daily feast of food and oxygen, delivered by the rising tide.

When the tide recedes, however, the feast may be followed by famine and danger: without their protective blanket of water, residents of the tidal zone are exposed to extreme conditions, from summer’s broiling sun to winter’s freezing winds.

A barnacle in the midst of feeding. They also become vulnerable to land-based invaders: there is no way to predict when a bird, bear, or mink might emerge from its forest home looking for a convenient seafood snack.

Indeed, the tide, which comes in and goes out twice a day, is one of the few predictable events in an otherwise chaotic world, providing an underlying rhythm to life along the shore. However, unless we stare unwaveringly at the shore for hours, the tide creeps in and out too gradually for us to notice. But by using time-lapse photography, which compresses hours or days of action into just a few minutes, the filmmakers who created LIFE AT THE EDGE OF THE SEA were able to capture the subtle beauty of the flowing tide in several stunning sequences. Documenting the ocean’s slow ebb and flow was no easy task, says Rodger Jackman, the veteran British filmmaker who produced the film: it took more than a dozen tries to get the right combination of light and weather.

Despite their difficulty, however, time-lapse techniques also allowed Jackman and his team to capture sights usually visible only to the most patient observer. In two sequences, for example, events that take hours to occur in nature are compressed into the space of a few seconds: a mussel puts forth the strong, web-like threads that anchor it to the ocean floor, and a single flower-like sea anemone elegantly divides into two perfect clones. Other anemones — which, despite their plant-like appearance, are animals — are shown fighting a territorial battle.

Though slow, the fight is vicious, as the combatants stab at each other with tiny, venom-filled harpoons. In another segment, a predatory sea star pursues a fleeing hat-shaped mollusk called a limpet in a chase that moves at a glacially slow pace, yet manages to keep viewers on the edge of their seats. Though the limpet does not escape its relentless predator, other seashore animals use ingenious ways of foiling their attackers. When pursued by a hungry rock crab, a hermit crab simply climbs out of its shell, trading its home for its life. A keyhole limpet rents out space on its shell to a helpful companion, a small worm that darts out to charge the feet of a threatening sea star to drive it away. A solitary deep-water anemone literally dances away from an approaching sea star, tearing itself from the ocean floor and launching itself off with a deep bow and a twist, soaring away from the luckless star.

Behind the Scenes
Web & Print Resources
Life On Land’s End