It’s not what you think.  In an age of climate change and widespread environmental angst, with new threats like murder hornets making headlines, the title of this essay might come across as some sort of death notice.  After all, many insect populations are indeed declining, and it doesn’t take a degree in entomology to notice fewer and fewer bug splatters on the windshield after a country drive.  But in this case, the phrase “lights out” is meant quite literally, and with a hopeful purpose in mind. 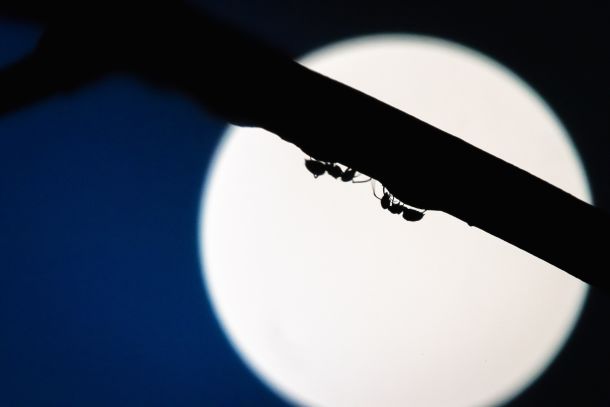 Photo by Greg Rosenke on Unsplash

Let me explain.  As someone who has written and lectured about bees and other imperiled “bugs,” (used here inclusively for all insects), I’m often asked what a person can do to help.  There are many answers to that question, from planting pollinator gardens and avoiding the use of pesticides to supporting groups like Buglife or The Xerces Society.  But one of the simplest and most immediate ways to take action is also one of the most commonly overlooked.  Anyone can do it, and it helps to address a problem that we all contribute to.  I’m talking about turning off the lights.

Every time you spot a moth, crane fly, junebug, or other nocturnal flier perched on a lighted window or circling a bulb, you’re seeing an insect doing something that it shouldn’t be doing.  Artificial light overwhelms their navigation system in ways that scientists don’t completely understand, but the results are clear.  As many as a third of insects disoriented by street lamps and other fixed light sources are dead by morning – either through exhaustion or exposure to predators.  This fatal attraction creates what entomologists call the “vacuum cleaner effect,” as light-sensitive species are steadily hoovered out of the landscape, night after night.  Even those individuals that get away don’t escape unharmed.  They’ve wasted precious hours from their short lives – every night counts when you only have a few days or weeks to disperse and find a mate.

Some might wonder why it matters; what is so important about secretive, nighttime creatures that we seldom even see?  Part of the answer lies in pollination, with new evidence that moths play a larger role than previously thought, visiting as wide an array of flowers as bees and butterflies.  Nocturnal bugs are also essential to the food web, providing prey for bats, frogs, and spiders, and producing grubs and caterpillars that feed everything from woodpeckers to grizzly bears.  Having abundant wildlife in the daylight often depends upon having abundant insects at night.  To raise a single brood of chickadees, for example, the parent birds must find, capture, and deliver between 6,000 and 9,000 insect larvae, mostly the offspring of moths. 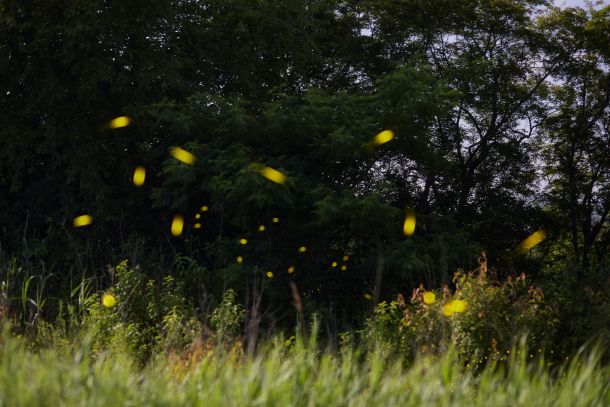 Photo by Tengyart on Unsplash

Reducing the threat of light pollution can be as easy as flipping a switch.  Nearly every home, apartment, or business is brighter at night than it needs to be.  There are lights left on in empty rooms, and offices illuminated after hours.  There are yards, porches, and driveways lit up continuously without cause.  Turning off these extraneous bulbs is the obvious place to start, but even necessary lights can be dimmed with bugs in mind.  Drawing shades or curtains makes any bright window less attractive, and warm-colored LED bulbs draw far fewer insects than incandescents, compact fluorescents, or LEDs at the blue end of the spectrum.  Porch lights and streetlights can be hooded to direct their beams downward, and equipped with motion sensors so that they activate only when needed, winking out again before any insects are harmed.

To be clear, artificial light is not the only challenge facing nocturnal bugs.  They also suffer from habitat loss, climate change, pesticides, and all the rest.  But in the face of problems that can seem overwhelming, turning off the lights offers something rare:  immediate results.  A small plume moth came to the window while I was writing this essay, late at night, sitting in my favorite reading chair.  So I turned off the lamp and moved to another room for a few minutes.  When I came back, the moth had regained its senses and fluttered off, back to a more suitable darkness.

Helping insects – at least a little bit – can be that simple.  And if we make a habit of it, the benefits will extend far beyond those species attracted to lights.  Insects that avoid brightness also fare better in darker nights, as do a host of other creatures, from birds to turtles to mammals.  Even people are healthier when the lights go out, experiencing lower risk of breast cancer and cardiovascular disease, as well as a boost of sleep-inducing hormones.  (Yes, doing this good deed will make you sleep better at night – there are data to prove it!)  As if that weren’t enough, turning out lights saves energy and lowers the monthly power bill, often helping reduce carbon emissions at the same time. 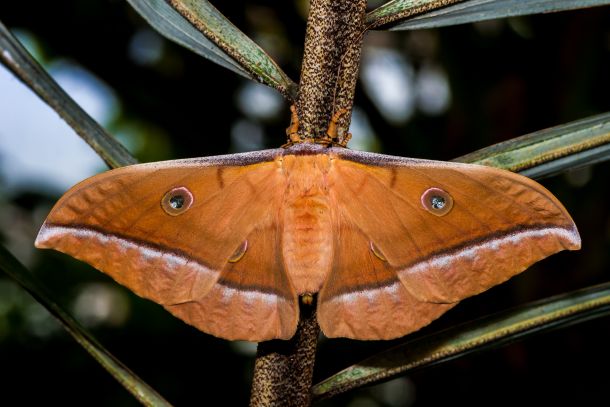 Photo by Zdeněk Macháček on Unsplash

Globally, artificial illumination at night is spreading and intensifying at roughly two percent every year, and some scientists now argue that it should be regulated like any other environmental pollutant.  The urgency of taking action to help nocturnal insects, and all that depends upon them, has never been greater.  We shouldn’t be afraid of the dark; we should be afraid of losing it.