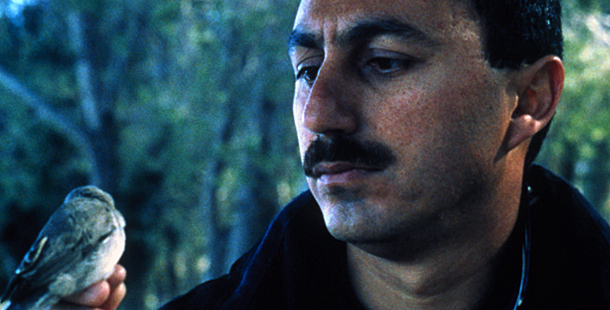 It is one of the most beloved stories in the Bible and many other great religious texts. God, upset by the behavior of his creations on Earth, decides to start over — to wipe the slate clean by sending a great flood to wash away “both man and beast, and the creeping thing and the fowls of the air.

But at the last moment, God decides to spare the family of one good man. And he orders this man — named Noah in the Bible — on an extraordinary search and rescue mission: He must build an ark, a sort of giant life boat, and pack it with “two of all living creatures, male and female.” When the great flood recedes, Noah and his oceangoing menagerie are left high and dry on the side of a great mountain, free to renew life on a barren landscape.

To some, the story of Noah is an ancient metaphor for the restoration of life after a great disaster. But to others, it is history, or as they say in Hollywood: “Based on a true life story.” And for centuries, these true believers have searched for Noah’s landing place and the remains of his ark on the rocky, snowy ridges of the Holy Land’s highest mountains.

Much of the attention has focused on Mount Ararat, a 17,000-foot-high extinct volcano in Turkey, near its borders with Iran, Iraq, and Armenia. Even in the 13th century, Ararat already had a reputation as Noah’s final destination. And in the famous TRAVELS BY MARCO POLO, the Venetian adventurer describes its imposing grandeur: “It is so wide that it takes more than two days to circle it. The summit’s snows are so deep year round that one can never climb it.”

Such grueling conditions, however, haven’t prevented explorers from scrambling up Ararat’s slopes in search of the Ark. In modern times, these quests have become increasingly high-tech, using aerial photography and ground-sensing radars to probe the mountain’s thick ice sheets and rock fields. Others have seized on images captured by satellites orbiting high above the earth. Every shadow, snow bulge, and oddly-shaped rock is scrutinized for the possibility that it, at last, is the remains of the ark.

Some have claimed great discoveries — bits of the ark’s wood, or photographs of its decaying hull — only to fail to produce convincing evidence. Others have admitted to perpetrating hoaxes, either for personal publicity or to embarrass those they say are engaged in a ridiculous quest. Skeptics, for instance, question how Noah’s great wooden hull would have survived some 3,000 years exposed to the harsh elements.

Such challenges haven’t stopped the speculation, however. Ark enthusiasts continue to search religious texts for clues to the Ark’s location, debating the merits of different mountains. Others try to tease out the great ship’s exact design, even building scale models that they have tested in wave tanks. (Their conclusion: a rectangular ark the size of a modern cargo ship would have surfed the flood’s giant waves with aplomb, although the animals would have gotten pretty seasick.)

Others ponder Noah’s construction techniques and strategies for rounding up the animals, food, and necessary construction supplies. Some have even done precise calculations of how many animals were on board, how much food they needed, and how much space they occupied. A few even mount expeditions — no mean feat given that the areas they visit are often plagued by violence.

Meanwhile, some geologists wonder whether new evidence of great floods that swept parts of the Black Sea basin thousands of years ago may have given rise to the story of Noah’s Ark. And archeologists who have studied ancient sunken towns voice similar ideas. So far, however, there is little consensus beyond the idea that the story of Noah’s Ark is one of the best ever told.

Still, some nations in the historic Holy Land are beginning to develop another kind of ark: an extensive system of nature reserves where threatened species can be protected from the flood of humanity. Like the great lifeboat of yore, these shelters may yet deliver survivors from the storm.