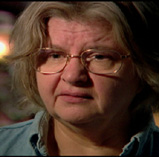 From an early age, Biruté Galdikas — the scientist featured in NATURE’s FROM ORPHAN TO KING — knew she wanted to study animals and be an explorer. But she probably never dreamed that she would become famous, and even somewhat controversial, as an expert on one of the world’s most endangered primates.

Born in Germany in 1946, Galdikas spent her childhood in Canada. Her family ultimately moved to the United States, where Galdikas studied anthropology at the University of California, Los Angeles. There, as a graduate student, she became inspired by the work of Louis Leakey, an anthropologist from Kenya who studied primates to learn more about human behavior.

Leakey was already in the process of helping two other young women researchers study chimpanzee and mountain gorillas. Their names were Jane Goodall and Dian Fossey, and Galdikas was eager to join the class. She lobbied Leakey to help her establish a study of orangutans, the great red apes of Sumatra and Borneo.

Many scientists believed the mysterious, solitary apes were nearly impossible to study. But in 1971, at the age of 25, Galdikas and her husband at the time, photographer Rod Brindamour, arrived in an isolated part of Indonesian Borneo and eventually established “Camp Leakey” on the banks of a river. “My first years in the field were years of discovery,” she wrote in a 1995 biography. “Merely finding a wild orangutan was exciting… following an orangutan for a week or more was a triumph. … Almost everything I learned about orangutans was new.”

Soon, her careful observations forever changed our view of orangutans. At the time, the apes were believed to be loners. But Galdikas says she “was able to demonstrate the true nature of orangutan social organization. Yes, they are solitary, but they are social too; when they are adolescents and still visiting their mothers, they can be quite gregarious. But as they get older, they become increasingly solitary. But the only ones that can be called truly solitary are the adult males.”

She also helped show that while some populations stay in one swath of forest, others migrate. She found that orangutans “have one of the longest birth intervals of any animal in the wild — just one offspring every 8 years,” she says. But females can stay reproductively healthy for a long time. “There are females I encountered when I first went to Indonesia 30 years ago that were fully adult then, and don’t look old and withered now,” she says. “These are long-lived primates that reproduce very, very slowly.”

Galdikas’s work soon brought her worldwide attention, especially after NATIONAL GEOGRAPHIC magazine published a cover story featuring Brindamour’s photos of Camp Leakey. Over the next few decades, Camp Leakey became a world center for orangutan study. But the outpost took on more than research: it also became home to dozens of orphaned orangutans, whose mothers were shot for food or by poachers involved in the pet trade. Kusasi, the orangutan featured in FROM ORPHAN TO KING, was one of these foundlings.

Galdikas’s rehabilitation efforts, however, have brought controversy. The orphaned apes were often psychologically damaged and difficult to control. Some even attacked guests and staffers. Researchers questioned the value of observing the orphaned apes, wondering whether their behavior was representative of orangutans in the wild. Others were concerned that the released rehabilitated apes would spread diseases to local wild orangutan populations. Government officials began to challenge the work, even to withdraw permits. (Rehabilitation is no longer practiced at Camp Leakey.)

At the same time, Galdikas was becoming an increasingly active conservationist. Concerned by the rapid clearing of orangutan habitat, she lobbied the Indonesian government to set aside parks and curb illegal logging and orangutan trading — with some success. But her efforts came at a cost; she was threatened, harassed, and even kidnapped by those who opposed her work.

Camp Leakey is fairly quiet, although it routinely hosts visitors (including tours led by Galdikas) and a few resident researchers. In 1999, Galdikas opened another rehabilitation center in the village of Pasir Panjang, which is close to Camp Leakey. There she has worked to employ local residents in projects that create incentives to protect orangutan habitat.

“Unfortunately, there is massive unemployment in Indonesia, so people become self-employed to earn money — and one thing you can do is go out and log the nearby forest,” she says. “So we are trying to create alternatives to that. We employ over 250 people, and provide a steady income so that they can plan for the future. Once people have employment, it is amazing how their attitude toward conservation changes. One village chief recently approached me and said he even wanted to create a forest preserve around the village.”

Galdikas says research still has a role to play in the orangutan’s future. “One of the best things that can happen to a forest is to have researchers there,” she says. “They attract attention and get the government to enforce protections. Even if it is just a ‘paper park’ [where rules aren’t enforced very well] they can protect habitat, because developers are reluctant to do anything permanent, like create a plantation. It might get taken away.”

Still, she is very worried about the orangutan’s future. Huge fires that swept through Indonesia in the late 1990s killed hundreds of apes, and destroyed food sources and habitat for thousands more. Since then, some populations have plummeted. She says there may be more orangutans than researchers once thought — perhaps 30,000 instead of just 20,000. “But the deforestation rates are actually greater than we suspected, too,” she says. “You can just see the forests being destroyed — where there were trees 5 years ago, there is now a palm oil plantation.” Unless such destruction is stopped, she says, orangutans will slip into extinction.

Galdikas is committed to preventing that from happening. A dream that began decades ago as a child in Canada has come true — and now she wants to make sure it doesn’t go away.