In the extreme conditions of Alaska’s great Iditarod sled dog race, almost no factor is more important than the relationship forged between the mushers and their dogs. Their extraordinary bond can mean more than win or lose – it can mean life or death. 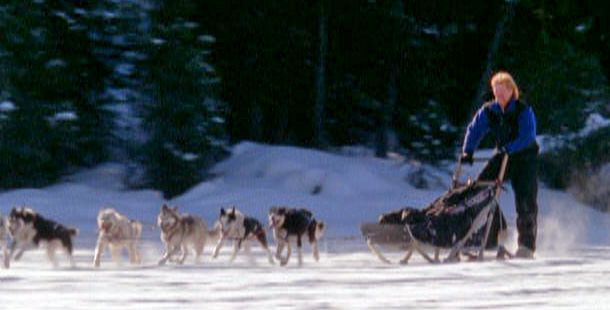 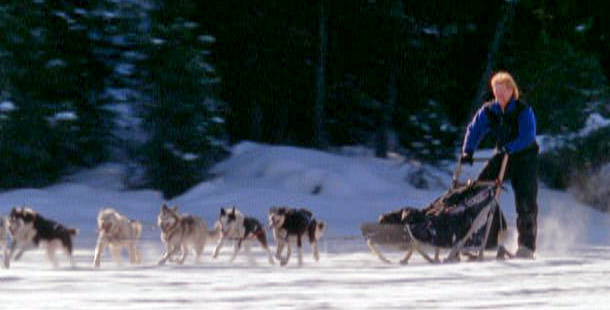 Ironically, the powerful, dedicated canines profiled in NATURE’s SLED DOGS: AN ALASKAN EPIC are little more than mutts. “The dog we call the Alaskan husky isn’t a formal breed,” explains onetime musher Joe Runyan, who won Alaska’s Iditarod sled dog race in 1989. Rather, huskies are mixed-breed dogs that are selected “for performance, not looks,” he says.

In particular, husky breeders are looking for dogs with an instinctive desire to pull long and hard through the toughest conditions. “You’ve got to have dogs that really want to see what is around that next corner,” Runyan says. “They want to be always on the go.”

Still, careful breeding over decades has produced dogs with telltale physiques. For one thing, the best sled-pulling dogs have quick, efficient gaits and remarkable strength for their size. “You rarely see a really good sled dog over about 55 pounds,” says Runyan, speculating that larger dogs are at a physiological disadvantage when it comes to delivering oxygen and blood to the heart, lungs, and muscles. But even small dogs can pull impressive loads. “My daughter had a 43-pound dog that pulled over 800 pounds,” Runyan recalls. With such power, a 16-dog sled team “is like a small pony with 64 legs,” he notes. Bigger teams, including one that included more than 200 dogs, have been known to pull buses and even help move houses. “Their strength can be unbelievable,” Runyan says.

Getting dog teams to pull together, however, takes months of training. In the off-season, for instance, some mushers rope their teams to wheeled carts or four-wheeled all-terrain vehicles, and let the dogs pull the chariots along snowless dirt roads. The dogs are so strong and possess such an inherent drive to pull, that according to Runyan, even brakes have difficulty holding them back.

Dogs running the Iditarod have special abilities — and special requirements, like food. Along with their power comes a huge appetite. While a normal mutt might get by on 1,500 calories a day, sled dogs can easily consume up to 10,000 calories per day. And while they’re tough, huskies can have sensitive feet. To safeguard them, mushers tie on polar-fleece booties that keep paws warm and protected. In the Iditarod, a single musher will use about 2,000 booties. Each usually lasts several hours and up to 100 miles.

Once trained, sled dogs can remain in top form for years. It’s not unusual to see 10-year-old dogs in races. Top dogs are highly sought after by breeders to help sire champion lines. And the prospect of owning one is not to be taken lightly. “They take a lot of love and care,” Runyan points out.

Animal Childhood
The Funkiest Monkeys
OCEANS IN GLASS: BTS of the Monterey Bay Aquarium
Extraordinary Birds
Penguins of the Antarctic
Echo: An Elephant to Remember