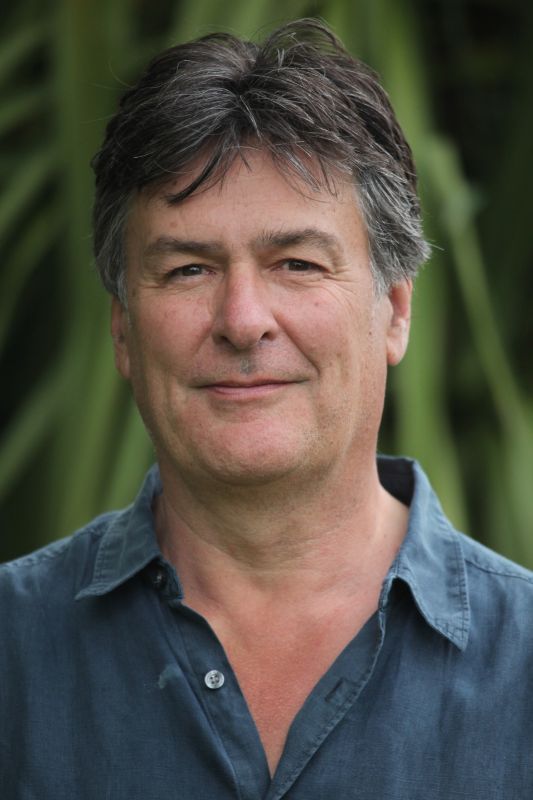 A passionate zoologist, John has been making ground breaking nature documentaries for the BBC for over 30 years. He made his name by abandoning the traditional style of nature documentaries and pioneering a highly inventive subjective approach. Using new technology and dramatic story-telling techniques he continues to find new ways to immerse the audience in the animal world.

His innovative approach to filmmaking has brought him numerous international awards including an Emmy for genre-changing series such as Supersense, Weird Nature, Earthflight and Penguins – Spy in the Huddle. His productions have won an RTS award five times for the most innovative TV program of the year. Two years ago he was given a Wildscreen Outstanding Achievement Award for his contribution to wildlife television. Never afraid to experiment, his first music video, for Peter Gabriel, even won a Grammy. His “Spy” films are one of the longest running and most successful wildlife series ever made. They began 16 years ago with a film about lions shot with a Bouldercam. This changed the way wildlife films were made and gave a perspective on animals that had never been seen before. The latest series ‘Spy in the Wild’, incorporating advanced animatronic Spy Creatures is the biggest and most innovative “Spy” series yet.

Philip’s wildlife film making career spans over 20 years. He started out at the BBC Natural History Unit before moving onto IMAX productions. He joined John Downer Productions to work on the highly innovative series ‘Supernatural’ and ‘Weird Nature’ and never left, going on to produce a number of hugely successful productions broadcast around the world including ‘Pets Wild at Heart’, ‘Penguins: Spy in the Huddle’, ‘Polar Bears: Spy on the Ice’, ‘Earthflight’, ‘Animal Olympics’ and ‘Pride’. His programs have collected numerous awards from, among others, the Royal Television Society, Green Screen, and Wildscreen and he collected an EMMY for Cinematography for “Winged Planet” as well as the Green Screen Award Philip is instrumental in developing and operating the specialist camera devices used on the ‘Spy’ films shooting main camera for some of JDP’s most memorable sequences. His work takes him to some of the world’s wildest and remotest locations in pursuit of extraordinary behavior in the natural world.

Matthew has been working in the wildlife film industry for nearly 15 years. Starting his career at John Downer Productions in the edit suite cutting sequences for BBC/Discovery programs like Tiger ¬ Spy in the Jungle and Swarm. He then moved into producing, working as one of the producers on the award winning ‘Spy’ series, including ‘Penguins ¬ Spy in the Huddle’, ‘Dolphins – Spy in the Pod’ and on the ground-breaking 6-part series ‘Earthflight/Winged Planet’ for the BBC and Discovery that explored the greatest wildlife spectacles on Earth revealed through the eyes of birds. For the series ‘Spy in the Wild’, he spent 3 years working across the world from filming orangutans in the jungles of Borneo to sea otters in Alaska. Matthew has a BSc degree in Biology and an MSc in Palaeobiology from the University of Bristol, UK. Before entering the film industry Matthew specialized in human evolution and primatology and worked in various environments from the rainforests of Madagascar to the deserts of Arizona. Some of these scientific projects included studying lemurs in the remote rainforests of Madagascar and white faced capuchin monkeys in Costa Rica.

Producer Rob Pilley is a Zoologist with over 25 years’ experience filming wildlife across the world, starting at the BBC’s world famous Natural History Unit and then on to John Downer Productions. He has a Degree in Zoology plus Master’s degree in Biodiversity. He specializes in techniques and devices that takes the viewer right into the heart of the animal’s world, bringing to the audience exciting science and unique, mind-blowing imagery. His pioneering work ranges from attaching cameras to venomous snakes and an array of bird species, flying alongside hunting eagles or passing through a flocks of migrating birds in a helicopter. His accolades include winning “BBC Best Factual Moment” for his Serpents Wildlife Special, Series Producer on ‘Dolphins – Spy in the Pod’, Producer and award winner for innovation for the two-part Swarm series, pioneered the onboard techniques for the ground-breaking and Emmy award-winning 6-part series ‘Earthflight/Winged Planet’ for the BBC and Discovery Channel. Rob likes to really push boundaries and take the camera and story to places never seen before.

The White Lions
The Story of Cats | Into the Americas
Salmon: Running the Gauntlet
Underdogs
The White Elephants of Thailand with Meg Ryan
Wild France