PBS Nature’s The White Lions was filmed in Greater Kruger National Park—primarily in the Timbavati Game Reserve located on the western edge of Kruger National Park. Kruger is one of the largest game reserves in Africa, located in north-east South Africa, and spans 7,523 square miles (19,485 square kilometers). The park was first designated as the Sabie Game Reserve in 1898 by president of the then-Transvaal Republic, Paul Kruger—for whom the park was later renamed. Today Kruger is home to hundreds of species, including South Africa’s “Big Five”: buffalo, elephant, leopard, lion, and rhinoceros. Although the term was initially coined by hunters to describe the five most difficult prey to kill in Africa, the term is still used by the tourism industry. 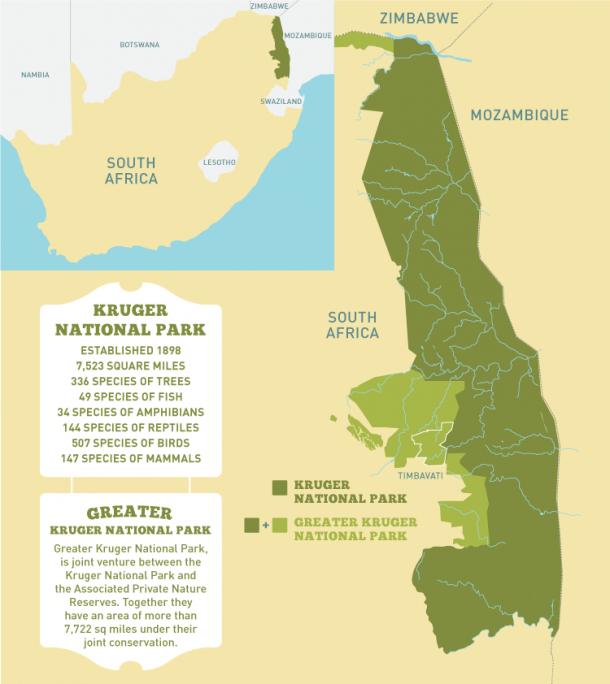