There are not many people in the world who know more about snakes and snake venom than Bill Haast does. Haast has spent more than 50 years working with snakes. 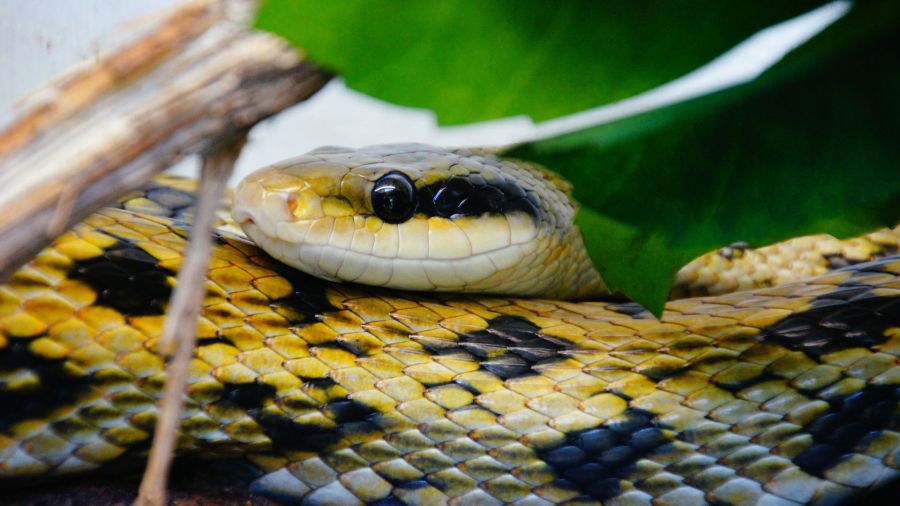 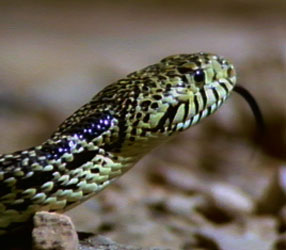 There are not many people in the world who know more about snakes and snake venom than Bill Haast does. After all, Haast, director of the Miami Serpentarium, has been bitten by venomous snakes more than 160 times — and lived to tell the tale. But, as he points out, those bites occurred over the course of many years and more than 3 million handlings of snakes. When you spend your days around as many as 20,000 snakes, as Haast does, you’re bound to end up on the wrong side of a fang every now and then.

Haast, featured in the NATURE program Victims of Venom, has spent more than 50 years working with venomous snakes. Like many people, he became fascinated with snakes as a child. Unlike most, however, his fascination continued into adulthood, and, in his travels around the world as an airline flight engineer, he was able to pick up and bring home many snakes.

At the Serpentarium, Haast “milks” his snakes by forcing the reptiles to release their venom into a beaker. Then he sells the poisonous liquid both to medical researchers and to the pharmaceutical companies that make antivenin, the antidote for snake bites. To produce antivenin, scientists inject horses with small, non-lethal doses of venom. Over time, the horses naturally build up antibodies specifically designed to neutralize the injected venom. Eventually, samples of the horse’s blood are collected, and the antibodies within are extracted and processed into commercial formulations of antivenin. Some antivenins will work against venom from several species of snake; others are specific to a single type.

Haast might consider his snakebites to be all in a day’s work, but most people are a bit more traumatized by such an event. Venomous snakes can be found in nearly every state in the nation, and about 8,000 people suffer bites every year. While a snakebite can certainly be a scary event, not all are life-threatening. Different species of snakes carry different types of venom, with varying degrees of toxicity, and larger, older snakes typically pack more wallop into a bite than their smaller brethren.

However, young snakes, born primed with venom, tend to be less discriminating and more aggressive than adults. Nine to 15 people do die of snake bites every year, so experts at the American Red Cross advise treating every snake bite as a medical emergency: bite victims should wash the bite with soap and water, immobilize the bitten area and keep it lower than the heart, and get medical help. 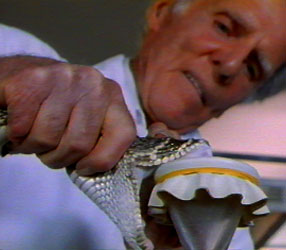 One of Haast’s scariest bites occurred in 1990, when he was bitten by a very dangerous species, the soft-scaled viper, while harvesting its venom. “Their venom completely prevents the clotting of blood,” says Haast. “It’s even worse than the disease hemophilia. But there is very little pain to make you think anything’s wrong. Some people who have been bitten by this species are released from the hospital, thinking they are fine, then they go home and die of internal bleeding a week later.”

When, the next day, Haast noticed his own bite was still bleeding, he began seeking the best possible treatment. A fellow snake expert, Dr. Sherman Minton, told him he needed a rare type of antivenin that was available only in Iran. “As you can imagine, that wasn’t easy to do,” says Haast. He spent nine days in a hospital, being very careful not to bump against anything lest he start bleeding, waiting for the crucial antivenin to arrive. A courier finally managed to smuggle it out of Iran and deliver it to Florida just in time.

The soft-scaled viper carries a type of venom known as hemotoxin, a venom that attacks the circulatory system and causes blood to clot severely or else to stop clotting entirely, either of which can be fatal. Other venoms, such as those of the deadly Asian cobras and kraits, are neurotoxins, which affect the nervous system, causing paralysis and sometimes respiratory arrest. Myotoxins, found mostly in Australian sea snakes, affect the muscles.

Whatever the mechanism, the purpose of the venom is usually to immobilize the victim and start the process of digestion, much as human saliva does. In general, neurotoxins act more rapidly than hemotoxins and may be more serious.