BOB ABERNETHY: And now, our cover story: the heartbreak of the parents of premature babies who are born with severe disabilities. With modern neonatal technology and under federal law, doctors can -- and, they say, must -- keep alive tiny preemies, even if the babies' parents want to let them die. But often those babies survive to grow up significantly damaged and in pain. Should they be kept alive? Who should decide? Mary Alice Williams reports.

MARY ALICE WILLIAMS: Sidney Miller just turned nine. She has the mental capacity of a six-month-old. She will never walk, talk, sit up, or see beyond a few feet. She has cerebral palsy, seizures, severe mental retardation. She's had 14 surgeries and constant pain. She could live to be 80 years old.

WILLIAMS: There are 53,000 profoundly premature infants born each year in the U.S. Many of those now clinging to life in neonatal intensive care units may be condemned to the life Sidney has. They are at the heart of one of the most intractable ethical dilemmas of our time. Is medical science's ability to save them miraculous or arrogantly misguided? 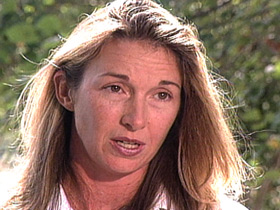 Ms. MILLER: If you ever have a sick child, your world all of a sudden focuses on that -- the desire to have a healthy child, you know, one that can play. Even just -- even if I could have a glimpse of it, just one day, because I think that's what she wants.

WILLIAMS: Karla Miller and her husband Mark have suffered sadness. At only 22 weeks, only a little more than halfway through a normal pregnancy, Karla gave birth to Sidney.

Babies born at 22 or 23 weeks at weights of one pound or less can sometimes be saved, but their condition can be devastating: up to 80 percent suffering from mild to severe disabilities.

Sidney was just over a pound at birth; she was blue, the size of a Beanie Baby. Knowing Sidney's prognosis, Karla and her husband told doctors not to resuscitate the baby. The hospital stuck by its policy: Any infant weighing more than one pound would be resuscitated regardless of the parents' decision.

Ms. MILLER: We told them, "Please don't do that, because you just told us that she would have -- suffer brain hemorrhages, chronic lung disease, blindness, mental -- all these things. If you put that breathing tube down here and breathe for her -- don't do that to her. Please don't."

Ms. MILLER: They abused her. They put her through excruciating pain. She lived her first weeks of life on morphine. Morphine! You ask them today if they know the condition of Sidney Miller; they don't. When they're done, they hand you your child and they're done. They don't have to live our life.

WILLIAMS: Robyn Shapiro, director of the Center for the Study of Bioethics at the Wisconsin College of Medicine, says doctors have a moral responsibility to exercise their judgment. 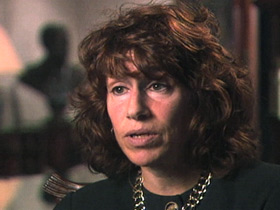 Ms. ROBYN SHAPIRO (Director, Center for the Study of Bioethics, Wisconsin College of Medicine): If they have information that leads them to believe that there's a possibility of life for more than an insignificant period, and life that's not going to be terribly burdensome even with the treatment, they have an obligation to go forward.

WILLIAMS: But that decision must be made in the heat of a crisis delivery and in that moment, neither parents nor doctors can know how the infant will ultimately fare.

Dr. Sheldon Korones is a neonatologist at the University of Tennessee.

Dr. SHELDON KORONES (University of Tennessee): What do I do, let them die? That's not why I decided to put my life into this. I will pick who will live and who -- I'll break my back to see to it, but I'm not going to pick who will die.

WILLIAMS: When there's a conflict with the parents and the doctors, who should decide? A Texas jury ruled in favor of the parents. They awarded the Millers $42 million because the hospital had defied the parents' wishes.

Dr. KORONES: Should they have a decision-making capacity? Yes. That has got to be limited. I and they are dealing with a life that they, after all, conceived. This itself, to me, implies a responsibility.

WILLIAMS: And does a child have a legal right to life regardless of the parents' wishes? When Nancy Montovo went into premature labor at 24 weeks, the infant's father, Brian Beulah, says they were informed of nothing.

WILLIAMS: At two weeks older and a few ounces bigger than Sidney, Emmanuel Beulah endured much of what Sidney had to bear, but to a far lesser degree. 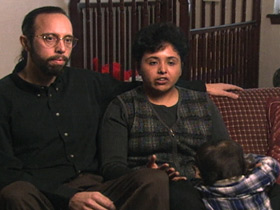 Mr. BEULAH: We know that he will be learning disabled. He has cerebral palsy.

Ms. NANCY MONTOVO: Everybody wishes for the picket -- the white picket fence, the all-American dream, perfect family and so forth. And it's kind of hard when you're working with a disabled child. It takes a lot.

WILLIAMS: Emmanuel, at nearly three, is just learning to walk and talk with a joy and confidence that is infectious. His lungs need to be dilated three times a day. He is fed through a gastric tube, and he is developmentally delayed.

Mr. BEULAH: The neonatologist didn't inform us. The obstetrician did not inform us. Experimental procedures are to blame, we feel.

Dr. KORONES: We do things to promote survival that have not yet been scientifically proved. That's not experimentation. That's resorting to things that you think might work so that you can come out on top of this awful situation.

Mr. BEULAH: Back when God played God, children like Emmanuel would have passed away quietly, mercifully, and quickly. 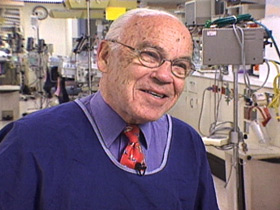 Dr. KORONES: In comes technology that has preserved lives that would not have been, and these lives are incapacitated. Well, what do we do, turn it all off?

WILLIAMS: Once an infant's life is jump-started with technology, can you withdraw the life support?

Dr. STEVEN LEUTHNER (Neonatologist) Yes. I think you can. It probably takes less justification ethically and morally to stop, because we've now shown things aren't working as opposed to not start when we don't know if things would have worked or not.

Dr. ALBERT PIZZICA (Neonatologist): It's fraught with some problems, emotional problems, moral problems, to take away what you've started.

WILLIAMS: And legal problems. Could parents and doctors be charged with child abuse or even murder by withholding treatment? The laws are already on the books.

After an Indiana couple refused treatment for their Down's syndrome baby in 1982, President Ronald Reagan engineered the Baby Doe Amendment, mandating that every hospital aggressively treat every baby regardless of potential future disabilities or even the parents' wishes. And so everyone involved in such a delicate and private decision came under the federal government's Child Abuse and Protection Act. 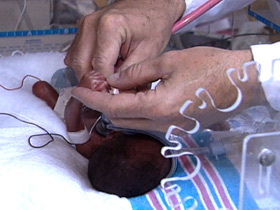 Once Brian Beulah began questioning every medical procedure to save Emmanuel's life, Child Protective Services staff appeared at their front door accusing them of neglect, and the baby wasn't even home yet.

Knowing what you know now about this boy, would you have made the decision to aggressively treat him?

WILLIAMS: Brittany was born at the same age and weight as Emmanuel.

Ms. KIM HUGHES (Mother): I love my daughter regardless of what happens. You know, I've prayed and I've asked God to just give me the strength to accept whatever his will is.

WILLIAMS: The medical expenses of treating profound preemies like Brittany, who's been in the hospital for five months, are astronomical. Emmanuel and Sidney both blew through $1 million before they were released from intensive care. Much of the cost is borne by hospitals, insurance companies, or the government in the form of Medicaid, but the remaining cost of continuing care can impoverish a family for a lifetime. We like to say that cost should never be a factor concerning human life, but Dr. Albert Pizzica says it is now. 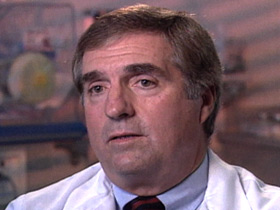 Dr. PIZZICA: To wait until we're certain that nothing else will work is a costly approach. And in the '90s, cost comes into this. And that sort of makes the ethical and moral problems a little more difficult to deal with.

Dr. KORONES: If your flesh costs too much, we will sacrifice your flesh.

WILLIAMS: Some neonatologists fear we're going down a slippery slope. If profound prematurity is an unacceptable imperfection, what about a missing limb or a low IQ? Where does it end?

Dr. PIZZICA: Again, I just believe that inherently that we will do the right thing. We're just in a time right now where we don't know what the right thing is yet.

WILLIAMS: Some religious groups believe all human life is sacred and must be preserved. But others do not agree that we should preserve life just because we can.

What do you resent?

Ms. MILLER: I resent a hospital corporation giving me a life sentence without parole, taking a decision that my husband and I made -- a gut-wrenching decision, to spare a child a life of pain and suffering. I regret that more than anything, other than the fact that she has to live it. She physically lives it. I have to -- almost helplessly -- I have to watch her.

With modern neonatal technology and under federal law, doctors can keep alive tiny premature babies, even if the babies’ parents want to let them die. But often those babies survive to grow up significantly damaged and in pain. Should they be kept alive? Who should decide?