BOB ABERNETHY: Sometime this month, scientists say they will announce that they have mapped almost all the human genome, the inherited instructions that tell our bodies what to do. The promise of the new knowledge is so vast, some researchers speak of a revolution in biomedicine, even disease-free long life. Meanwhile, scientists and ethicists worry about the moral questions the new technology could raise. In today’s special report, we look at both the medical promise and the ethical issues of the human genome project.

It’s been called the largest and most important project ever in basic scientific research, a 10-year-old international effort to find and map the body’s three billion bits of inherited genetic instructions, the human genome.

The project has produced enormous hope for preventing and curing disease. Some say the human life span could be doubled. At the same time, there’s intense moral concern about the possible effects. Who should get the new treatments, and could the whole human species be changed?

Perhaps no one is more optimistic about the promise of genetic medicine than Dr. Francis Collins, the head of the government-supported Human Genome Project at the National Institutes of Health. 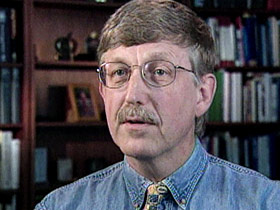 Dr. FRANCIS COLLINS (NIH Human Genome Project): I think in another 20, 25 years, we should be able to prevent or cure most cases of cancer, of diabetes, of heart disease, of multiple sclerosis, of asthma.

ABERNETHY: But diseases are caused by the environment and our own behavior, as well as by heredity, so other observers are much more cautious.

Mr. DANIEL CALLAHAN (The Hastings Center): The claim has been made and repeated very often that this is going to provide the great key for understanding disease and, thus, they open the way to the cure of disease. So it’s a very elaborate, bloated claim, even. I don’t know that this will actually happen.

ABERNETHY: There is no argument about the magnitude of the knowledge already acquired. Inside nearly all the body’s 100 trillion cells are long, twisted molecules of DNA called the human genome. The genome consists of different pairs of chemicals adding up to three billion bits of genetic information. What researchers have accomplished is to take apart the DNA and identify and put into sequence the segments of it that are called genes. Each cell contains all the tens of thousands of genes that give the directions for how the whole body develops and works. At the Whitehead Institute at MIT, director Eric Lander says this genome mapping is great, but just the beginning. 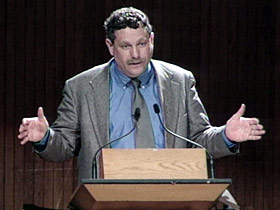 Mr. ERIC LANDER (Whitehead Institute for Genome Research): It’s like having the parts list to a Boeing 747. You have the parts, but you don’t know how to put them together to make an aircraft and you certainly don’t know why from that an aircraft flies. The task of understanding the function of all of the genes in the body will probably occupy the next century.

ABERNETHY: But even now, even before scientists know exactly how each gene works, they know enough to say which defective genes invite what problems. For instance, in this gene sequence, one missing letter signals a genetic defect that could cause colon cancer.

Unidentified Man: This is the band of interest right there.

ABERNETHY: Specific genes have been associated with cancer, diabetes, heart disease, Parkinson’s disease—in all, nearly 4,000 diseases. And here the ethical issues begin. It’s now possible to analyze the DNA from just one of your cells and create a genetic profile showing the diseases for which you might be at risk—a kind of future diary. Many patients might want to know these risks if there were cures for the diseases, but what if there are not? 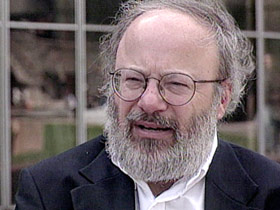 Mr. RONALD COLE-PORTER (Pittsburgh Theological Seminary): If we know what the genes tell us about our future, will we be the same people? Will we be spontaneous and will we be free?

ABERNETHY: But assume you do have a genetic profile. Who should see it?

Your employer? Your insurance company, the government, a reporter?

Dr. COLLINS: This is a matter of some urgency. People who are in a position of finding out that they’re at risk for some illness, whether it’s breast cancer or heart disease, are afraid to get that information, even though it might be useful to them, because of fears that they’ll lose their health insurance or their job. 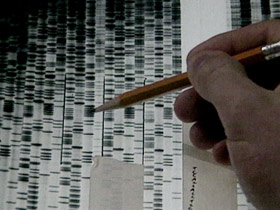 ABERNETHY: After genetic profiling, the next job is to discover how each gene functions or misfunctions and create treatments to prevent genetic-related disease. After that, many scientists predict cures for existing gene-related illness. The billions of dollars to be made from genetic medicine have brought private companies rushing into the field to do their own gene mapping and apply for patents on both their findings and the government’s, which are available to everyone free on the Internet every day. Critics say no one should own life processes. Investors say patents give them protection that’s necessary to pay for developing expensive new cures. Whoever develops the treatments, the possibility of wiping out scores of fatal diseases has raised the question: How long should we live? If preventing and curing genetic diseases could double our life span, would we really want to be 150? What might a centenarian say?

Mr. CALLAHAN: “I don’t want to be 150. That was a big mistake. I should never have taken that drug. I’m 125 and I’ve had it. Enough’s enough.” Well, what are you going to do? Suicide, kill them off. You’d have a lot of you would have some real problems there.

ABERNETHY: Another issue: many scientists think it may become possible not only to prevent and cure disease but to enhance our children genetically, creating smarter or taller designer babies.

Dr. LEE SILVER (Bioethicist, Princeton University): What we have here in the future is individual parents who are trying to improve their children. They don’t care about society as a whole. And what they will say to people who want to stop them is, “Why can’t I give my child an advantage? What is wrong with me making my child happier and more likely to succeed?” 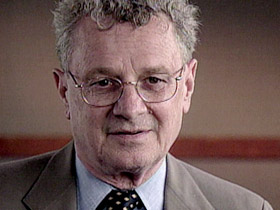 Mr. CALLAHAN: And the fact that some parents might like to have children that are a little taller so they’ll compete socially better, well, that’s very interesting, but are people happy because they’re taller rather than shorter?

ABERNETHY: No possibility in genetic engineering is more widely opposed than changing the human germ line. Replacing genes to cure specific diseases affects only that patient. But changing genes in a man’s sperm or a woman’s egg would be passed on to all that couple’s descendents, with unknown consequences.

Mr. LANDER: If the human being ever becomes a product of manufacture, we’re never going to be the same again. And so I can’t imagine us wanting to cross that threshold.

Dr. COLLINS: I think we should have an absolutely strict moratorium on any manipulations of the human germ line for the present time because we don’t know how to do that safely.

ABERNETHY: Theologians and ethicists and Christianity, Judaism, and Islam strongly support using the new knowledge to heal, but they also ask fundamental questions about whether genetic manipulation will serve justice and the common good. 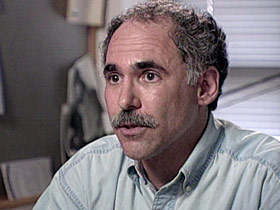 Mr. LANDER: I think it’s a deep ethical issue to question if we can cure people and we haven’t managed to find a way to distribute that to those who need it, then why aren’t we doing that?

ABERNETHY: Moreover, if only some people can afford to become healthier or stronger, might they see the disabled and others with medical problems as second-class citizens? Jews especially remember how Nazi Germany used genetic science as an excuse for the Holocaust. They insist the Human Genome Project not lead to genetic discrimination.

Ms. LAURIE ZOLOTH (Jewish Bioethicist, SF State University): There’s always what’s called—known as the shadow of the Holocaust, the shadow of Hashoah, in which the best scientists, the most advanced society, German medical science itself, using genetics, created the horror of the 20th century and did it in the name of eugenics.

ABERNETHY: Meanwhile, how does the Human Genome Project affect our definition of being human?

Mr. ANNAS: I think it has the potential to be, again, very reductionist, to take ourselves down there at that level, at the level of molecules and chemicals, rather than at the level we live. We don’t live like that. 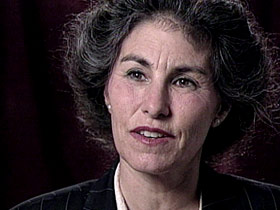 ABERNETHY: Still, if scientists discover that genes determine more and more about us, doesn’t that undermine free will?

Ms. ZOLOTH: I don’t think that’s true. I think that eventually, it’ll be like, does having an EKG, you know, tell you about who you’re going to fall in love with? No, of course not. It’s how your heart works.

Dr. COLLINS: So much of what we’ve learned about human behavior tells us that it’s a lot more than your genes that influence what kind of personality you have. And let me quickly say, certainly as a person of faith, that free will is not going to go out of fashion just because we have the parts list in front of us.

ABERNETHY: Finally, is it morally dangerous to interfere with creation—as some critics put it, to play God?

Mr. ABDULAZIZ SACHEDINA (Islamic Bioethicist, University of Virginia): God’s plan is to provide cure for any disease that God has created. And human beings have an obligation to discover all the possible ways of alleviating human suffering.

Ms. ZOLOTH: That notion that one is a co-creator, that one has work to do in the world and the work is work of healing, is laced throughout the text and gives the strongest possible mandate for research science, basic science, and science that has the potential to save human life or to relieve suffering.

Dr. COLLINS: If they knew there was an epilepsy gene right there…

ABERNETHY: While ethicists debate what should and should not be done, the scientists actually doing the genetic mapping speak of their awe about what they’re finding.

Dr. COLLINS: For me, as a person who believes in a personal God, the opportunity to uncover something about us that nobody knew before but God knew is really a moment not to be missed. It expands the experience of discovery.

It’s an opportunity both for scientific exhilaration and actually for worship.

ABERNETHY: All those with whom we talked thought the work should proceed but with great care. They all agreed on the need for new laws to protect genetic privacy. They all opposed altering the germ line, and they also urged strongly, many times, that the religious communities, theologians, and ethicists, should play a much more vigorous role in the international moral debate they say the Human Genome Project demands.