BOB ABERNETHY, host: And now the second of our two reports from correspondent Stephen Dubner on religious conversion. Last week, the story of a convert to Judaism; this week Lauren Winner, the child of a mixed marriage, a woman raised as a non-observant Jew who then became an Orthodox Jew, and then converted to Christianity.

Professor LEWIS R. RAMBO (Author, Understanding Religious Conversion): Some people have one and only one conversion in their lifetime. But I would say in the last 15 years or so, it’s not uncommon to meet people who had a series of conversions. I see these people as very serious questers and that they go through these, because they’re wanting to find the religious path that is best for them or, in theological terms, path that is true. 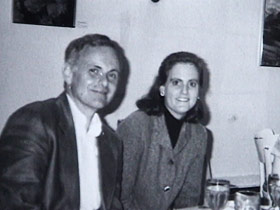 Ms. LAUREN WINNER: Well, my parents were the first intermarriage in either of their families. My mother was from a pretty devout Southern Baptist family, although she herself moved away from that by college. And my father grew up in a sort of classically reform household in terms of, like, no yarmulke allowed in their synagogue, etc. They both grew up in Asheville, North Carolina. First date, I think, was junior prom. Then when I was 11 or 12, which was after my parents divorced, I began to be more involved in Judaism, just of my own impetus. Ever since I was a small child, I really believed in God, really had some unshakeable God thing.

I did formally convert to Judaism, having an Orthodox Jewish conversion, since, under Orthodox law, you’re not Jewish if your mother’s not Jewish.

STEPHEN DUBNER: And describe briefly a day in the life, a week in the life of you as an observant Jew.

Ms. WINNER: I would get up and I wouldn’t always make it to the 7 AM morning prayer service, but if I didn’t make it to that service, I would pray at home. I had a — for a couple of years, a morning study partner. We would get up and do our Jewish text study in the morning, and, you know, then I lived a life.

DUBNER: Tell me about your first inklings, leanings, thoughts about Jesus and/or Christianity.

Ms. WINNER: Well, I had always been intellectually interested in Christianity. In high school, even as I was moving personally towards Orthodox observance, I read some Christian theology and read history, just because I was interested in religion. I became really interested in the doctrine of the incarnation, and I just thought it was really smart that someone had invented this idea of God actually becoming a person so that we could relate to him better. I just thought that was really savvy. 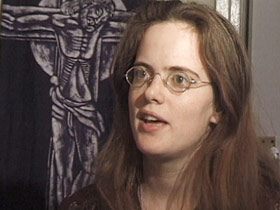 Ms. WINNER: Well, my sophomore year of college, I had a dream. In the dream, my friend Michelle, who was one of the women that I studied the Talmud with every week — Michelle, I and a bunch of other women whom I didn’t know in the dream or in real life were kidnapped by a group of mermaids. And then there was this one totally beautiful Daniel Day-Lewis-esque, you know, 30-year-old gorgeous man, and I knew that he had come to rescue me. And that was it. I woke up certain, as certain as I had been before or since of anything, that this dream was about Jesus, that Jesus was this Daniel Day-Lewis guy.

I went to talk to a Columbia chaplain, Presbyterian minister. And I said, “I’m really thinking a lot about Jesus. I feel that I’m being called in some way to move towards that. I don’t really know what to do.” And his response was, “When you converted to Orthodox Judaism, you entered a marriage you can’t get divorced from. So you’re kind of stuck.”

DUBNER: Were you surprised by that response?

Ms. WINNER: Yeah, I felt like I’d been punched in the stomach.

DUBNER: What’d you do with that frustration?

Ms. WINNER: That was really sort of the moment when I began to understand that this was something I really have a personal stake in and I really had to do this. I had to do this with my life. 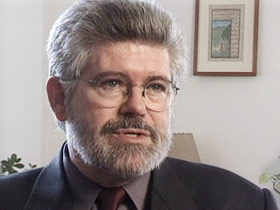 DUBNER: When a person spends so much of her young life searching for God, it raises this question: For a true seeker, how do you know when to stop?

(to Winner) In the first quarter of your life, you’ve gone from being born to a Jewish father and a Baptist mother and being raised as a nominal Jew and becoming an Orthodox Jew on your own, and then converting to Orthodox Christianity. Do you have any sense — ? 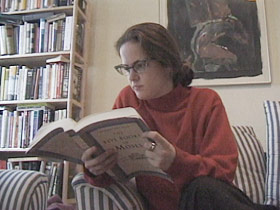 Prof. RAMBO: Taking on religion can be a way of burning bridges and establishing a sense of independence and distance. But motivations change, just as someone might fall in love with someone merely because they were good looking and there was a great sexual attraction, but then later on, if the marriage or the relationship lasts, it’s because they’ve come to know the person, trust the person, love in a way that’s not just sexual and for the moment so that romantic passion gets transformed into something that is much more lasting. And I see that happening a lot in conversion.

Ms. WINNER: The primary thing that Christianity has given to me is a sense of a personal relationship with God, a sense of God’s presence and involvement in my day-to-day life in a way that Jews might certainly theoretically affirm and many Jews might experience that. That is not something that I really lived as an Orthodox Jew. So that, to me, is the key. It’s hard to separate all this from the fact that I really do believe in Jesus. I really think that it’s true, and I’m amazed and grateful that I know that.

Books and articles by Stephen Dubner: