BOB ABERNETHEY: When may a lawyer reveal what a client tells him in confidence? The American Bar Association recently made the rule less restrictive. It permits — but does not require — lawyers to disclose confidences to prevent, quote, “reasonably certain death or substantial bodily harm.” It remains a gray area, and attorneys who obey the confidentiality rule sometimes do so at the expense of innocent people. Lucky Severson reports

LUCKY SEVERSON: Henry Drake has a lot to think about. He’s lost his family and 12 years of his life sitting on Georgia’s death row. 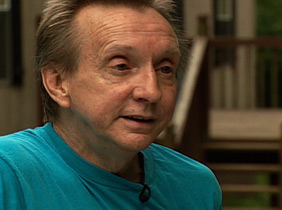 (to Drake): When you were on death row, you are there to be killed?

SEVERSON: Do you think about that every day?

SEVERSON: What do you think?

MR. DRAKE: All day long, when the door opens, you’re going to die, that’s it.

SEVERSON: But Henry Drake was innocent, a victim, ultimately, of what the legal profession calls “legal ethics.” Twelve years on death row, even though the attorney for the man who accused him knew Henry was not guilty. The attorney was simply obeying the confidentiality rule within the code of legal ethics.

An expert on the subject, New York University Law School Vice Dean Stephen Gillers. He says if a client knows his confidentiality is protected, he’ll be more inclined to tell everything, and his attorney can do a better job.

DEAN STEPHEN GILLERS (New York University Law School): The confidentiality rule really says to the client, look, I am here to serve you and I am going to protect your secrets, you can tell me whatever you want. 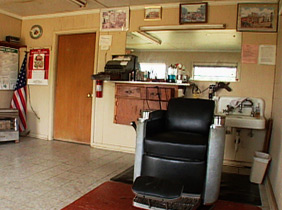 SEVERSON: The crime Henry Drake was accused of committing occurred at this tiny Colbert, Georgia barbershop in December 1975. Here’s what we know: William “Pops” Campbell dropped by for a haircut, claimed he got a bad one, and then beat the 76-year-old barber, Mr. Eberhart, to death with a claw hammer. Campbell walked away with $400 in cash. When he was caught, he told police it was his friend Henry Drake who committed the murder. Both men were charged with the murder, and both convicted.

MR. PAT BEALL (Public Defender): My response at the time was that I had a client who was in a pickle, … “Pops” Campbell. Henry Drake was never my client.

SEVERSON: William “Pops” Campbell and Henry Drake ended up here, in what is called, oddly enough, “The Diagnostic and Classification Prison,” which also houses Georgia’s death row. Inside, Campbell told Drake he had signed an affidavit at the suggestion of a visiting church minister admitting that he had lied.

SEVERSON: (with Drake, reading from Campbell’s affidavit): “I was the one who killed Mr. Eberhart. Henry wasn’t even there. He didn’t have anything to do with it.”

Attorney Pat Beall knew Henry Drake was innocent, but felt obligated to keep it secret while he pursued an appeal to get his client, William Campbell’s, sentence reduced.

MR. BEALL: I told Campbell, if you want to stay off death row, his best bet would be to be quiet about that issue.

SEVERSON (to Beall): It seems inconceivable that you could get a guilty man off and let an innocent man pay for it with his life.

MR. BEALL: I had my job. My job was to be “Pops” Campbell’s attorney, to do the best that I could do for “Pops.”

SEVERSON: Beall says he consulted his minister and the state bar about his dilemma. His minister was neutral.

MR. BEALL: The state bar said essentially that my highest duty was to my client.

SEVERSON: Did you sleep better after that? 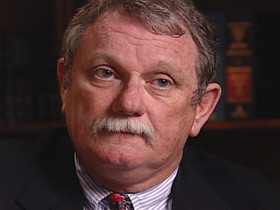 MARY WILKES (Lawyer): Pat is a very decent person and a very fine attorney and clearly his interest was doing what he thought was the right thing to do. At the same time, I felt somewhat frustrated that in my mind, you’ve got an innocent man, you can’t stand in the way of him getting a new trial, and how can you not even think about releasing this information?

SEVERSON: For the average American who might be befuddled or outraged at the ethics of this case, consider this: what Pat Beall did was required by state court rules in nearly every American jurisdiction.

DEAN GILLERS: Today, the lawyer whose client has confessed to a murder for which an innocent person is on death row could not reveal that fact to the authorities.

SEVERSON: It wasn’t until William Campbell died, permanently ending his appeals process — it wasn’t until then that Pat Beall felt he had fulfilled his attorney-client obligation and was willing to testify on Henry Drake’s behalf — to get him out of here finally.

MR. BEALL: I felt no qualms after Campbell passed away to go to trial and testify on Henry Drake’s behalf as his witness.

SEVERSON: Did you feel good about it?

SEVERSON: The American Bar Association offers video seminars of actors portraying attorneys dealing with ethical situations, but the public gets its impressions about lawyering from prime-time TV.

Footage from ABC program THE PRACTICE: He’s going to kill again. That’s not something to mention in your closing. Not even something we should think about. 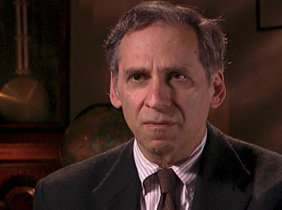 SEVERSON: TV may do a good job dramatizing ethical dilemmas but usually doesn’t explain that the lawyers are simply obeying the rules. For instance, the confidentiality rule prohibits defense attorneys from revealing facts about a past crime. And the rule in most states makes it very difficult for an attorney to disclose confidential information except in the most extreme cases, such as when criminal violence is imminent.

DEAN GILLERS: What the rule really addresses and only addresses is the client who walks into a lawyer’s office carrying a gun and says, “I’m fed up with that S.O.B., I’m going to go and kill him,” and storms out of the lawyer’s office.

SEVERSON: No wonder, according to a recent Gallup poll, the public rates lawyers high, among the top professions, for prestige, but nearer the bottom for honesty and ethics.

DEAN GILLERS: People might love to hate lawyers, but when it comes to their own particular problem, they want their lawyer to be a junkyard dog, to be a real S.O.B. and to get for them every cent the lawyer can, whether or not it’s fair and just.

SEVERSON: It’s not only the public who view lawyers negatively. Lawyers themselves, particularly new ones, wrestle with the demands of their profession and their own sense of what’s right.

PROFESSOR WILLIAM ELWARD (Loyola University Law School — to students): Is there room for having a conscience in the practice of law? Do you think there’s room for this? 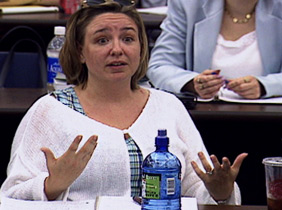 KIM (Student): It really bothers me that people think that if you’re going to practice law you can’t have ethics, and I have very strong ethics. And I could not work for a nursing home as an attorney, if I knew they were doing bad things.

PROFESSOR ELWARD: But … you have a summer home, you got a Lexus, you have a husband, you have direct TV.

DEAN GILLERS: Just think about that: a dangerous product can seriously injure thousands of people, can kill dozens or hundreds of people, but a lawyer today will not be allowed to reveal, in a great majority of states, the prospect of the injury.

SEVERSON: One of the more notable cases occurred here in Chicago when a corporate attorney blew the whistle on a potentially dangerous company product and was fired for it.

When Roger Balla, here with his attorney Alan Amos, heard that his employer, Gambro Incorporated, intended to sell substandard filters for kidney dialysis machines, he advised against it. And then Balla heard the company was going ahead with the sale anyway. Although Gambro never admitted guilt, according to the court opinion, the substandard dialyzers could be dangerous.

MR. ALAN AMOS: Again, this was from the opinion, “We will sell them to a unit that is not currently our customer, but who buys only on price.”

SEVERSON (to Amos): So price would be the determining factor, the health of the patient would not be?

MR. AMOS: It seems that way, doesn’t it.

SEVERSON: When Balla heard Gambro was proceeding with the sale he protested again and was fired, told it was an employee cutback.

The next day he reported [this to] the Food and Drug Administration, which immediately seized the filters and stopped the sale. He later sued Gambro, charging that he was fired for blowing the whistle.

But Roger Balla lost the case. The court ruled that he didn’t deserve compensation for being fired, because he was simply doing his duty. Illinois is one of the few states that requires attorneys to report potentially life-threatening wrongdoings to the authorities.

DEAN GILLERS: It’s a very sad case, and very bad law, and thankfully it’s been rejected in a number of other American jurisdictions. 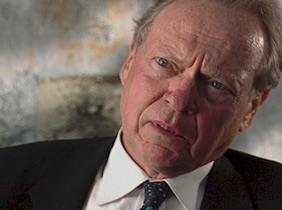 MR. AMOS: Why let the business prosper because it’s doing something illegal? And yet the lawyer who goes out on the limb and risks his professional career in order to adhere to a legal ethic, and reports that, is given no benefit whatsoever, and the corporation is immune from any lawsuit. That to me is wrong.

SEVERSON: Every attorney we have spoken with concedes [that] the confidentiality is not perfect, but defends it as a fundamental reason the American justice system works.

As for Henry Drake, he’s not so sure about legal ethics.

(to Drake): Do you hate William Campbell?

SEVERSON: What about the lawyer? Mr. Beall?

SEVERSON: It will be of little comfort to Henry Drake that the American Bar Association is considering adding some exceptions to the confidentiality rule. But most observers don’t expect any significant changes. For RELIGION & ETHICS NEWSWEEKLY, I’m Lucky Severson near Colbert, Georgia.

BOB ABERNETHY: Most states have laws that are less restrictive than the ABA rule, when it comes to disclosing confidential information between attorney and client.