TIM O’BRIEN, correspondent: The challenge is from the Conestoga Furniture Company in East Earl, Pennsylvania and by Hobby Lobby, a national chain of craft stores with some 28,000 employees. Both companies are run by devoutly religious families who say requiring them to include certain contraceptives in their health insurance violates their religious convictions. The Obama-care “contraception mandate” requires companies to provide coverage for 20 government-approved methods of contraception. The plaintiffs object to only four of them, those they say work like abortifacients, such as the morning after pill:

STEVE GREEN (President, Hobby Lobby, Inc.): This is an issue of life. We cannot be a part of taking life. And so to be in a situation where our government is telling us that we have to be is incredible. 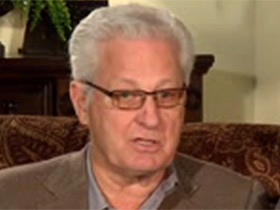 DAVID GREEN (CEO, Hobby Lobby, Inc.): People are saying that we’re taking some rights from somebody. And there’s no way we’re taking anybody’s rights away. It’s our rights that are being infringed upon to require us to do something that’s against our conscience.

O’BRIEN: In deciding these cases, the Supreme Court will not be writing on a blank slate. Rather, it will be drawing on two of its most controversial decisions in recent memory. In 1990, the Court ruled Native American Indians could be punished for ingesting the hallucinogenic drug peyote, even though it was part of their religious rituals. More important, the Court held that laws that apply equally to everyone do not have to make exceptions for religion.

The ruling set off an uproar, prompting Congress to pass the Religious Freedom Restoration Act. President Clinton signed the measure into law in a lavish Rose Garden ceremony after it passed the House unanimously and sailed through the Senate, 97-to-3.

That law is at the heart of this week’s Supreme Court cases. It states that the federal government “shall not substantially burden a person’s exercise of religion” unless it is “the least restrictive means of furthering a compelling government interest.”

A major question is whether these for-profit corporations should be considered “persons” under the law. Remember the flap the Justices took a few years back when they held corporations have the same First Amendment rights as individuals to contribute to political campaigns? 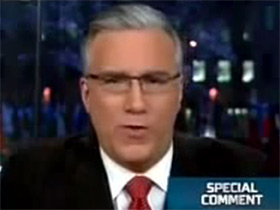 KEITH OLBERMAN (from MSNBC’s “Countdown”): This is a Supreme Court sanctioned murder of what little actual democracy is left in this democracy. It is government of the people, by the corporations, for the corporations.

PRESIDENT BARACK OBAMA (2010 State of the Union Address): With all due deference to separation of powers…..

O’BRIEN: The president himself rebuked the Court in his State of the Union message:

PRESIDENT OBAMA: …will open the floodgates to special interests, including foreign corporations….

O’BRIEN: To argue the case that a profit-making corporation is a “person” under the law, entitled to religious freedom, Hobby Lobby tapped Paul Clement, an experienced Supreme Court advocate who, as solicitor general in the Bush administration, argued some of the government’s most weighty cases:

PAUL CLEMENT (Attorney for Hobby Lobby): You know, it may at first blush seem like there’s something odd about a corporation exercising religion, but a lot of people are familiar with something like Chick-fil A, and if you try to get a Chick-fil A sandwich on a Sunday you have a problem, because they’re closed on Sunday. Now it’s hard for me to understand that fact as being anything but Chick-filet is exercising a religious belief through a corporate form.

O’BRIEN: The contraception mandate does make exceptions for churches and religious-oriented nonprofit corporations. There’s a “grandfather” provision exempting many other plans, and the law doesn’t apply to companies with fewer than 50 employees. That adds up to millions of American workers who are exempt—so many, in fact, says Clement, that all the exemptions undermine any claim that the mandate furthers a compelling government interest, as the law requires. 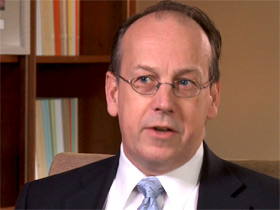 CLEMENT: We’ve never had a law exactly like this, where the government tells me that I have to pay for somebody else’s abortifacients or contraceptives. I think to this point the government has recognized, you start talking about abortion and contraception, you are treading on religiously sensitive topics.

O’BRIEN: The issue has generated more than 80 “friend of the court” briefs offering advice from hundreds of different organizations. Nearly all the religious groups opposed the contraception mandate. And overall, those in support of Hobby Lobby outnumber those in favor of the mandate by roughly a 4-to-1 margin.

The contraception mandate was drawn up by the Department of Health and Human Services and follows a report from the Institute of Medicine, a nonprofit division of the National Academy of Sciences The Institute concluded that contraceptives help reduce unwanted pregnancies, which reduces the number of abortions, but that many women do not have the resources to buy the contraceptives they need, or those that will be most effective. Dr. Linda Rosenstock, dean emeritus of the UCLA School of Public Health, chaired the committee of 17 health care professionals that drafted the Institute of Medicine report:

O’BRIEN: While Hobby Lobby may have the support of mainstream religions in the U.S., the health care community has rallied behind the government and the contraception mandate. 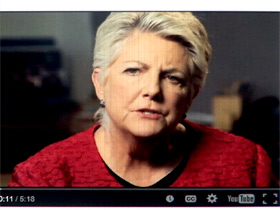 O’BRIEN: The Guttmacher Institute, a national and international champion for women’s health and reproductive freedom, tapped another Supreme Court heavy-weight, Walter Dellinger, to make its case. Dellinger, solicitor general in the Clinton administration, says even if Hobby Lobby is a person at all under the law, its claim to religious freedom is weak:

WALTER DELLINGER (Attorney for Guttmacher Institute): Even assuming corporations can assert rights under the religion clauses or the Religious Freedom Restoration Act, a corporation is very unlikely ever to establish a claim that it has a conscience that is being violated or overridden. There just isn’t a tradition of a for-profit corporation having a soul, or being faced with damnation.

O’BRIEN: Dellinger says not only is the government’s interest compelling, but if there’s any burden, it is not on those who run Hobby Lobby, but rather on the company’s employees, who lose benefits because of the religious convictions of their employer, convictions they may not share:

DELLINGER: The compelling governmental interest here is that companies not be allowed to impose their religious views on their own employees in a way that substantially burdens the employee’s right to make her own decision about whether or not she wishes to use contraception. 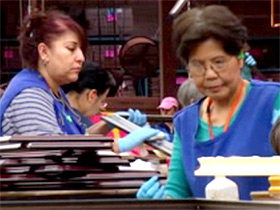 O’BRIEN: The implications of the Court’s ruling could be enormous, defining what laws a person or corporation may challenge on religious grounds and under what circumstances government policy might override the exercise of individual religious faith.

BOB ABERNETHY, host: Tim O’Brien is with us now. Tim, welcome. What are the likely implications of whatever the Court decides?

TIM O’BRIEN, correspondent: Bob, one of the areas where government and religion are not always on the same page is gay rights. As you know, some religions don’t even recognize gay rights. A victory for Hobby Lobby in this case would seem to give people of faith an upper hand in this dispute. Consider this: Congress is considering legislation to prohibit discrimination in employment based on sexual orientation. Well, if Hobby Lobby is upheld in this case, that would be a weapon. Employers could say, “It violates my religious faith to hire gays and lesbians,” and it might work.

ABERNETHY: And what about it spreading to all kinds of other ideas, for anything? Could an employer say, “My religious beliefs are such I don’t want to obey the law”?

O’BRIEN: It could, and it would put courts in the very uncomfortable position—a position [in which] they’re making a decision they’re really not well suited to make, as to what is a religious exercise and what is a substantial burden on that exercise.

ABERNETHY: And quickly, what if they come down with the government?

O’BRIEN: It depends on the scope of the decision, but a broad decision would be very important. There are other challenges to the contraception mandate percolating through the lower courts. A broad decision in the favor of the government would probably do away with those cases.

ABERNETHY: So, Tim—when are we going to know?

O’BRIEN: Bob, this is a tough case. It’s going to divide the court. I would expect it to go down to the wire, at the very end of the term. Expect a decision the last two weeks of June.

ABERNETHY: Tim O’Brien, many thanks.

The Supreme Court prepares to hear arguments next week in the deeply divisive “Hobby Lobby case.” The religious owners of the craft chain, and other plaintiffs, say the Affordable Care Act, violates their religious freedom by requiring them to buy certain kinds of contraception insurance for their employees. What limits should there be, if any, on persons, including owners of corporations, claiming a religious exemption from Federal law?