BOB ABERNETHY, anchor: In France, a major ethical debate. The government has stepped into a furor over whether there is or should be a right not to be born. The highest court implied there should be, but the National Assembly said no. Paul Miller reports from Paris. 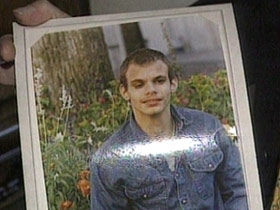 PAUL MILLER: Nicolas Perruche, now 18, is deaf, mute, mostly blind and has other physical and mental disabilities. His mother was exposed to German measles, which can cause serious birth defects. She asked her doctors if she could safely continue her pregnancy. They said yes.

The parents sued, charging malpractice, and won. The parents said they should have had an abortion, and sued again. A year ago France’s highest court awarded them more money on behalf of the child and not the parents.

The ruling said Nicolas could claim damages because doctors had not detected his disability in the womb. The decision never used the phrase “wrongful birth”, but it was widely interpreted to have established that concept.

Some legal experts said the recognition of the child’s right to damages effectively created a right NOT to be born. 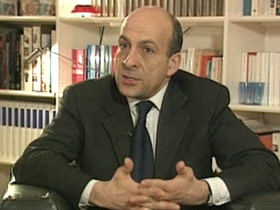 Professor LAURENT AYNES (Sorbonne University): Your damage is that you are in life. Why is it a damage? Because you are handicapped. And the remedy is that you should have been aborted. The way of reasoning is that for this child it would have been better not to be born. So he can sue the doctor because he was born.

MILLER: It was not an isolated case. Recently the same court ruled that a child with Down’s syndrome was also entitled to more money from a doctor who didn’t notify the mother, who said she would have had an abortion if she had known. The French Catholic Church said the verdict was an insult to people with Down’s syndrome and their families.

Groups representing the disabled were outraged, saying that, in effect courts were deciding that some people were worth less than others, or worth more dead than alive. 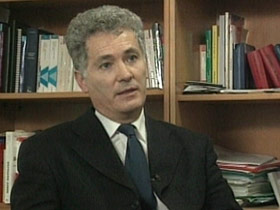 GUY MARECHAL (Attorney for the Disabled): It was based on the notion of wrongful life. We cannot accept the idea of a “wrong life.” For us, life can only be right and not wrong. You cannot say that a life is of a lesser value because you suffer a handicap.

MILLER: Some people predicted France would soon be practicing eugenics — that abortions would increase, that doctors would recommend ending pregnancies at any sign of trouble rather than risk legal action. Indeed, the court rulings and rising insurance costs have caused many doctors to stop obstetric ultrasounds. They don’t want to be sued for missing something.

Dr. BERNARD HUYNH: Mostly in France you have examinations for the screening of abnormalities of the fetus, and that sort of examination we are going to stop now.

MILLER: Some say that’s unethical but the anger of the doctors, the disabled groups and others forced the government of Prime Minister Lionel Jospin to introduce legislation to change things.

The National Assembly passed a bill saying that no one can claim to have been harmed simply by being born. The bill may be modified, but the main issue has been decided: France does not have a “right not to be born.”