BOB ABERNETHY, anchor: By a vote of 64 to 33, the Senate this week passed a bill that would ban the controversial late-term procedure sometimes known as partial-birth abortion. House passage is expected this spring. Meanwhile, the latest weapon in antiabortion protest has triggered an ethical and legal debate. That weapon is photography. Lucky Severson reports.

LUCKY SEVERSON: It's a familiar battle scene played out at Planned Parenthood clinics around the country: protesters shaming, "Dad, take responsibility for your family," screaming, "You are evil," pleading, "Come on, Mom, don't kill this baby," intimidating, "It's murder," fervently convinced they are on a mission for God. Only now the mission is changing. Before they only yelled at women, but targeted blame at doctors and staff members. Now they're targeting women -- with cameras. 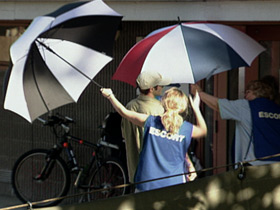 KEN SCOTT: The wages of sin is death!

SEVERSON: Ken Scott and his wife, Jo, met at an antiabortion rally in 1996. Each is driven by personal experience. He once paid for a girlfriend to have an abortion, and has always regretted it.

SEVERSON: She was in midwifery, tormented by aborted pregnancies. Both devout Christians who now call themselves journalists, much to the consternation of Planned Parenthood. This is Ellen Brilliant.

ELLEN BRILLIANT (Planned Parenthood): The journalists that we've worked with over the years don't harass people. They don't intimidate people. The protesters have been here long before they've been claiming to be journalists. 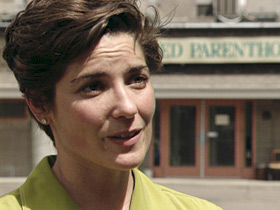 SEVERSON (to Mr. Scott): You're loaded to take how many shots today?

Mr. SCOTT: Approximately 440, and then I have a backup chip.

Ms. SCOTT: We have several reasons for doing it. Of course our main reason would be shame, restigmatation -- restigmatizing of abortion and the women that get abortions, because shame is a powerful tool.

Ms. SCOTT: We will use any and all of legal, faith, available means to us to end abortion.

Mr. SCOTT: No regrets! It's the rest of your life!

Ms. SCOTT: And as you know, it has put abortion on the forefront of people's minds lately.

SEVERSON: The cameras were Neal Horsely's idea. He says putting the issue on the forefront is the only way to save the antiabortion movement. 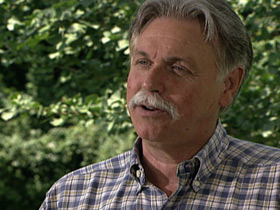 NEAL HORSELY (Founder, www.abortioncams.com): You can't keep doing the same thing over and over and expect different results. If you do that, you either are stupid as a rock, or you really don't want to see things change.

SEVERSON (to Mr. Horsely): Show me some of these pictures.

After Ken and Jo take their pictures, they download them into a computer and e-mail them to Neal Horsely in Georgia, who posts them on one of his Web sites. He says he has photographers sending him pictures from 25 states -- as many as 500 photographs a week.

(to Mr. Horsely): You just passed by a woman's picture right under -- right there. What's this?

Mr. HORSELY: The only thing we know for sure is they're people who are in the area around these abortion clinics. And that's all we say.

SEVERSON: So these people may have absolutely nothing to do with the abortion clinic.

Mr. HORSELY: Well, they're all going in. They're all participating in that environment.

SEVERSON: But it's sloppy journalism, Neal. We don't know what these people are doing in the vicinity of an abortion clinic.

You're going to be on TV for killing your baby. Is that what you want?

UNIDENTIFIED WOMAN: How do you know that's what we're even here for?

Ms. SCOTT: All we do is put a picture on the Internet. We don't put names. We have no idea who they are.

HELEN WOLCOTT (Planned Parenthood): They try and get license plate numbers, and they trace names through that.

SEVERSON: Planned Parenthood escort Helen Wolcott has been an escort for 20 years. Says one antiabortion Web site listed her as "Helen the Devil."

Ms. WOLCOTT: The numbers of protesters has escalated. And their tactics have just gotten more and more attack-mode. They believe they have the right from God to impose their views on everyone. 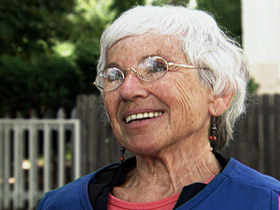 SEVERSON: For Rachael, as with millions of Americans, the issue is deeply personal. She had an abortion five years ago -- before the cameras -- when she was 18. The father was still in high school.

RACHAEL: For me, an abortion was the only option. It was responsible. If I had had a child and kept it at that point, I would be living at home, you know, with my father and my stepmother. I would be working at, like, McDonald's because I wouldn't have a college education. What kind of life is that for a child, I have to ask you?

SEVERSON: Rachael says the cameras would not have prevented her from getting an abortion, they would only have added to a highly stressful situation.

RACHAEL: This is a choice these people come to after thinking long and hard about it, and they should be able to do that freely without getting harassed, without getting pictures taken of. It's a violation of privacy. And to be posted on the Internet where anyone can see it is just completely wrong and horrible.

SEVERSON: There have been some lawsuits from people arguing that the cameras violate their privacy and threaten their safety. Ultimately it will be the courts that decide whose rights prevail in all this. Is it a woman's right to privacy -- a right not found in the Constitution, but increasingly recognized by the courts? Or is it the antiabortionists' First Amendment right to freedom of speech? 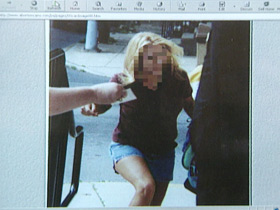 Neal Horsely claims he gets constant hits on his Web sites from around the country.

Mr. HORSELY: Because this location where human beings are being killed has been decreed to be legal, the journalists of the nation have turned their eyes away. As a journalist, I say, "Let's don't turn away."

SEVERSON: He says his holy crusade recently cost him a good-paying job as a computer specialist with a Fortune 500 company, that he has enemies everywhere and is always receiving viruses.

Mr. HORSELY: I just got a virus. Somebody just tried to send me a virus.

(to Mr. Horsely): What if someone -- is identified here, gets hurt?

Mr. HORSELY: What I have to do is measure the theoretical possibility that something might occur with this story against the fact that if I don't do this, there is nothing being done to effectively eliminate or arrest the slaughter of these babies.

Mr. SCOTT: We're here because of tough love, Dad. We don't hate you.

SEVERSON: It is not only women. Men's pictures appear on the Web site as well.

Ms. SCOTT (to Unidentified Man): Why are you hurting?

Ms. SCOTT: Look, we can help you. Turn to Jesus instead of your sulkiness.

SEVERSON: The real danger with cameras, in Rachael's mind, is that they could stop women from going to Planned Parenthood to get needed treatments other than abortions. 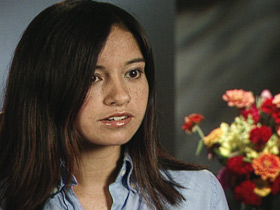 RACHAEL: The only thing they're going to do is make people so angry that they're not going to go in for their annual exams and, God forbid, something happens -- they don't catch cervical cancer or something. Because these people can't go to Planned Parenthood because people like these antiabortion protestors are taking pictures of anyone to post on the Internet.

Ms. SCOTT: They may be coming for birth control or ultrasound.

SEVERSON: There for a different reason.

Ms. SCOTT: They may be coming [for] a myriad of reasons. Most of the time, I can tell you who's getting an abortion, who isn't.

SEVERSON: Neal Horsely says he hopes to have photographers sending in pictures from all 50 states by the end of the year, and he is talking of starting an antiabortion cable channel. His biggest worry is that the courts will ultimately decide he and his photographers have taken journalism a step too far.

Mr. SCOTT: All the alcohol and drugs will never wash away the memory of killing your child!

The latest weapon in anti-abortion protest, photography, has triggered an ethical and legal debate. Before, the anti-abortion protestors only yelled at women, while targeting blame at doctors and staff members. Recently, they have started to take pictures of the woman in an effort to shame them away from Planned Parenthood.